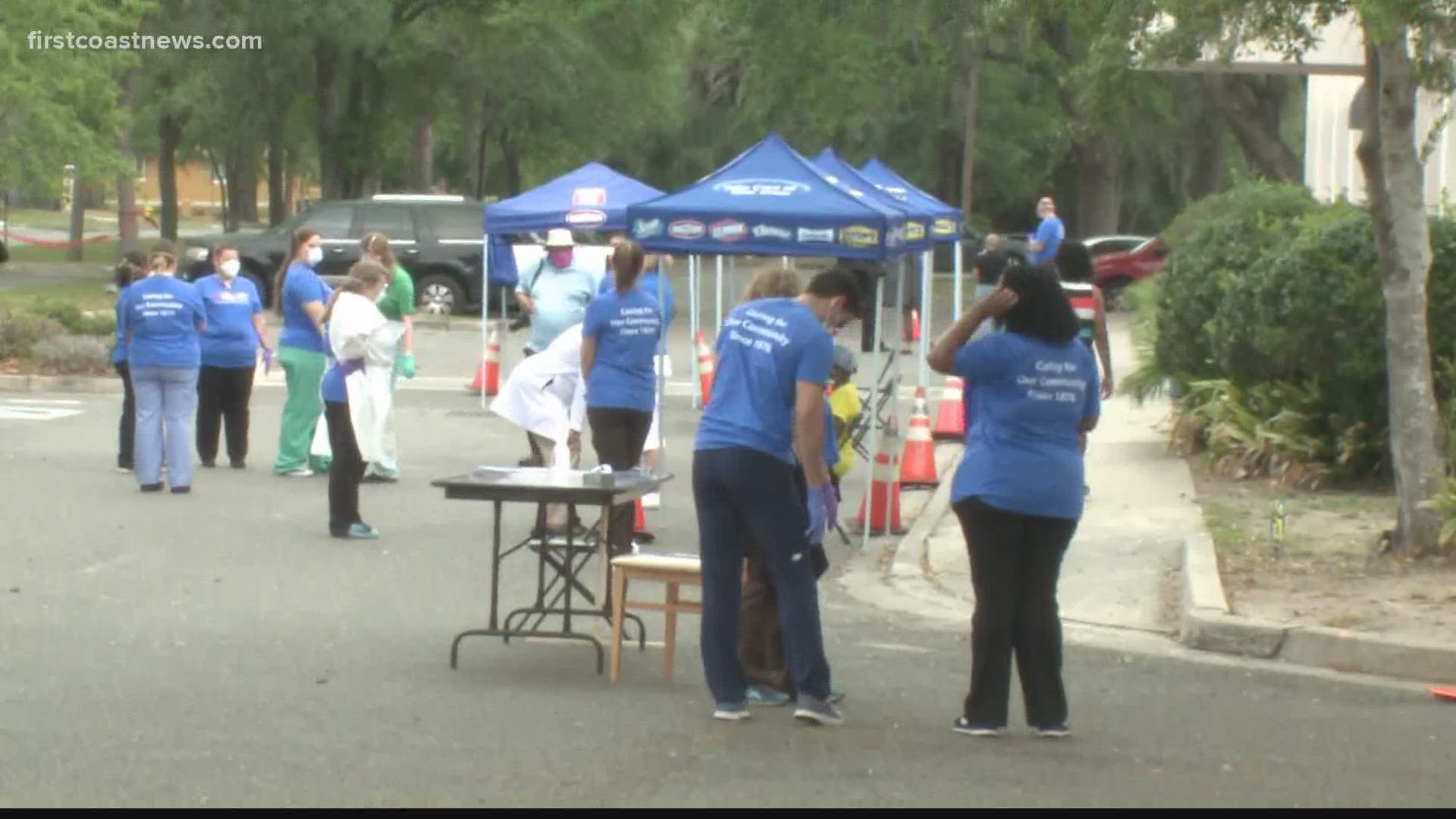 Dozens of people are being tested Wednesday at a new coronavirus testing site located at the Emmett Reed Community Center in Jacksonville.

This is part of the governor's push to get coronavirus testing to underserved communities. The testing is being offered through a partnership between the state health department and UF Health Shands.

The site at the Emmett Reed Community Center on Sixth Street is open Wednesday from 9 a.m. to noon. It will be set up again Friday at the community center from 1 p.m. to 5 p.m.

Next week testing will be available in more communities: Brentwood, Twin Towers, Centennial Towers, and Hogan Creek. The locations and times have not been announced yet.

To get the testing you have to be 65 or older or have a UF Health Jacksonville primary care physician. However, they're also testing people who don't meet the criteria and don't have symptoms as part of a UF research study. They'll be evaluating a cross-section of the public, which is about 2,000 people over the next few weeks.

First Coast News spoke with Whitney Robinson who is on the COVID-19 health advisory committee for the Poor People's Campaign. She says data from a neighborhood out of New York shows more tests done in poverty-stricken neighborhoods are positive.

"Places that don't need them as much are getting more of them and the places where the people who need them more are getting fewer of them," Robinson said. "It's a major problem and that seems to be tracking with poverty and with racial-ethnic minorities."

Underserved communities are more vulnerable when there's an outbreak; even with the flu CDC data shows hospitalizations are double those in higher-income areas.

"So if you have a five-person family living in a two-bedroom apartment that's considered crowding and for a lot of people that's what they can afford but if you're living in those conditions that's gonna be more spread of the virus," Robinson said. "We want the equity and attention to places where this virus is growing."

UF Health officials say they will announce the locations and times for next week's testing sites soon. You can also call 904-244-4420 with any questions.