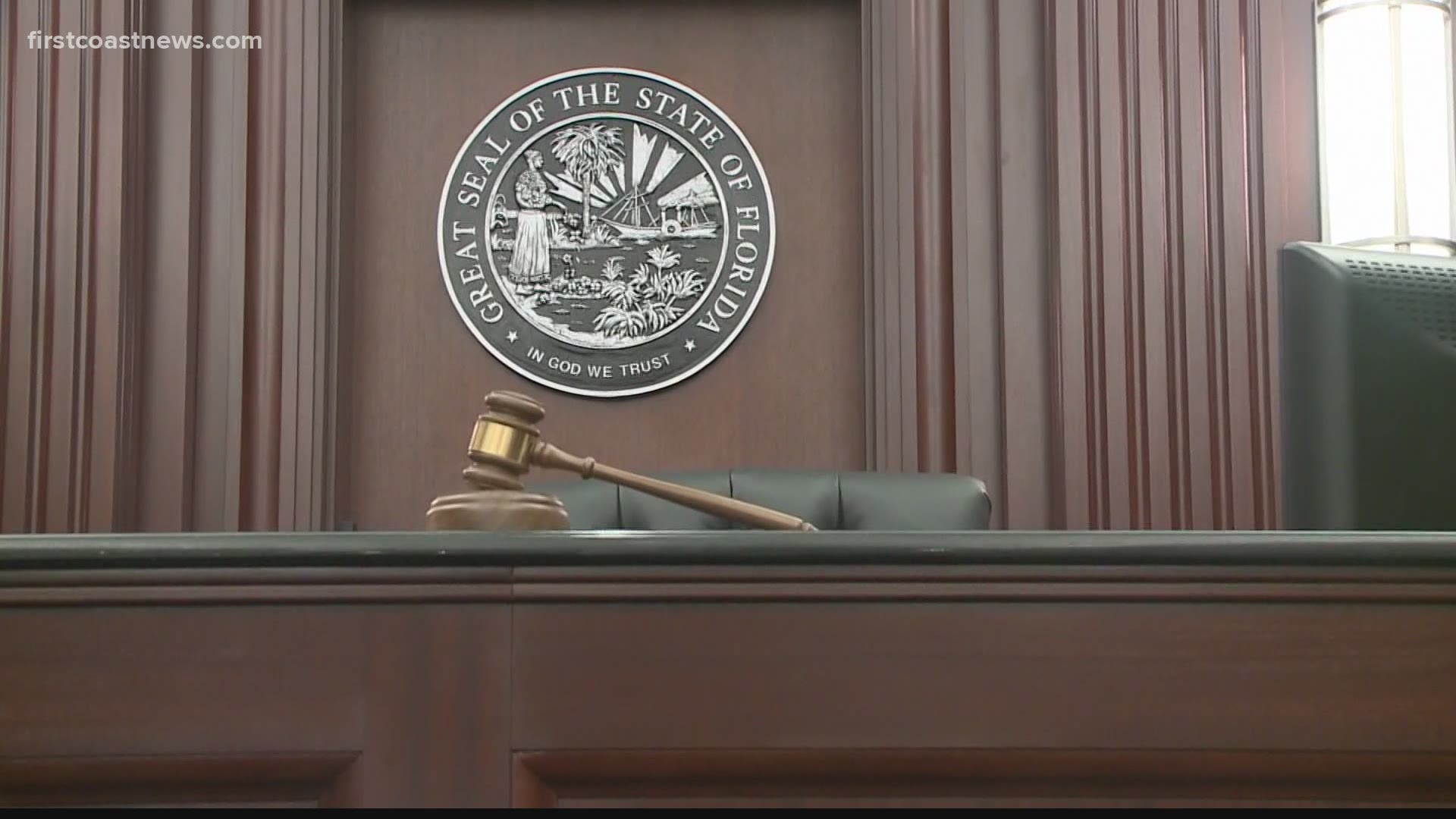 The Sheriff's Office, the State Attorney's Office and Chief Judge Mark Mahon didn't return requests for comment Wednesday afternoon when rumors started flying about the spread of the deadly disease in the Duval County Courthouse.

On Tuesday, a juror who was part of jury selection for two of the trials said his wife was feeling symptomatic, though she hadn't yet been tested for the disease. Then one of the defendants, Graves, said he felt sick.

Judge Borello, according to those in the courtroom, told Graves it was possible he was faking it, he had a cold or he was in fact infected with COVID-19. After more than an hour of litigating a motion to delay the trial, the judge asked Graves what he wanted. Graves asked that the trial be delayed, and then he tested positive.

Borello told the Times-Union he can't comment on cases.

"We are trying to monitor the safety of our attorneys and employees while also trying to balance the constitutional rights of each client," said Jan Abel, the circuit director with the Office of Criminal Conflict and Civil Regional Counsel, which handled Graves' case. "It is our unfortunate understanding that both courtroom staff and our client have tested positive for COVID-19 while a jury trial was in session. We are concerned for all involved. While we remain steadfast in fully representing our clients, we also acknowledge that the safety of all involved is most important and should be considered for all parties concerned."

As Thanksgiving approaches, Graves' two defense attorneys are quarantining and waiting for their own results.

“This couldn’t have happened at a more horrible time," Abel said.

A Sheriff's Office staffer who took fingerprints tested positive in the Graves case, too. It's not clear if it was the same staffer or not.

"The system is going to have to make some accommodations, and I don’t know that rushing to trial is the accommodation the system needs to make," Wright said. She is also quarantining and awaiting test results. She said she doesn't know if the Sheriff's Office will even tell her or her client the test results. So far, she said she and her clients have been unable to find out test results from the Sheriff's Office in the past. "They're not very forthcoming on the results."

Both Crowley and Graves face charges of possessing a firearm with a felony conviction. Graves also faces a charge of cocaine possession.

Wright said a prosecutor told her that all the print examiners are under quarantine.

The Sheriff's Office and State Attorney's Office didn't respond to the Times-Union.

For about a week in June, the Sheriff's Office gave daily updates on COVID testing in the jail. The office then stopped doing so.

In August, the Sheriff's Office relaxed its policies, according to Action News, no longer requiring employees to test negative before returning to work.

That month, the commanding officer overseeing fingerprint examiners died due to COVID-19.

Three trials set to begin this week were delayed after a Jacksonville Sheriff's Office fingerprint examiner and a defendant tested positive for the novel coronavirus. https://t.co/w6AgvK8vds

RELATED: Some criminal trials to resume in Duval County next month