Being optimistic, sticking to a routine, and spending time together as a family are ways experts say you can help your children during the pandemic. 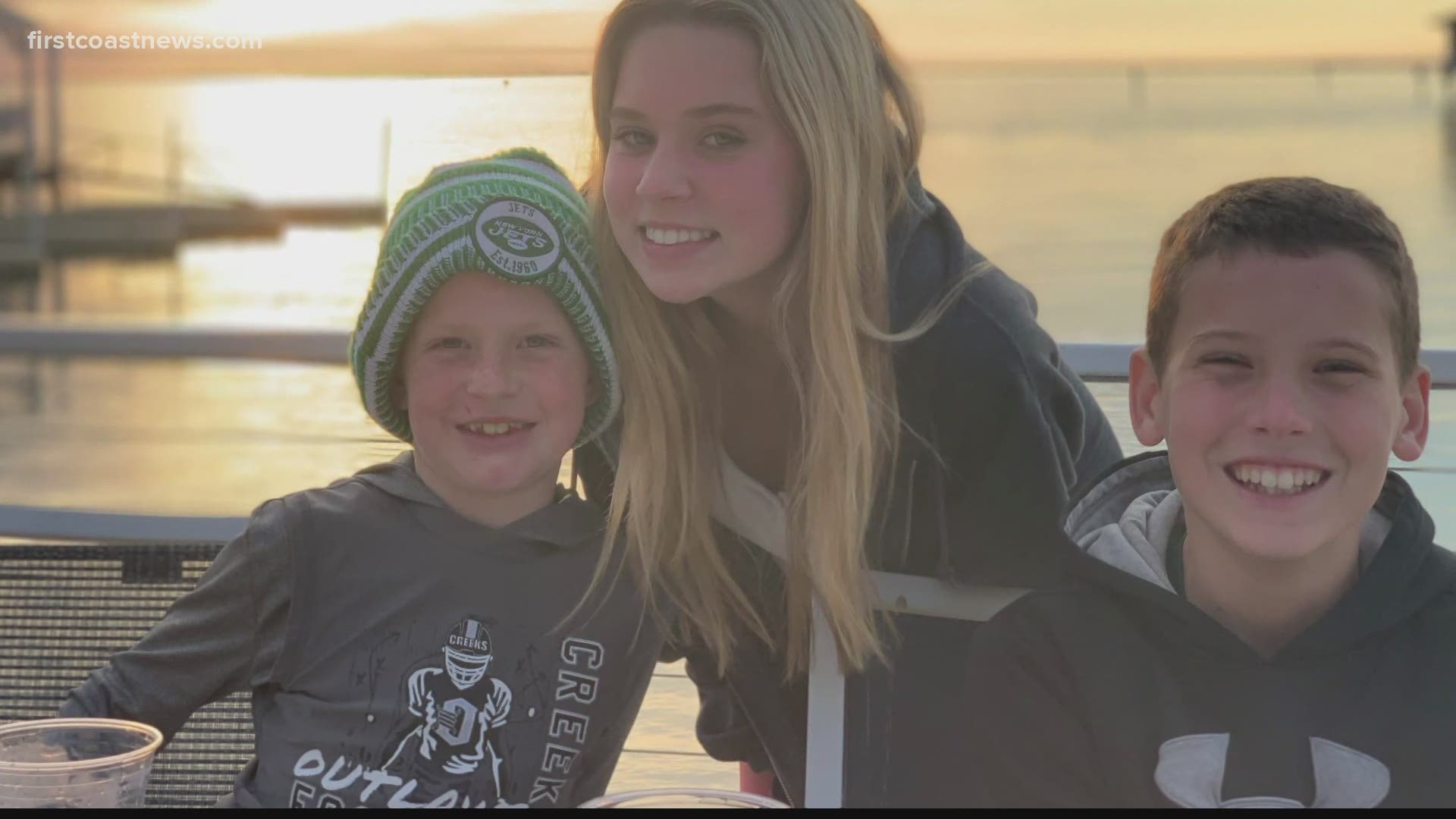 JACKSONVILLE, Fla — As life begins to get back to normal, children, like adults, are adapting to the new norm. Chatting over Zoom, social distancing and face masks have become commonplace.

Siblings Connor, 8, Baylor, 11, and Madeline Riley, 14, are among those adapting to the changes.

“I went distance learning just so I could have more time myself,” Madeline Riley said.

A freshman at Bartram Trail High, she never considered learning from home before the pandemic.

“Now instead of having periods where I have to be at a certain place at a certain time, I can kind of do my work faster and on my own which I like better,” Madeline Riley said.

Ann Masten, a professor at the Institute of Child Development at the University of Minnesota, said the pandemic has impacted children differently.

“Kids are often reporting that they're more anxious or sadder or missing their friends, feeling more isolated, that sort of thing," Masten said. "And that's pretty typical, when you have major changes in your life."

However, there are silver linings. Children, like the Rileys, have enjoyed more family time.

“We have gotten a lot closer as a family because before I could just go out, but when we kind of had to stay inside, we all just were together and had to spend a lot more family time,” Madeline Riley said.

For the Riley boys, playing baseball has helped give them a sense of normalcy. Masten says having a routine can definitely have a positive impact on kids.

“The most important thing is to kind of keep the family going with a sense of optimism. Pay attention to your kids. Try to do things together,” Masten said.
“Be outside. Take time for family games. Some families, I think, are rediscovering that some of the old-fashioned activities are fun.".

Masten, who studies resilience, said it is important for kids to be able to socialize. The additional screen time during the pandemic isn't necessarily a bad thing.

“Even if it's online, having connections with other people is critically important for resilience,” Masten said. “Most of the early data I've seen so far indicates that kids who have kept up with their social ties by using screens, that's been positive, particularly for adolescence.

Parents can play an important role in helping shape their children’s mindset.

“Kids need a sense that things are going to improve," Masten explained. "People are working on this to make it better and give them a sense of hope for the future.

She is most concerned about the children who were already struggling before the pandemic.

“I worry about children that have been disconnected from school that may be struggling at home because they don't have enough food, or they don't have enough support, or they live in a dangerous environment, but we don't know what's going on with them because you get we don't have the normal systems that are connecting children, particularly school is important,” Masten said. “I worry about that, because they were already behind, already struggling with mental health issues.”

“Everything we know about resilience from other research suggests that as things get back to normal, or the new normal, we will, by and large carry on and do well. I mean, we are adaptable, and kids are particularly flexible and adaptable,” Masten said. "Most children recover and get on with their lives and do well."

The Rileys are ready for the pandemic to be over, but they are focusing on the positives and appreciating their new perspective of what really matters.

“Ever since the pandemic, a lot of things have changed with how like I view the world and so many other people in my generation,” Madeline Riley said.

Masten says parents know their children best, so if you see changes in their behavior that concern you, seek help.

Wolfson Children's Hospital has a free, confidential Helpline  for parents, kids and teens. That number is 904-202-7900 and is available 24 hours a day seven days a week.