Couple who recovered from COVID-19 sends thanks, warns others about virus

Kyle and April Abernathy are finally home after battling coronavirus. 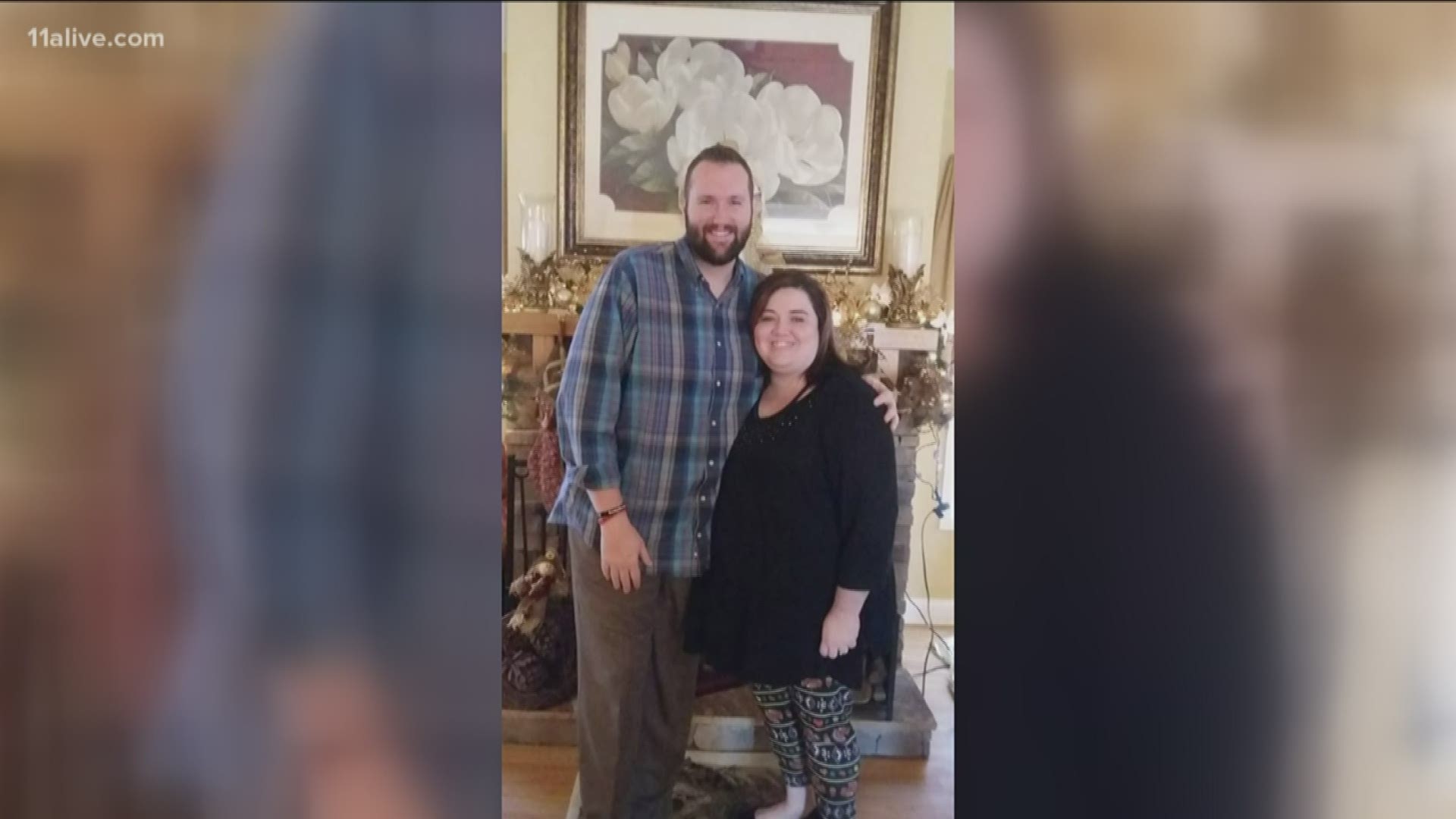 FLOYD COUNTY, Ga. — A local couple is finally home from the hospital after a long and critical battle with COVID-19. April and Kyle Abernathy were just reunited with their young children after they were given a clean bill of health.

"I'm just really thankful to be alive and be back home with my husband and kids," she said.

Her husband, Kyle, was hospitalized first in Floyd County.  A few days later, April had to be rushed to Emory to be placed on life support.

"It was still very lonely. And it's just a lonely virus, there's no other way to explain it," said Kyle.

Kyle couldn't see April or talk to her as her condition worsened. She was in isolation and on a ventilator there for three weeks.  Family said said her nurse called her recovery a medical miracle.

"I have a tongue injury from being intubated, so my speech is a little off, but other than that and just being weak, I am undergoing physical therapy to get my strength back in my legs and my arms, but other than that, I'm doing really good," she said.

They said they believe they contracted the virus after attending a church service in Bartow County, March 1. The church reported on Facebook that more than a dozen people got sick, and at least two people who were there have died.

"Knowing that there are people in our community, people who we know who have passed away from this virus, it brought a lot of fear on me," April said. "Fear of what if I have a relapse, and this does kill me? Fear of bringing my children back home, I wanted to make sure we were completely healthy," she said.

Kyle and April were quarantined away from their kids for a few days to make sure they were totally healed before bringing them home. She said it was really hard for her 6 year old.

"He wanted to come home,  he just wanted his mama," she said.

Now that they're all back together, they want to warn other people to stay vigilant against the virus.

"We are both in our mid 30s, have no underlying health conditions, and this almost took me out," she said.

They both say their faith helped carry them through the sickness and they want to help others however they can.

Kyle said they are willing to donate plasma to help others battling the virus recover.

"We've just been inundated with help, assistance, people pouring their hearts out to us and if that's one way to give back, I would do it in a heartbeat," he said.

'I was fortunate': 95-year-old WWII vet survives the coronavirus