With 10,109 new cases reported statewide and 767 in Duval, concern about spreading the virus grows ahead of a holiday weekend. 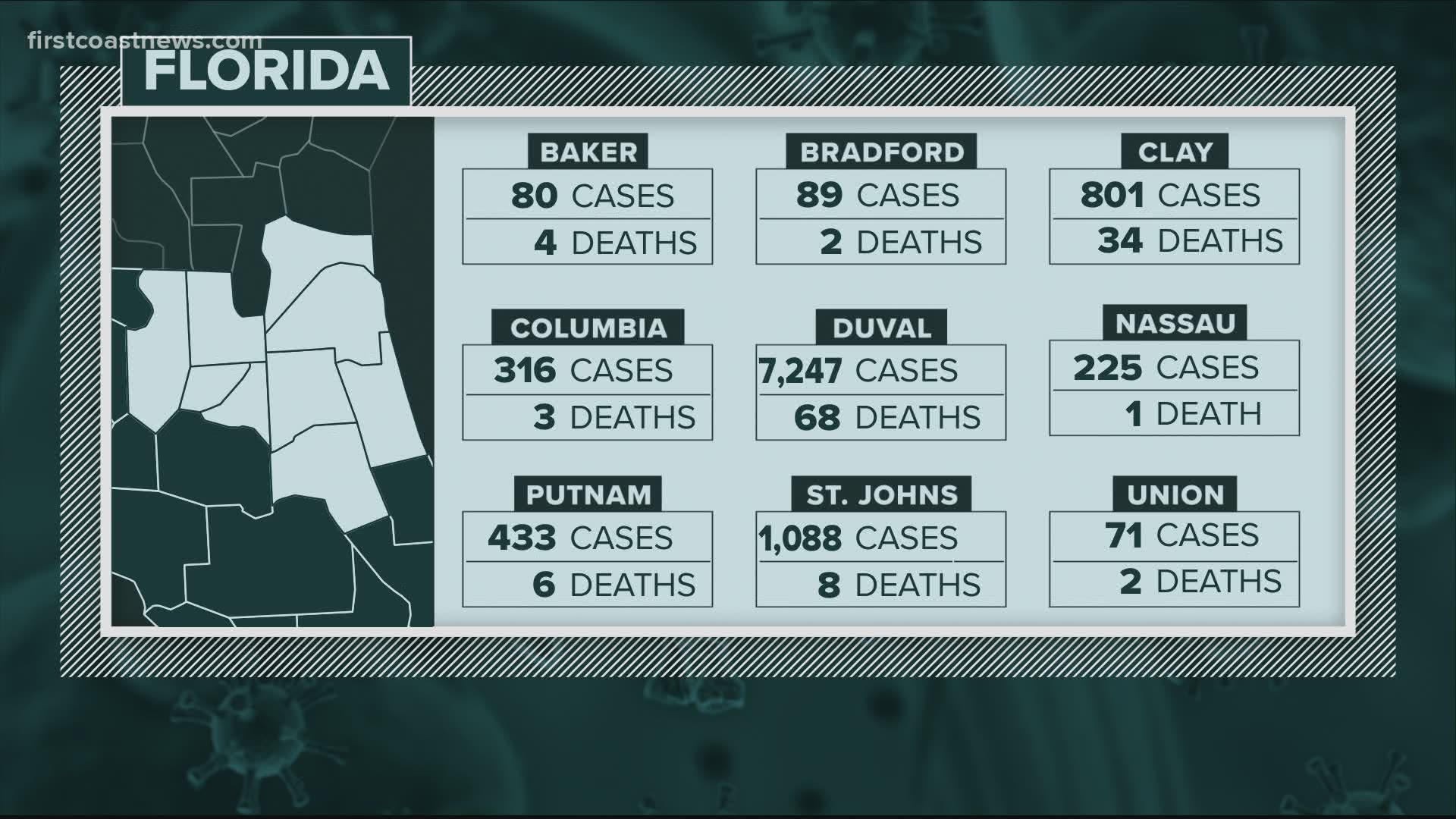 The addition of more than 10,000 Florida coronavirus cases Thursday and record numbers around Jacksonville have fueled health care concerns and election-year maneuvering ahead of a holiday weekend ripe for community spread.

“We are feeling a little bit strained from a staffing standpoint,” said Chad Neilsen, director of infection prevention at UF Health Jacksonville.

The 603-bed hospital has room for lots of extra patients, but Neilsen said Independence Day partying could lead next week to a surge in coronavirus hospitalizations similar to one Jacksonville hospitals began experiencing last month.

The hospital’s count of COVID-19 patients rose from eight to 38 in less than two weeks, he said, and for all hospitals in Jacksonville the number of coronavirus patients had increased more than 150 percent.

Neilsen said the jump could be repeated if people don’t take steps like wearing masks to prevent more spread.

“We’re bracing ourselves,” Neilsen said. “This isn’t going away. This virus is here. ... We’re fending for ourselves right now.”

Others were worried too. Fernandina Beach’s City Commission voted Thursday to require anyone over age 6 to wear a face mask or covering if they’e in a public indoor space and can’t practice social distancing.

Nassau County commissioners were scheduled to vote on a face-covering rule Thursday night.

The Florida Department of Health reported another 767 cases in Duval County Thursday morning, growing the total number of cases since March — 7,247 — by more than 10 percent in one day.

Across Northeast Florida, the total cases rose by 1,027, said a report from the Florida Department of Health. The region’s total load of cases stands at 9,874 in the region.

Tests processed Wednesday showed a positive rate of 15.4 percent in Duval County, higher than the state average and higher than any Northeast Florida county except Putnam, which was 16.3 percent positive.

“What’s happening in the Sunbelt is very different from what happened two or three months ago,”

Pence said, referring to surges in the virus reported on a string of Southern states.

Pence said the challenge now is to prevent spread of the virus while restoring business and jobs that were interrupted by stay-at-home orders issued in the springtime.

“We trust our governors and we trust our states to make the decision that are appropriate,” Pence same, promising the federal government would ensure states had protective equipment and testing materials needed to handle the virus.

Asked about concerns for the safety of holding the Republican National Convention in Jacksonville next month, Pence said he was looking forward to being in the city.

He said he had been told about sophisticated plans to protect people going to the gathering, which is expected to draw tens of thousands of visitors.

Meanwhile, state Democrats argued the right choice was to simply not hold the convention here.

“Donald Trump’s disastrous response to coronavirus has already cost more than 128,000 Americans their lives, and now he is threatening tens of thousands of Floridians so he can give a speech,” Terrie Rizzo, state Democratic chair, said in written comments about the ad. “Donald Trump needs to weigh the interests of public health over his ego.”