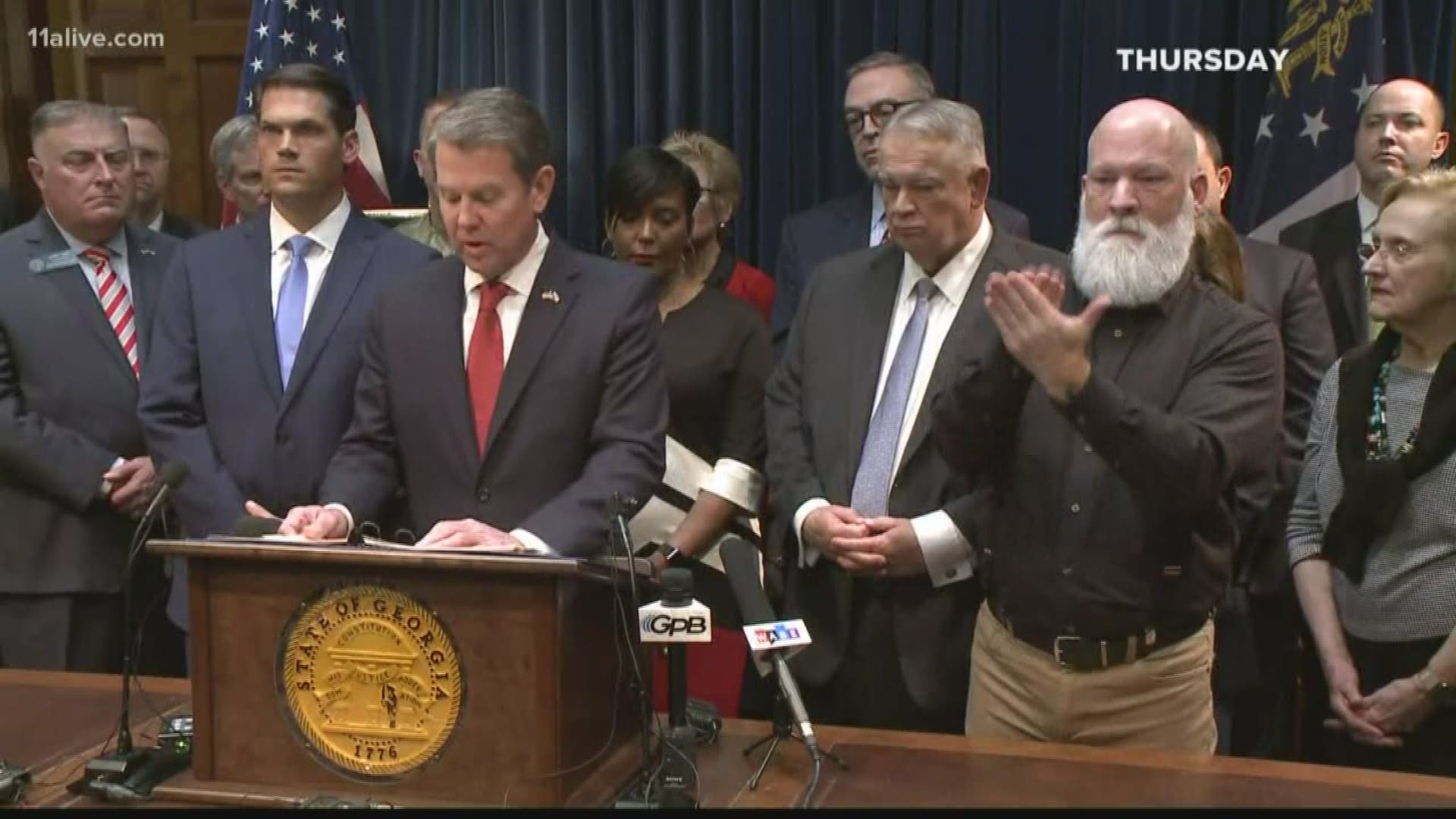 UPDATE: On April 8, Gov. Kemp announced he is extending the public health emergency until May 13. It was originally set to expire on April 13.

ORIGINAL STORY: Amid the spread of coronavirus around the globe, Georgia's governor has announced the state will be under a public health emergency, effective Saturday.

It is believed to be the state's first-ever declaration of its kind, according to state records.

According to the governor, the declaration will greatly assist health and emergency management officials across Georgia to deploy all available resources "for the mitigation and treatment of COVID-19."

In addition, the governor has called for faith-based organizations and similar groups to consider the cancellation of public events and services where necessary.

"Elderly citizens and those with chronic, underlying health conditions face a serious threat to their health, and we must do everything in our power to reduce risk associated with this virus," the governor said in a statement announcing the move. "Continue to support one another, be mindful of potential exposure, use best practices to prevent infection, and pray for your fellow Americans in the weeks ahead."

As part of the announcement, Kemp plans to call for a special 8 a.m. session of the General Assembly at the State Capitol Monday on March 16 to ratify the action through a joint resolution.

List of things closing around Atlanta due to coronavirus

List of things canceled or postponed around Atlanta due to coronavirus