'I’ve been doing this for 35 years and I’ve never seen one like this before in my life.' 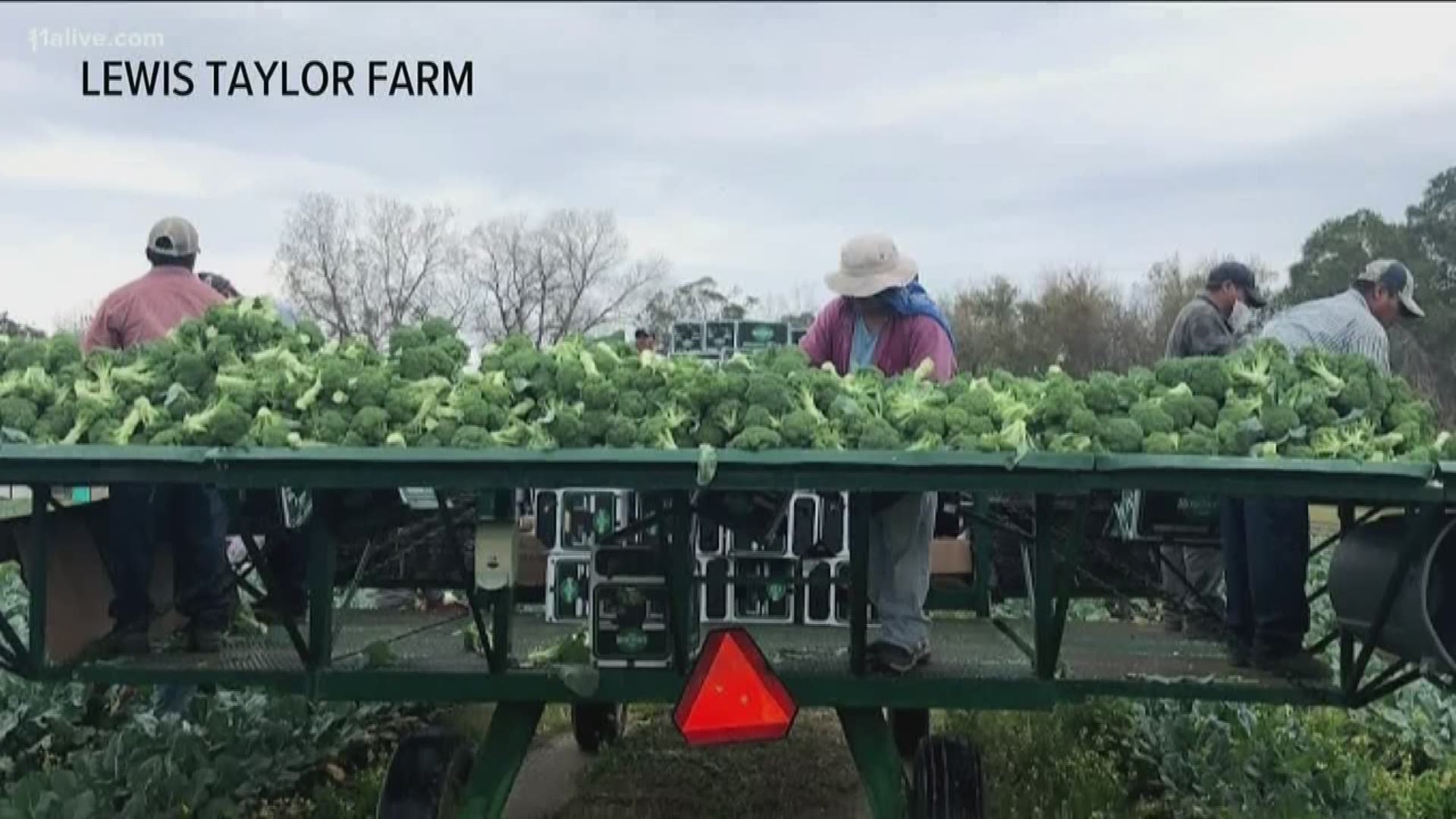 TIFTON, Ga. — Farmers are being hit hard by the coronavirus outbreak.

Closed restaurants and schools have slashed demand for produce and dairy. And with crops on the brink of prime harvest time, there are not enough workers to get the job done.

"I’ve been doing this for 35 years and I’ve never seen one like this before in my life," said Bill Brim, owner of Lewis Taylor Farms in Tifton.

It is one of the largest farms in the southeast. It ships produce all over the country -- to restaurants and major grocery store chains like Kroger, Costco, and Walmart.

At this time of year, the farm should be buzzing with workers and orders. Instead, Brim said it's a bundle of nerves on his farm.

Right now, the farm is more than 200 workers short for the harvest season.

"We’re at the burden of paperwork being done on time and on top of that the burden of a disease that we’re so fearful of," said Georgia Commissioner of Agriculture Gary Black.

Most of the workers come from Mexico, but work visas have been delayed because of the virus.

"If they don’t have workers, the crops will not be harvested," said Black.

It's an industry that can't afford another tough season. Many farmers are still trying to recover after being ravaged by Hurricane Michael.

Meanwhile, grocery store and restaurant sales are a fraction of what they should be.

"Our sales have gone from 7 to 10 thousand boxes of greens and broccoli a day to hundreds of boxes," said Brim.

Black said it creates a real challenge for retailers to get their orders correct, trying to predict what demand will be.

With schools closed, dairy farmers are also getting hit.

"School lunch and food service are about 50 percent of the dairy market in America," said Black.

Last week, Providence Dairy in Climax, Georgia posted videos to Facebook showing more than 50,000 pounds of milk they had to dump. The farm said it was told stores were full.

Black said that now, more than ever, farmers need some relief.

If something doesn't turn around, Brim fears it will put his 7,000-acre farm out of business. That would have a trickle-down effect on Georgia's $70 billion agriculture industry.

For ways on how to pump money back into Georgia's farming industry, Black said to visit georgiagrown.com.

A bear of a birthday: neighborhood decks out houses, throws 4-year-old a party from a distance