Clearing up confusion over exceptions to Maryland's mask mandate | #TheQandA

A Prince George's County gym owner said she got a warning for not wearing a mask while working out -- but she thought that was exempt. The Q and A team got answers. 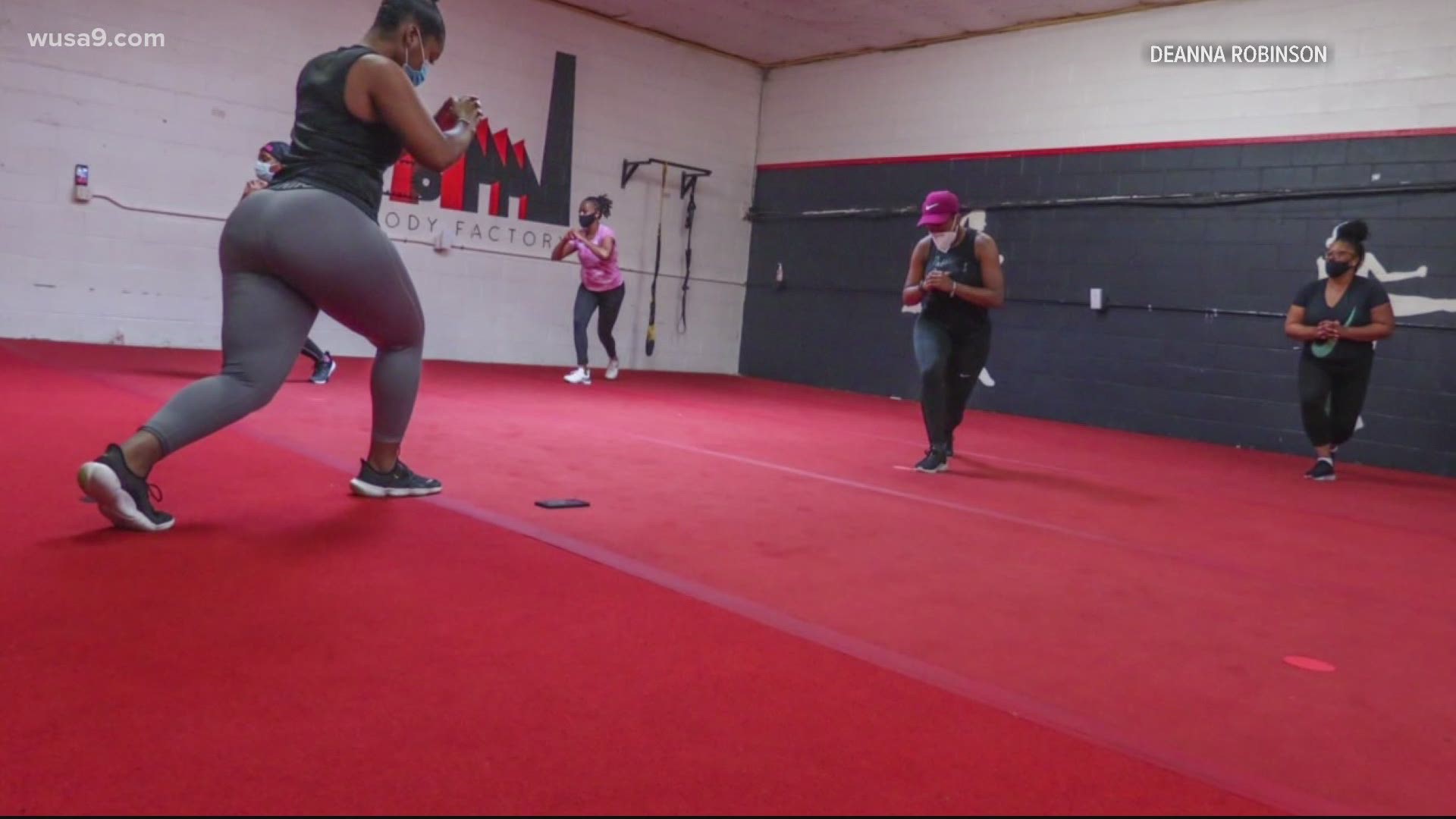 PRINCE GEORGE'S COUNTY, Md. — Now that Maryland's new mask mandate has taken effect, gym owners in Prince George's County are confused about exercise exemptions. The Q and A team talked to the state and county to clarify.

Essentially, the mask mandate says that a mask is required inside businesses and when you cannot socially distance outside.

Gov. Larry Hogan's team lists a few exceptions, including one for exercising: "swimming or engaging in other physical activities where the use of a Face Covering is likely to pose a bona fide safety risk."

The governor's office later clarified that exception, writing "i.e., if you're engaged in heavy aerobic exercise where a mask might genuinely impede your breathing, you don't need a mask."

The day before these new rules were set to take effect, Deanna Robinson, who owns the Fab Body Factory gym in Upper Marlboro, said she received a visit from the health inspector -- and a warning.

“There was only myself and one of my personal training clients in there, and we didn’t have on the mask, because we were doing a strenuous workout," Robinson said. "Although at my gym, we have bright circles on the floor that are actually eight feet apart, the inspector said the markers have to actually state that people have to be six feet apart.”

RELATED: Masks are required in public spaces, some outdoor areas in Maryland

Robinson thought she had been following the guidelines, referencing the governor's exception, so she was confused.

“I think that’s kind of the issue is that the guidelines are not very clear, especially for small business owners that are trying to do the right thing," she said. "Because, as a gym owner, I want to make sure that we’re safe, and that I’m keeping the community at large safe by wearing a mask. I have no issue wearing the mask. But, I also don’t want to put my gym goers in any danger by wearing the mask and then they’re not able to breathe.”

Per the governor's order, strenuous exercise that could pose a danger with a mask counts as an exception.

A spokesperson for Prince George's County said Friday that they did not realize indoor exercise qualified as a state exception and that owners should follow state rules. He said he would pass that information on to inspection teams.

County rules for gyms do require staff to wear PPE.

Credit: Deanna Robinson
The owner of Fab Body Factory started requiring patrons to wear a mask while exercising after she received a warning from Prince George's County.

A county spokesperson said the warning mainly serves as an educational opportunity on the first visit. Per the warning, the owner has to make the listed changes or they could receive a $1,000 fine or get shut down.

“I thought that that was a really gross threat, considering small businesses right now are struggling," Robinson said.

Since receiving the warning, she said she has made a few changes.

“We’re going to wear the mask during these strenuous workouts, but we are going to lower the intensity of the workout, because we don’t want to put our participants at risk," she said. "And although we do have the social distancing markers on the floor, I will be adding a sign that says 'stay six feet apart' or something about the social distancing aspect… We don’t want to be in non-compliance, but we do want to make sure that it’s safe for our participants as well.”

The county executive's office told WUSA 9 Monday that in light of the confusion on the order, the warning for Fab Body Factory would be withdrawn.