It's possible the FDA could use what's called "Emergency Use Authorization" to fast-track a vaccine before phase three clinical trials are complete. 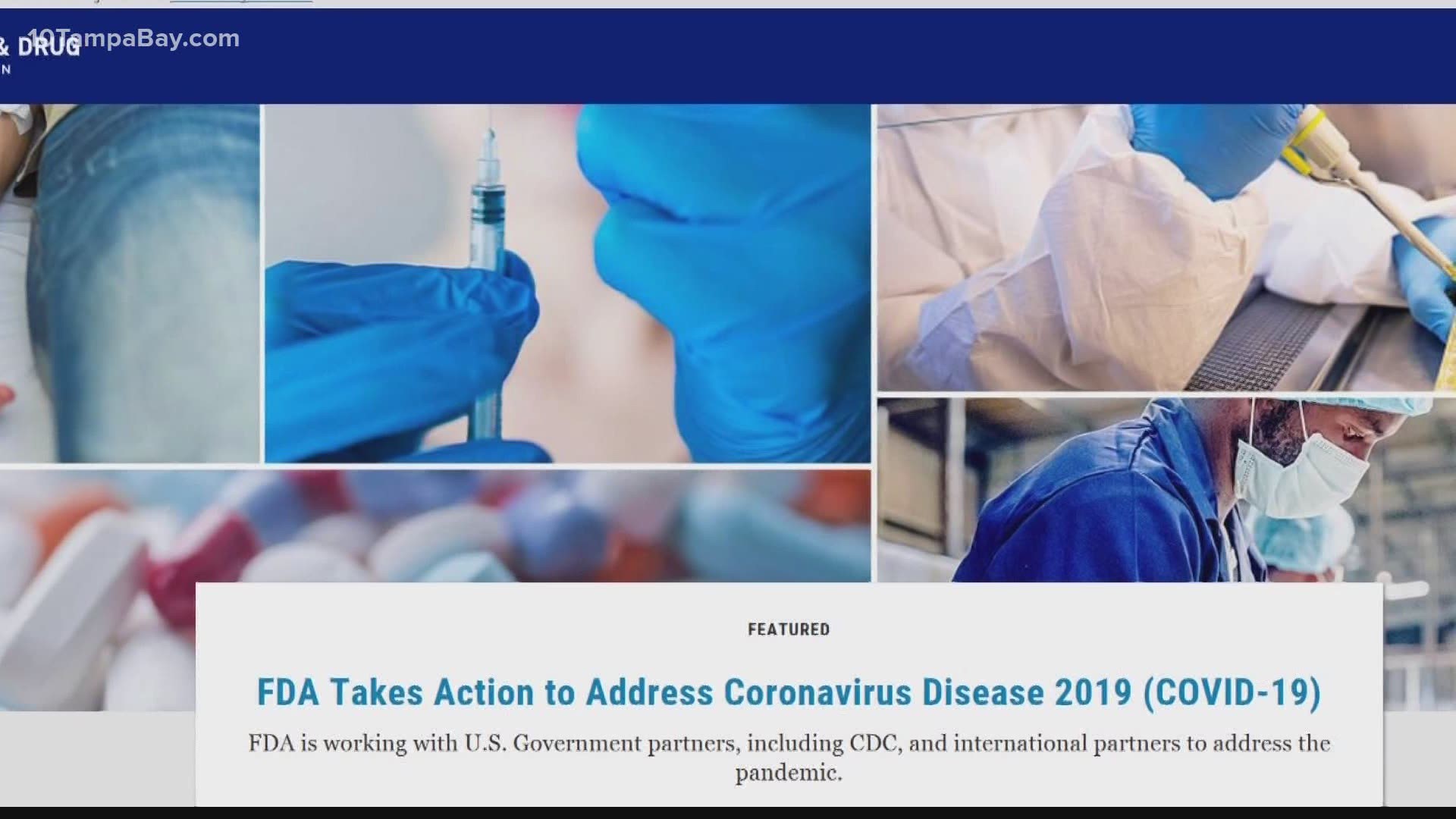 TAMPA, Fla. — COVID-19 isn't going away anytime soon, and the push for a vaccine is getting stronger.

According to CBS News, the head of the Food and Drug Administration now says one could be ready by Election Day -- before phase three clinical trials are wrapped up. That’s raising serious concerns among medical experts.

"It's very, very rare to see some vaccine be so efficacious that you are willing to, even before the phase three studies are completed, give 'Emergency Use Authorization.' This is just not heard of,” said Dr. Michael Teng of the University of South Florida.

However, FDA Commissioner Dr. Stephen Hahn told CBS News his agency will base all of its decisions in fact.

"Our decision at FDA will not be made on any other criteria than the science and data associated with these clinical trials,” he said.

It's possible the FDA could use what's called "Emergency Use Authorization" to fast-track a vaccine before phase three clinical trials are complete, according to CBS. Yet, scientists say all three phases of the clinical trial are key to understanding how well a vaccine works.

According to the Centers for Disease Control and Prevention, in Phase I, just a small number of people get the vaccine. In Phase II, researchers add more people who fit the vaccine's targeted group. But Phase III is critical because it tests thousands of people with different backgrounds and makes sure the vaccine is safe and effective for as many as possible.

"We know from experience that many drugs and vaccines actually fail the phase three trials...The one vaccine that made it to Phase III trials recently failed its efficacy,” Teng said.

Something else to consider: The FDA recently pulled 'Emergency Use Authorization' for hydroxychloroquine after it showed no beneficial effect in treating COVID-19. But unlike a drug that moves out of the system, Teng said you can't undo a vaccine.

"We have to be careful,” Teng said. “We have to make sure that these vaccines are safe."

Scientists also want to make sure decisions about vaccines are free of political pressure.

"…We seem to see that some of our governmental institutions are feeling political pressure to be overly optimistic...this is really troubling as a scientist because as a scientist we're all about the data,” Teng said. "I want the public to have confidence in our institutions and our vaccines. You know, we can't afford for this vaccine to fail."

The head of the FDA told CBS News he did not feel political pressure to rush a vaccine but does feel pressure to get effective medicine to the American people as soon as possible.