If no action is taken to try and slow cases in the U.S., 2.2 million Americans could die as a result of COVID-19, according to a report. 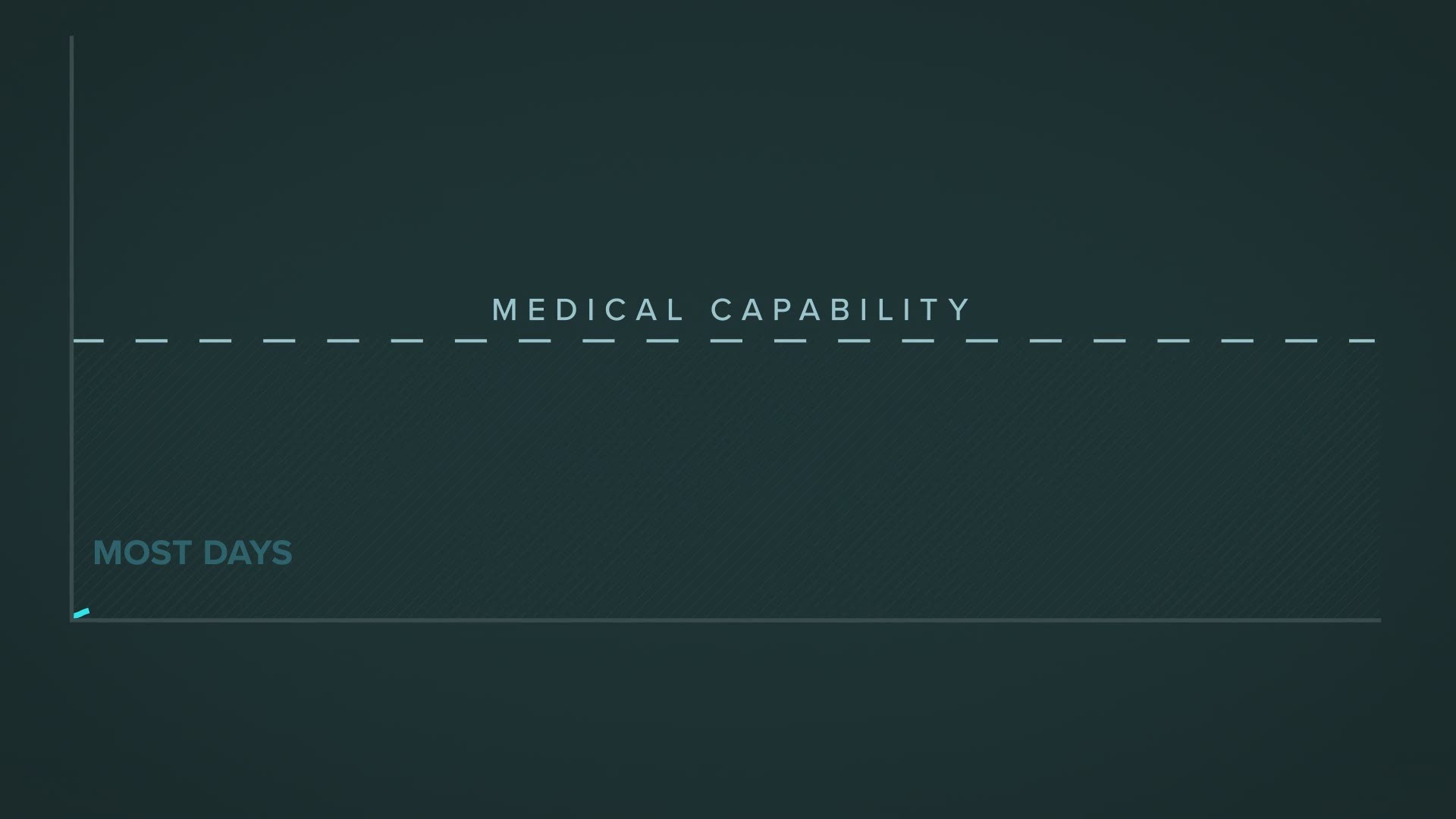 Since the coronavirus first appeared in Wuhan, China in December 2019, it has spread to 150 countries, infecting more than 270,000 people and causing more than 11,000 deaths, according to data compiled by Johns Hopkins University and Medicine as of March 20.

As a result, the World Health Organization is urging countries to "flatten the curve" in order to contain the coronavirus pandemic.

But what does "flattening the curve" mean?

In short, what countries are trying to do is avoid exceeding the number of sick people to what our health care systems can handle.

Imagine a line representing our country's medical care limit. The faster the disease spreads, the chances are, positive cases of COVID-19 will surpass our healthcare limit, which can result in a high number of deaths.

Take Italy as an example.

As a result, COVID-19 pushed its country's health limit to the brink... and those numbers keep going up.

This is what the U.S. is attempting to avoid by "flattening the curve."

If no action is taken to slow the number of cases in the United States, 2.2 million Americans could die as a result of the coronavirus, according to Imperial College COVID-19 response team.

This is why it's crucial to play your part in all of this.

So how can you help flatten the curve?

The most obvious effort to slow the coronavirus is through social distancing, which is more than just staying up to six feet away from an individual. It requires people avoid public spaces and staying indoors, if possible. It also involves the cancellation of schools, sporting events, concerts, major gatherings, etc.

In the state of Florida, Gov. Ron DeSantis has closed down bars and nightclubs for 30 days, all in hopes to help flatten the curve. He is also asking establishments, including restaurants, to cut capacity by 50 percent.

President Donald Trump is also urging people to limit social gatherings to less than 10 people as an attempt to limit exposure.

Some other ways you can help:

If the death toll in the U.S. were to reach 2.2 million like the previous report suggests, those deaths could involve someone you know. This is the time we need to sacrifice.