Some Charles County residents held a protest at the County Government Building after leaders decided not to reopen until at least May 29. 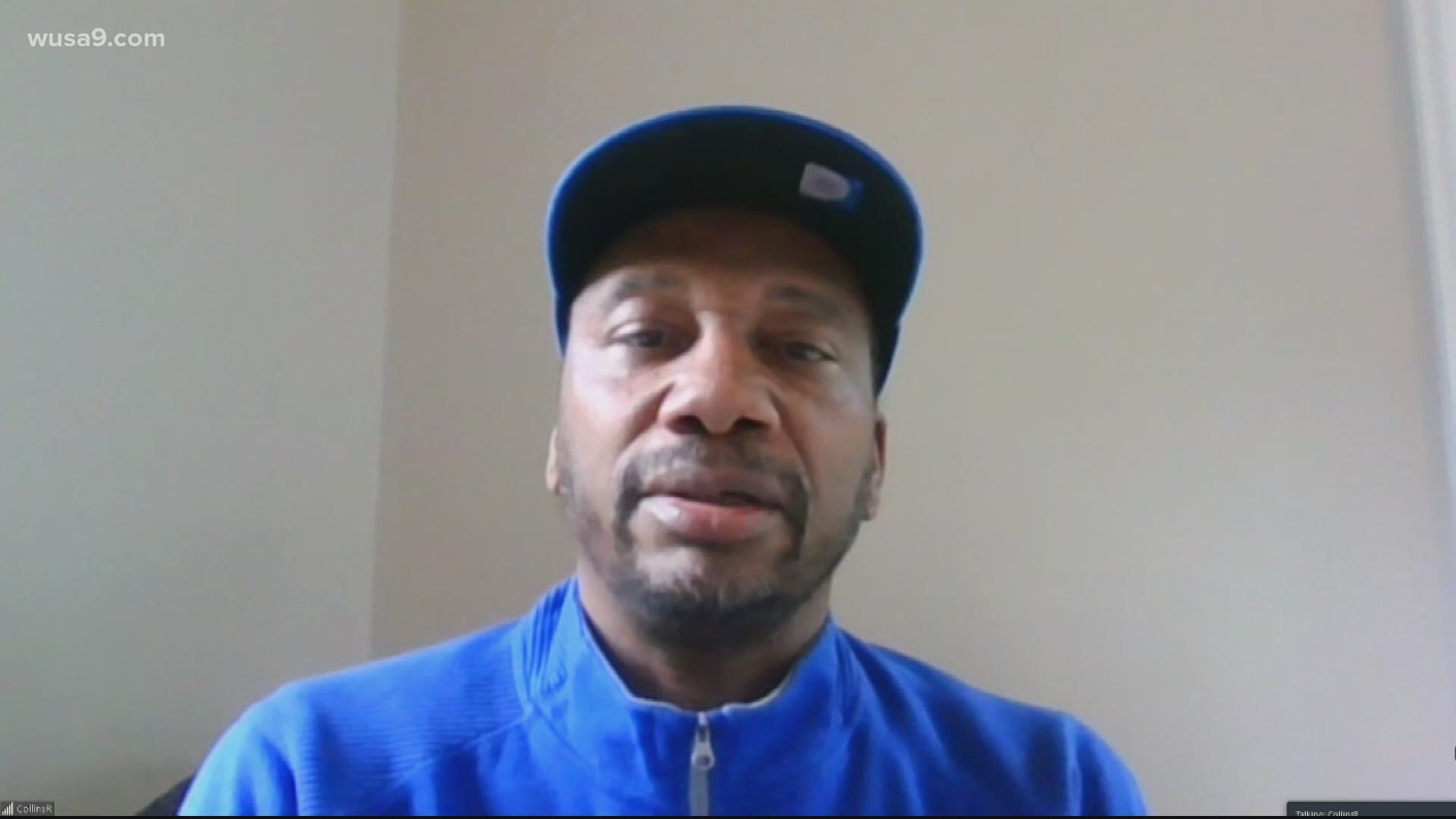 CHARLES COUNTY, Md. — Charles County Council President Reuben B. Collins II, Esq. told WUSA9 that he has been receiving social media threats after the vote was made to keep Charles County Government closed until May 29 due to safety concerns surrounding the coronavirus outbreak.

Collins said immediately after the vote, the council held a special meeting on May 14 to respond to Gov. Larry Hogan's reopening order to allow local jurisdictions to decide if they want to lift restrictions. The County voted to move to reopen on May 29 after a split vote of 3-2.

Following the vote, there was an uproar on social media and residents felt that county leaders should have made the decision to reopen the county like the rest of the state did on Friday, officials said. A group of Charles County residents held a protest at the County Government Building which was later contained by authorities.

Collins said reactions to the vote lead some residents to even go as far as releasing his address and the address of two other county leaders involved in the decision.

"That's the first time I'd seen where there were actual comments that rose to the level of making it necessary for the [Charles County] Sheriff's Office to be contacted to be prepared to intervene if necessary," said Collins. "That was the first time that I've experienced anything of that magnitude."

As a small business owner, Collins said he understands the frustrations and concerns raised by many residents. He said his responsibility is the health, safety, and welfare of his residents during the coronavirus pandemic. He hopes the community continues to work together through this.

"We will reach a point where our economy will get back to growing again, we will provide more opportunities for our small businesses to prosper, we will get there," said Collins. " And so I just ask that our citizens continue to work collectively together."

Charles County officials said they reached the decision to reopen on May 29 after receiving information and data from the Charles County Health Department, Department of Emergency Services, and other local leaders.

"As the COVID-19 pandemic continues to affect our region and nation, we are reminded of the delicate balance between opening businesses and maintaining public health and safety. Last night the Board of Commissioners in Charles County voted to continue Governor Hogan’s initial Stay-At-Home Order and wait until May 29 to implement phase one of Maryland’s “Roadmap to Recovery.” The outcome of the vote resulted in strong reactions on social media, some that raised concern among our community. Further, a protest of the vote took place earlier this evening at the County Government Building in which the Sheriff’s Office monitored. The protest concluded without incident. Throughout these challenging times, the Sheriff’s Office primary role has been to maintain public safety and we appreciate the overall cooperation we have experienced so far. Out of an abundance of caution, we have reached out to all five commissioners as well as community leaders and we will continue to work with them to address any concerns. We will continue to monitor this situation and any others brought to our attention to ensure public safety is never compromised."

Some businesses are choosing to ignore the restrictions and may reopen their doors. The owner of Its All About The Ink, a tattoo shop in White Plains, Charles County said he may open regardless of the county's decision to stay closed until at least May 29. 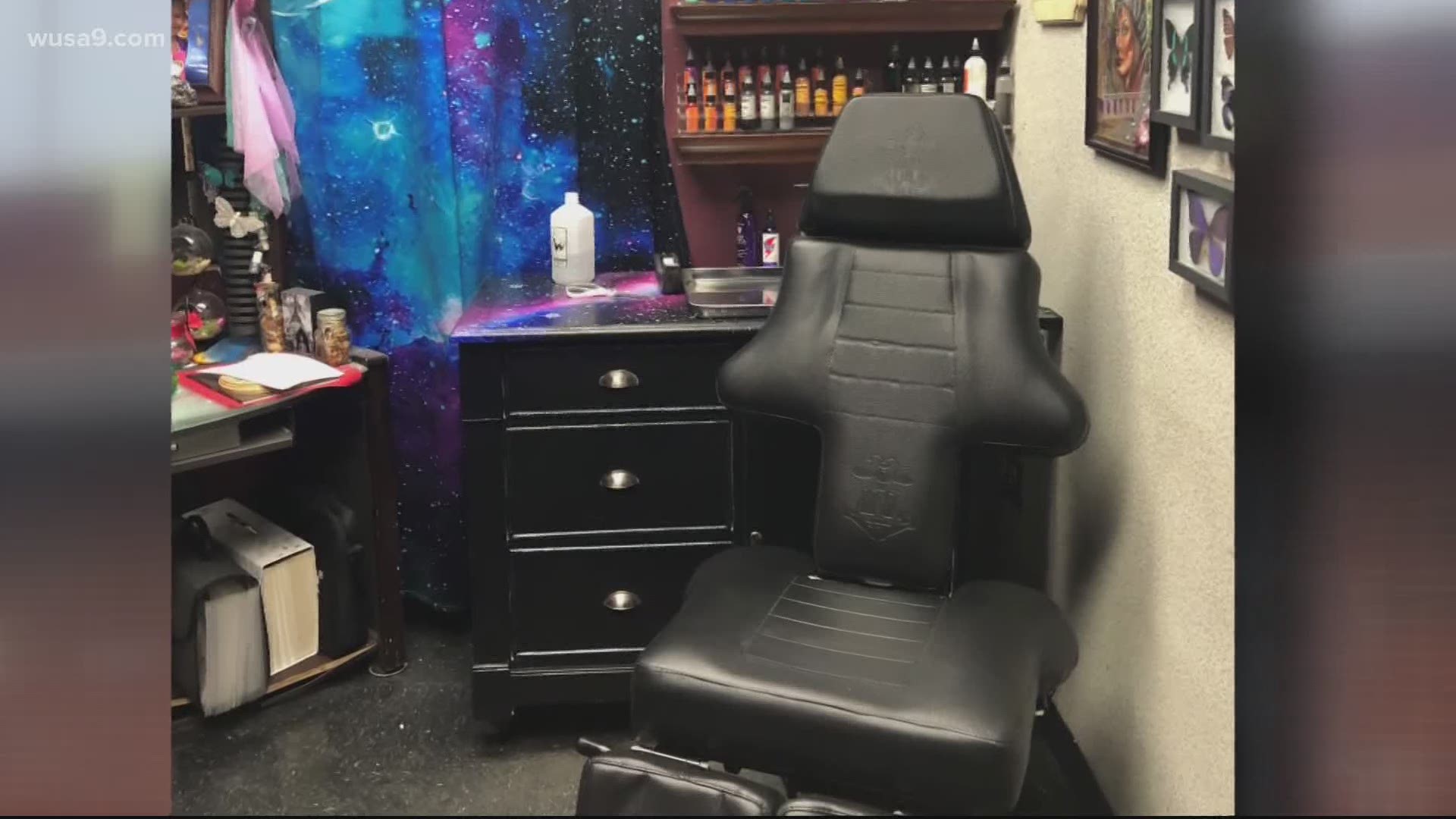 RELATED: MAP: Here's who is reopening around the DMV and who isn't

"I hope I can keep my shop open, but at this point, it doesn’t really look like that’s going to happen and 30 years of my life will be gone," Auth said as he choked back tears. "So at this point, I feel like I have no other choice, because if I open, what are they going to do? Take my shop? If I don’t open I’m going to lose my shop."