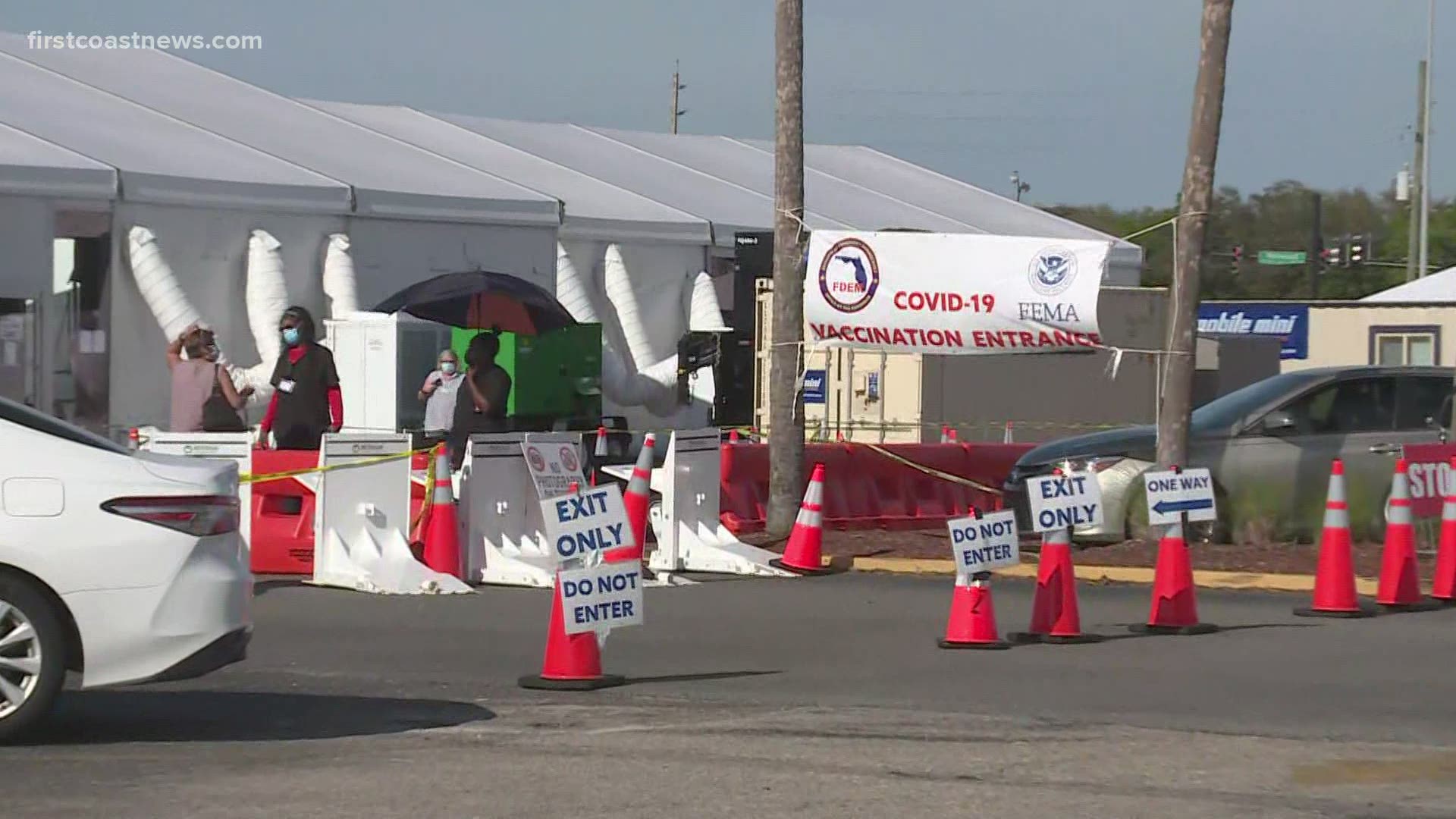 Federally supported, state-run vaccination sites not meeting capacity over the past few weeks is part of the reason state officials said they backtracked on plans to limit sites to just second doses starting Wednesday.

Instead, state officials are allowing the Gateway hub, and the three other federally-supported hubs across the state, to administer 500 first doses until April 7. The rest of the doses will be designated for those getting their second doses.

Monday alone, the Gateway site administered 1,570 shots out of the 3,000 it had available to give, about 48% of the doses unused.

Gateway's two satellite sites, located at Oceanway and the Carver Center as of Tuesday, will become second dose only sites starting Wednesday. The sites will also move back to their original locations Wednesday, the Normandy Community Center located at 1751 Lindsey Road, and the Hammond Senior Center located at 3312 West 12th Street.

A state spokesperson said the idea behind all of the changes was to make sure everyone who got a first dose at these sites can get their second doses at the same place .

The bottom line is if you need your first dose, you can go to pharmacies at stores like Winn-Dixie, Harvey's, Walmart, Publix, CVS and Walgreens. You will need to make an appointment at the pharmacies, though.

You can also go to the Regency state-run site, the Edward Waters College site and Gateway until April 7. Gateway will offer the one-shot Johnson and Johnson dose from April 14 until April 28. Those two weeks, Gateway will not offer second doses of the Pfizer vaccine.

It's recommended you try to go back to where you got your first dose for your second dose.

You can, however, get your second shot at any of those pharmacies, Regency, the Edward Waters College site, Gateway's two satellite sites until April 28, or Gateway until April 14.

The federally-supported sites were designed to be open for eight weeks. State officials said they're talking to federal leaders, though, to see if they can remain open longer if resources are available.