Gov. Northam said he's taking a cautious approach, but the president of the Virginia Restaurant Lodging and Travel Association is upset about the late notice. 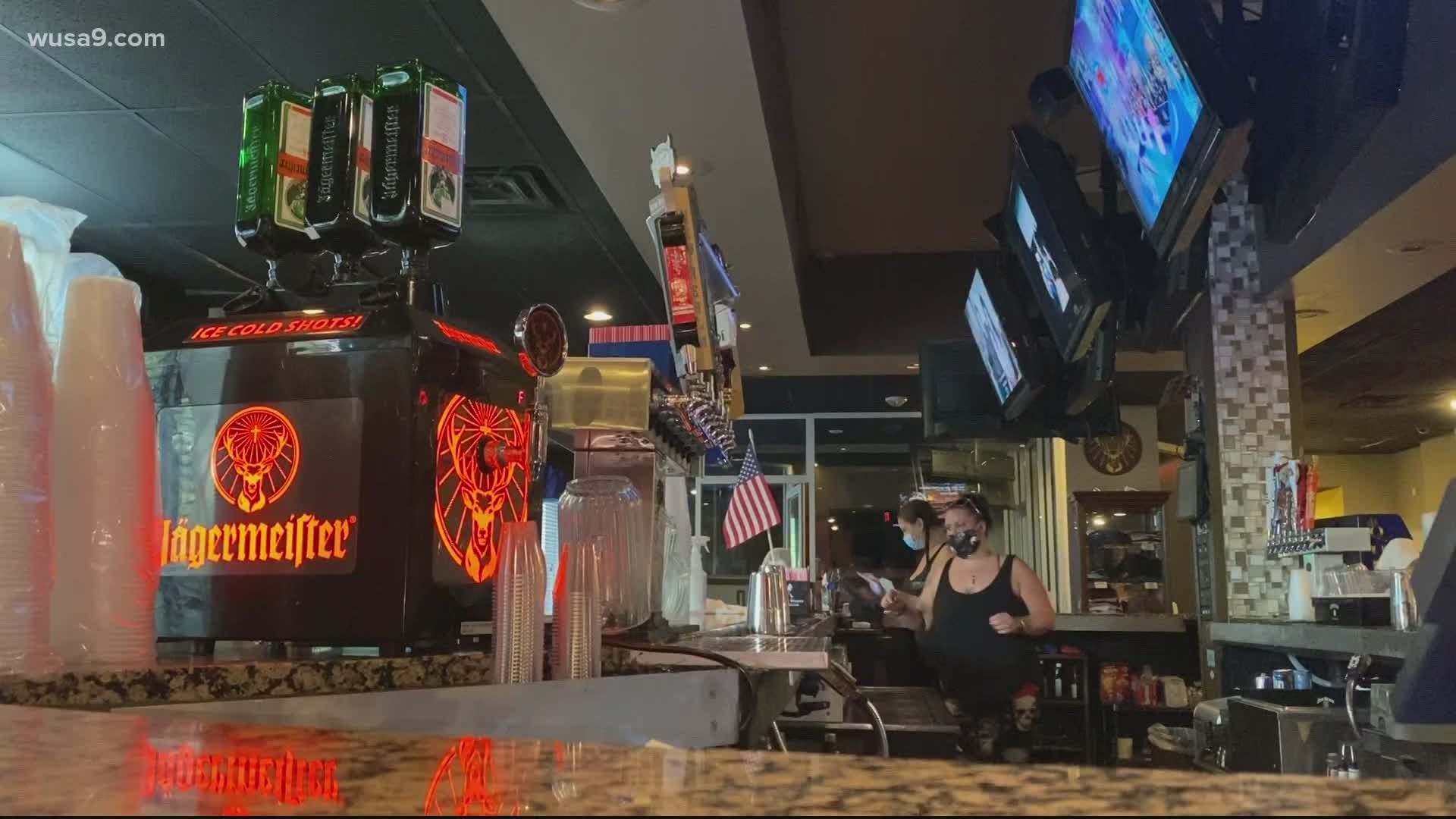 RICHMOND, Va. — Just hours before Virginia enters Phase 3 of reopening, Gov. Ralph Northam announced that bar seating will remain prohibited in restaurants, to reduce the likelihood of customers gathering together at the bar.

Northam said bar seating and congregating areas of restaurants will remain closed except for those passing through. Restaurants may use non-bar seating in the bar area, as long as there is a minimum of six feet between tables.

The governor said he's taking a cautious approach and is ready to implement tighter restrictions if needed.

“I am watching what is happening in other states—we are taking a cautious approach as we enter Phase Three and maintaining the current restrictions on bar areas,” said Governor Northam. “In Virginia, our hospitalization rates have fallen, our percentage of positive tests continues to trend downward, and we are conducting more than 10,000 tests each day. We want these trends to continue, but if our public health metrics begin moving in the wrong direction, I will not hesitate to take action to protect the health and safety of our communities.”

The president of the Virginia Restaurant Lodging and Travel Association said they're upset about the late notice.

“We’ve been monitoring the other states and what’s been occurring, so we understand what the concern is, but the issue for us is how late in the game it was called," President Eric Terry said. "I mean this has happened several times in this process…it’s really all about looking at helping businesses, not making their lives more difficult.”

He said in preparation for phase 3 reopening, many restaurants have already re-hired some staff and bulked up their inventory. Now, Terry said they're left waiting for the green light...again.

One of the co-owners of Patriots Pub and Grill in Fairfax said until WUSA 9 called to ask about their plans Tuesday, she had no idea about the change.

Credit: WUSA 9
A co-owner of Patriots Pub and Grill was disappointed to learn that bar seating cannot reopen in Virginia's phase three.

“We had some anticipation that this might happen, just watching the trends on other states, but until I talked to you on the phone, I had no idea this was going to happen, so it was kind of a shock," co-owner Rose Dodge said.

Dodge said their bar takes up a lot of their restaurant's dining space, and they were hoping to open up 15 seats for customers Wednesday.

“Not being able to utilize that space has been difficult," she said.

The decision not to reopen bar seating is similar to what leaders in Texas and Florida have made as coronavirus cases have surged in those states.

Watching those numbers on her own, Dodge said the move makes sense.

RELATED: Catholic Diocese of Arlington gets ready for Phase 3