Donald Campbell is among 20,000 9/11 survivors living in Florida living with long term health consequences in a pandemic. He said COVID-19 has heightened his worry. 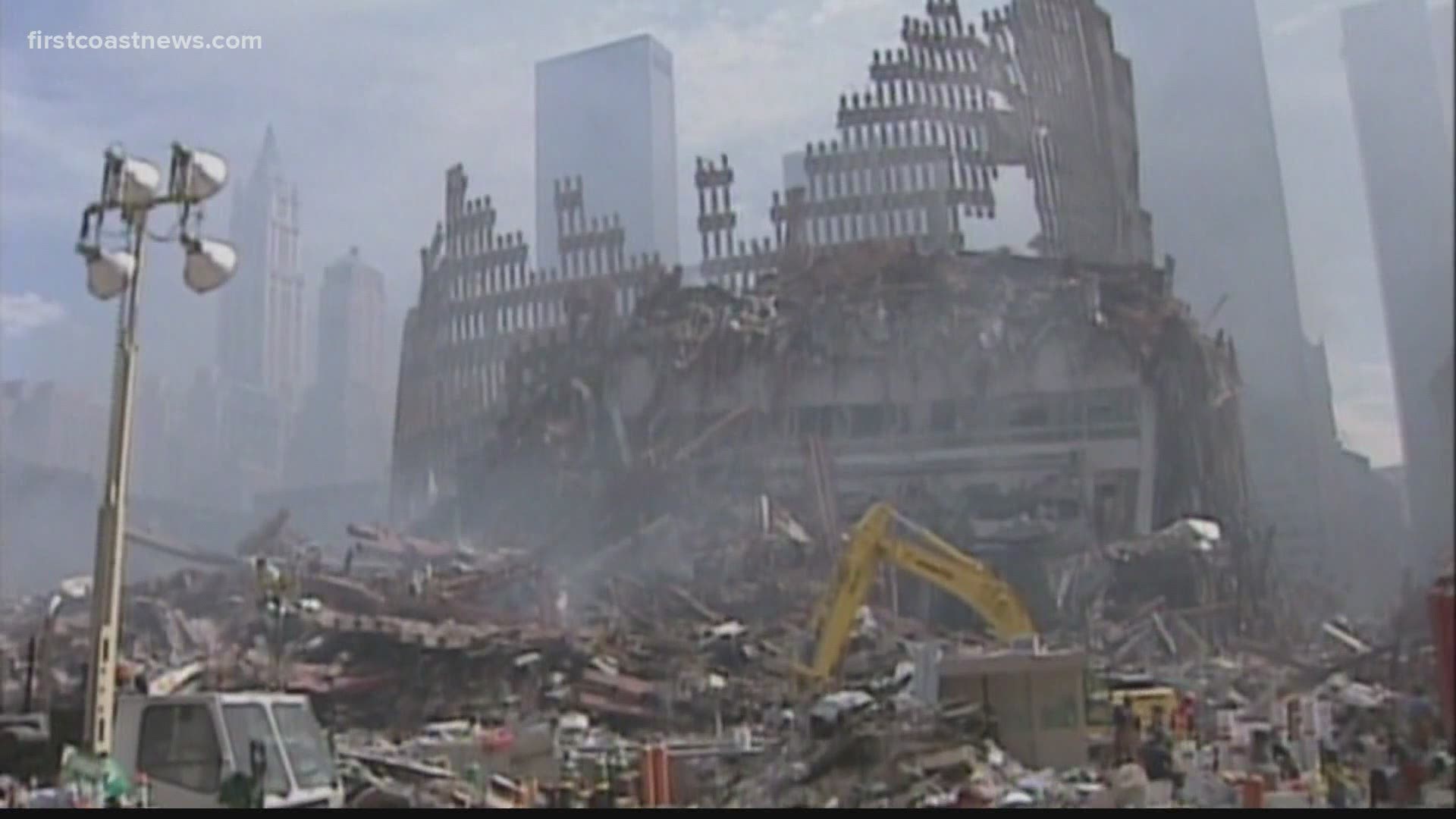 JACKSONVILLE, Fla — This year marks the 19th anniversary of the Sept. 11 attacks on the World Trade Center, Pentagon and Shanksville, Penns. where a plane went down.

Despite nearly two decades passing, the images of the terrorist attacks are still etched in the minds and the pain still felt in the hearts of Americans.

"I still think about it all the time," said Donald Campbell, 74. "That was our Pearl Harbor, again."

Campbell is a retired FBI agent. He worked at Ground Zero.

"They told us the air was safe to breathe, that was coming from the EPA," he said. "We were out there with no mask, no nothing."

Campbell was part of the evidence response team from Philadelphia and worked the crime scene for six months. During that time, he and the others discovered that the cloud of dust that lingered was not safe to inhale.

Campbell is among the survivors living with health-related problems from breathing said dust.

"I have interstitial lung disease and I also came down with skin cancer," he said.

Campbell is among 20,000 9/11 survivors living in Florida living with long term health consequences in a pandemic.

"Consequently, I am sheltering in place a good bit," Campbell said.

Campbell said COVID-19 has heightened his worry, a feeling not uncommon among the other survivors.

"It attacks the lungs, it is a respiratory illness, so who do you think is the most vulnerable," said Michael Barasch.

"We have seen so many of our clients, nearly a hundred now, die from COVID-19," he said.

He said 17 of them in Florida.

"It is is really heartbreaking," said Barasch. "9/11 did not end on 9/11 they are still getting sick, they're still dying and COVID-19 has created the perfect storm."

He wants to encourage 9/11 survivors to use the World Trade Center Health Program which has clinics in Florida.

He also said survivors have until July 2021 to apply to the victim compensation fund.

Campbell said given all that he is experiencing he is doing well in this pandemic.

"I am doing well," said Campbell.