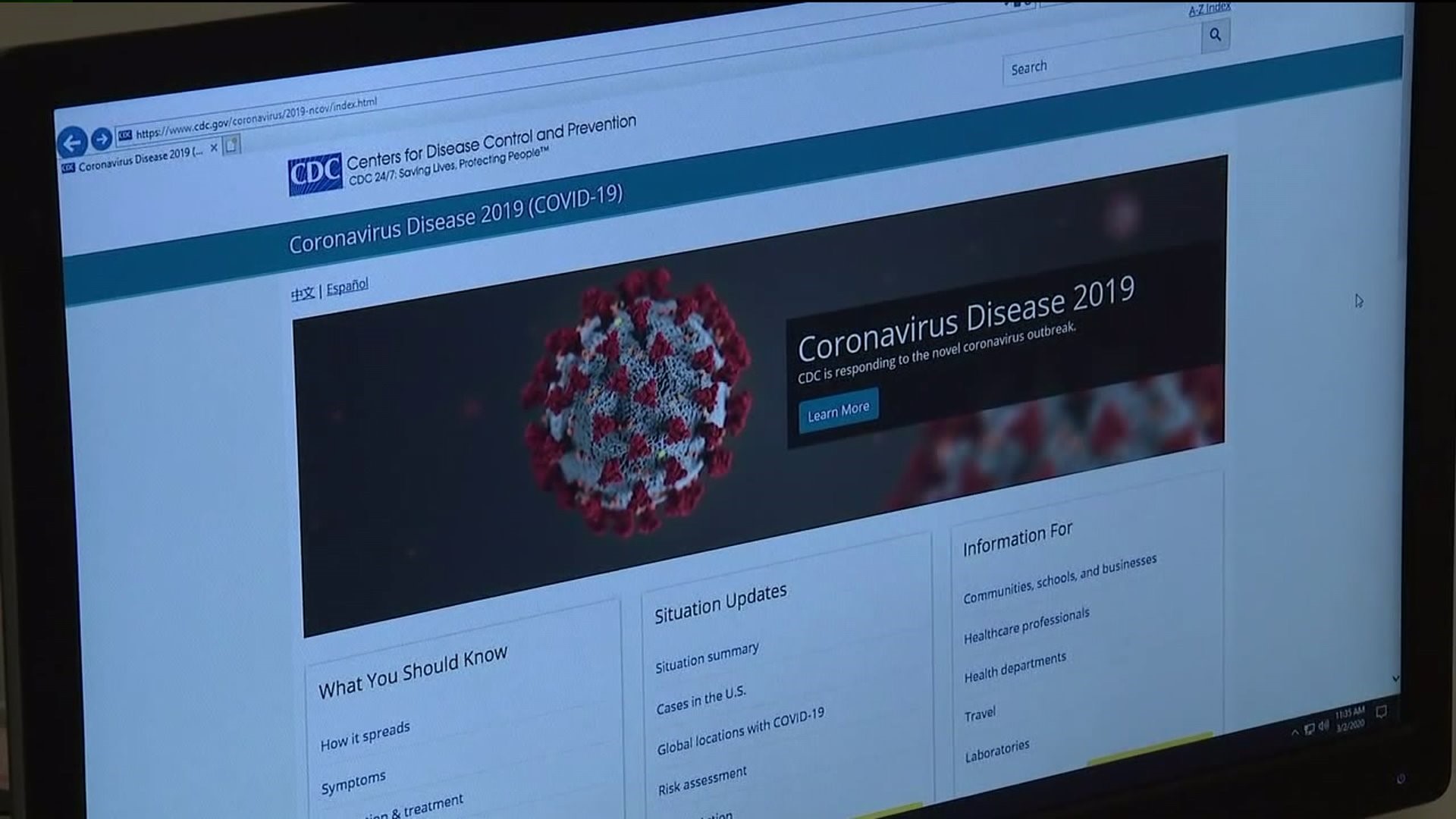 Four more people have now died in the U.S. from the new coronavirus, bringing the total death toll in the U.S. to six as more states are announcing their first confirmed or presumptive cases.

Birx previously coordinated with multiple branches of the U.S. military in their HIV/AIDS efforts and has led the CDC's Division of Global HIV/AIDS.

Acknowledging the six Americans who have lost their lives to the virus, Pence expressed condolences to the families for their loss.

Dr. Jeff Duchin from Public Health- Seattle & King County announced the new deaths at a Monday news conference. Health officials in the state announced the first death a man in his 50s from the virus, known as COVID-19, Friday. On Saturday night, Washington state health officials announced a second death, this time a man in his 70s. Officials said both men had underlying health conditions and both were being treated at a hospital in Kirkland, a suburb of Seattle.

Monday night Georgia Governor Brian Kemp announced that two people in the same household in Georgia, who just returned from Italy, have tested positive for the coronavirus.

The official number of cases from the Centers for Disease Control and Prevention as of Monday morning was at 91. That count included 45 infections among people who were on the Diamond Princess Cruise ship and three infections from people who were evacuated from Wuhan, China on chartered flights. Of the now 45 cases of travel-related coronavirus infections, 17 people were reportedly hospitalized as of early Monday and two deaths had been reported.

To put the coronavirus numbers in context, millions of Americans get the flu every single year and there are thousands of flu deaths annually.

Since October 2019, the CDC estimates around 32 million Americans have gotten the flu. That’s one in every 10 Americans.

Since the coronavirus outbreak began late last year, there have been around 80,000 confirmed coronavirus cases in China. That means those cases account for just around .0056% of China's population.

RELATED: What are coronavirus symptoms?

Twenty-five firefighters who responded to a call to help at a nursing facility in Kirkland are being quarantined. At least 50 people from that facility are sick and being tested for the virus, including five who have been tested presumably positive. Three are in critical condition.

Some schools in Western Washington will be closed Monday as a precaution after either students, their family members, or staff members were diagnosed with the virus or showed symptoms.

RELATED: US professor at the epicenter of coronavirus outbreak: 'Don’t panic'

Two people in Florida have now tested "presumptively positive" for COVID-19, both in the Tampa Bay area. Both people are isolated and getting medical attention.

Oregon announced its second presumptive case Sunday. The state Health Authority said the second person was a household contact of an elementary school employee who tested positive on Friday.

Rhode Island reported two people who were on a school trip to Italy have tested positive. A third person is being tested and their school is being closed for the week.

New York officials say a woman who traveled to Iran contracted the virus. She is quarantined in her home.

Two health care workers in the San Francisco Bay area who cared for an earlier coronavirus patient were diagnosed with the virus on Sunday, the Alameda and Solano counties said in a joint statement.

Health and Human Services Secretary Alex Azar on Sunday said more than 3,600 people already have been tested for coronavirus and claims the capability exists to test 75,000 people and that he anticipates a "radical expansion of that."

As all this happens, people are flooding stores and snapping up supplies in case they, too, catch the virus and need to be quarantined. Stores such as Costco sold out of toilet paper, bottled water and hand sanitizer outside Portland, Oregon -- the area with that state's two confirmed cases, according to AP.

New York Times tech correspondent Karen Weise tweeted this photo from a Costco near Seattle that showed lines that could be mistaken for something you'd see on Black Friday.

Amid concerns of a face mask shortage for medical professionals, the U.S. Surgeon General tweeted over the weekend urging people to not hoard face masks. The CDC has advised not to use face masks to try and prevent the disease instead pushing people to thoroughly wash hands often. The CDC says if someone were to be diagnosed with coronavirus, then wearing a mask could help them prevent spreading the virus to others.

Concerns about the virus' spread has prompted a group representing college basketball players to ask the NCAA to consider holding the men's and women's basketball tournaments this month without spectators in the stands.

There are now more than 89,000 cases worldwide and more than 2,900 deaths.China is the epicenter of the outbreak, with the highest death toll. Outside of China, Iran has the highest death toll. State radio reported the death of a 71-year-old member of Iran's Expediency Council, which advises the country's supreme leader. In two days, the number of confirmed cases in Iran has more than doubled, showing the spiraling crisis of the outbreak in the country.