Tim Staley worked as one of the original bakers. He left the bakehouse in February to start a non-profit organization for kids with disabilities. 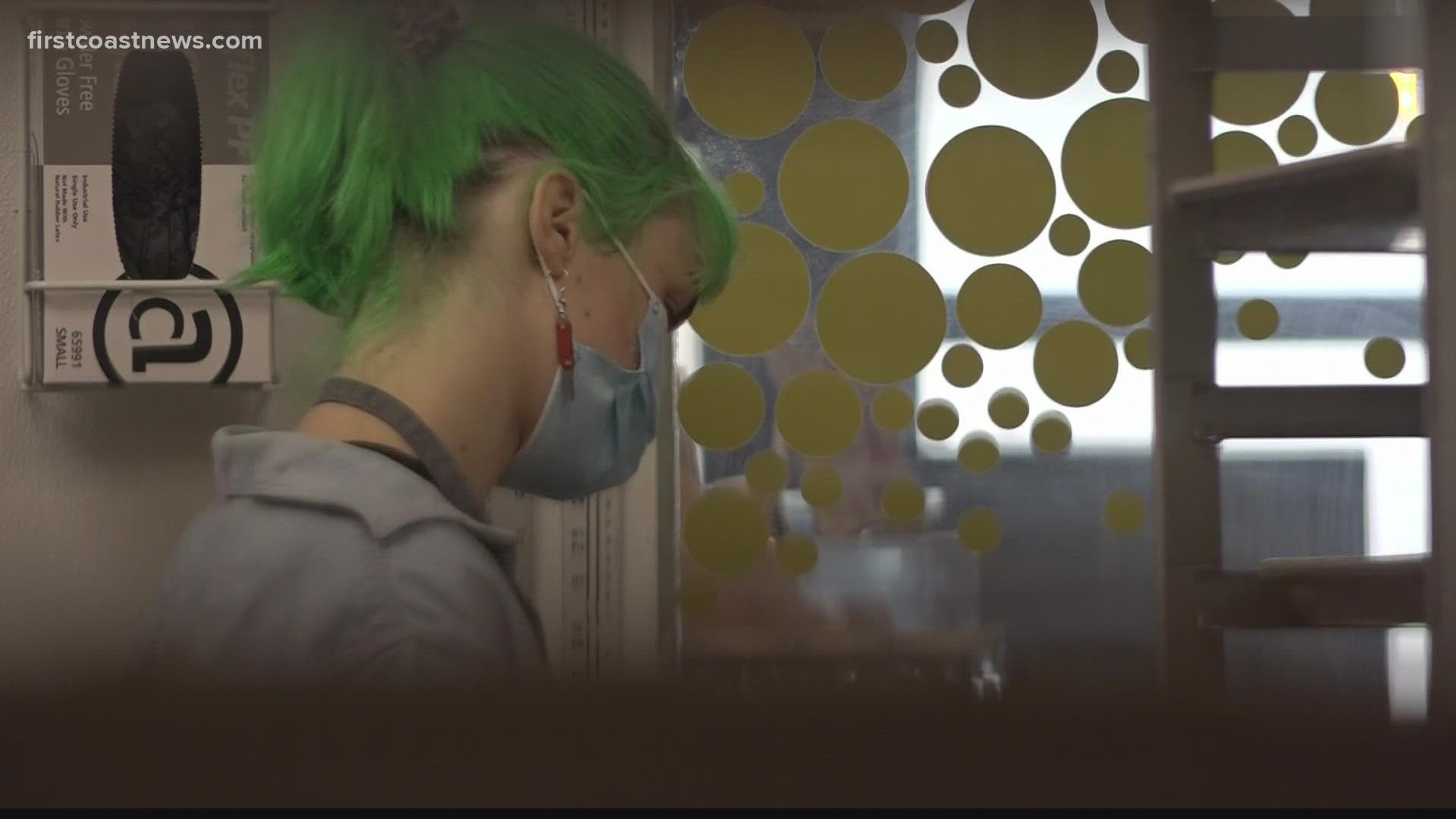 JACKSONVILLE, Fla. — A well-known mom-and-pop bakery in Duval County is known for its delicious food and the friendly people who work there.

One of those former employees died Friday from COVID-19. Tim Staley worked as one of the original bakers. He left the bakehouse in February to start a non-profit organization for kids with disabilities.

“He was healthy and in the prime of life," owner Kurt D'Aurizio added.

D'Aurizio couldn't believe the news one of his former employees was gone from COVID-19 at just 40 years old.

“It was really shocking, and it happened quickly too," D'Aurizio said. "Within a week he deteriorated to the point where they couldn’t resuscitate him.”

“I’m shocked somebody so young would die that didn’t have all these underlying health things," Barnas said. "Tim opened with us, and Tim did everything. He was a baker, but he'd help fix things around here.”

Cookies aren't the only sweet things at 1748 Bakehouse. Staley's former coworkers remember his sweet personality and desire to make the community a better place.

“Everybody that you speak to about Tim will tell you that he was kind and generous and had integrity, but he was also hilarious," Barnas said.

“Tim’s service is on Thursday, so we wanted to close so all the staff could attend," D'Aurizio said.

Staley's wife and two kids will also attend that service.

“Talk to a doctor because I don’t want to lose any more friends," D'Aurizio said.

This GoFundMe page will help pay for the final expenses of a man gone too soon with so many plans and a full life ahead of him.

Tim Staley (right) was one of the original bakers at 1748 Bakehouse. The 40-year-old husband and father of two died Friday from #COVID19. He left the bakehouse earlier this year to start his own non-profit. More tonight on @FCN2go.https://t.co/baKMXKi06G pic.twitter.com/nupZRAwtv0

Tim Staley's former co-workers at 1748 Bakehouse say he was kind and had a great sense of humor. He left the bakery in February to start a non-profit for kids with disabilities. @FCN2go pic.twitter.com/YQzQsIiwzJ

This sign outside 1748 Bakehouse reads, "Closed Thursday. Mourning a loss in our bakery family." Former baker Tim Staley was only 40 years old when he died last week from #COVID19. Those at the bakery say he had no underlying health issues. @FCN2go pic.twitter.com/3yvZZQLkFO

“I’m shocked somebody so young would die that didn’t have all these underlying health things," 1748 Bakehouse employee Coco Barnas said. Tim Staley quickly deteriorated from #COVID19 and passed away on Friday. He leaves behind a wife and two kids. @FCN2go pic.twitter.com/PzvXkEo6yG