Children as young as 3 being cured of hepatitis C

The CDC estimates about 4 in 10 people with hepatitis C do not know they are infected. Treatment that can cure the virus is now available for children as young as 3. 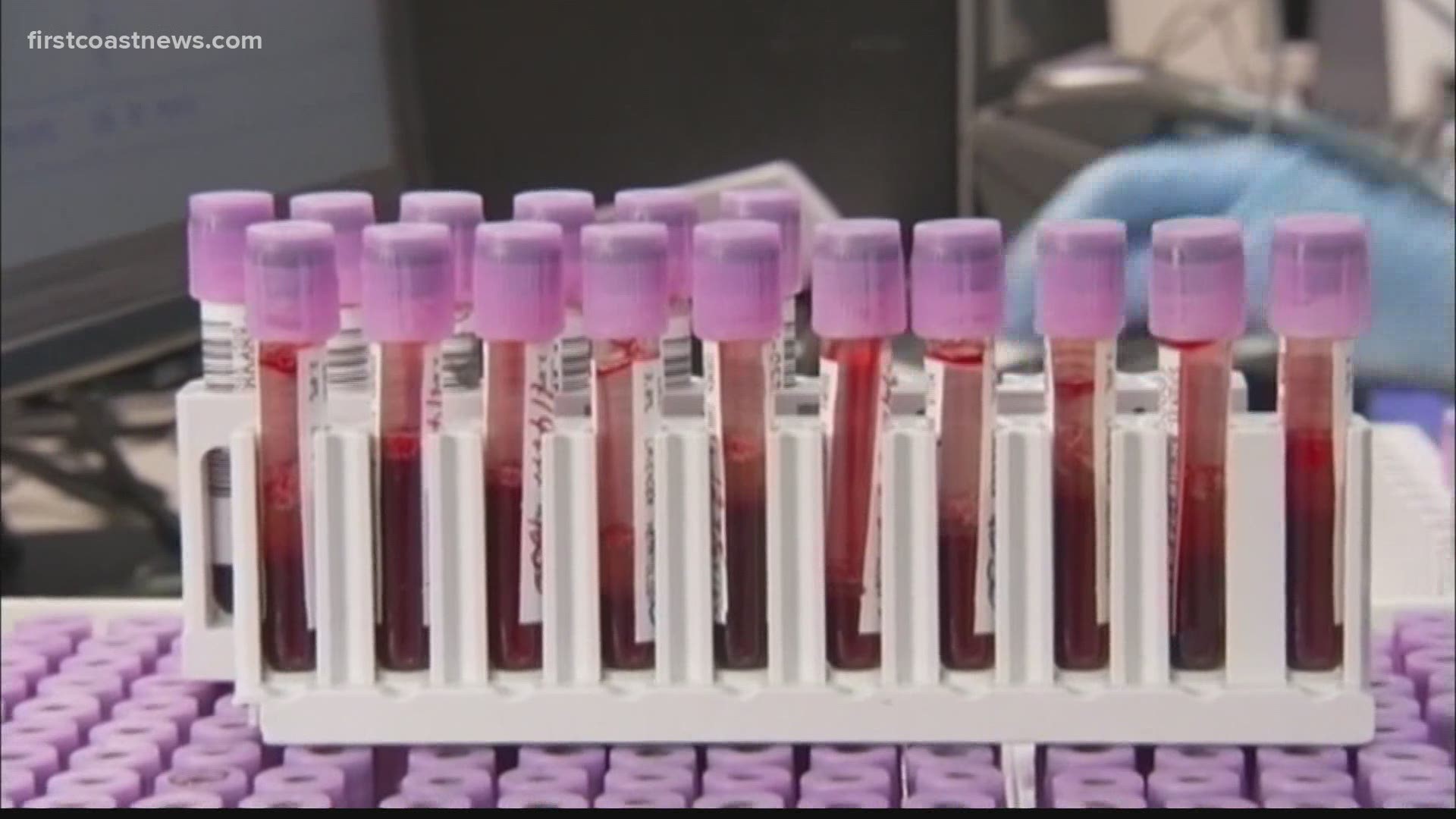 JACKSONVILLE, Fla — It's often a silent disease, and it's increasing dramatically in the U.S., according to the Centers for Disease Control and Prevention, particularly among younger adults.

The CDC estimates four in ten people don't know they have hepatitis C. Knowing you have it is key because treatments can cure most people in a matter of months, and that now includes children as young as three.

Alora Lupia didn't have any signs or symptoms when she found out she had hepatitis C.

"How I found out I had it was I had my son, and my OB/GYN had informed me that I had it, and she didn't know that if he had it or not," Lupia said.

It turned out her son did have hepatitis C. It can be transmitted from mother to baby.  He was diagnosed when he was about three years old, but at that time there wasn't an FDA-approved treatment for children. Now there is.

He went to see Dr. Katherine McGoogan, a pediatric gastroenterologist at Nemours, and after being treated with an oral medication for 12 weeks, his mother says he was cured at the age of 11. The medication has been available for adults for several years and more recently for children as young as three.

"We can actually say that we have a cure with the newer drug regimens that we have now after a 12-week course of a once-a-day oral medicine. We have cure rates of clearing the virus have upwards of 98%, which is very exciting," Dr. McGoogan, said.

It's a class of drugs called direct-acting antivirals which were first tested and approved for adults and are now approved for children.

"So it's really been, in the last couple of years, that we've just gotten FDA approval and access to these newer, better drugs that we can offer our patients and cure hepatitis C in children," Dr. McGoogan said.

Left untreated hepatitis C can become a chronic infection that can result in liver cancer and cause serious liver damage requiring a transplant.

"It's usually considered a silent infection. There are estimates that only 5% of the people in the United States that actually have the virus have been identified and diagnosed with it," Dr. McGoogan said. "We feel that there's a large population of patients out there that really could benefit from this treatment, but they may not even know that they have the condition until it's too late."

Lupia is thankful she and her son are now free of hepatitis C.

"I am worry free," Lupia said. "I don't have to worry that later on in life he will have complications with it. I was afraid that he would pass it on to his children. I didn't want that, and so I'm not worried anymore."

Hepatitis C is usually spread through blood. Risk factors include IV drug use, and the opioid epidemic is why Dr. McGoogan says there has been a surge in cases.

"A lot of these adults, they may start out using or abusing prescription pain medicines, and then when they run out of that supply, they end up turning to IV heroin use," Dr. McGoogan said. "It's estimated that over 50% of the individuals in the United States who use IV drugs are actually infected with hepatitis C."

Other risk factors include having a blood transfusion prior to 1992 or getting a tattoo or piercing from a non-reputable source where a contaminated needle is used.

The CDC now recommends adults 18 and older get screened for hepatitis C at least once in their lifetime and that all pregnant women get tested during every pregnancy.

Dr.McGoogan says she and her team at Nemours are the only ones treating children with hepatitis C in Jacksonville.

"The vast majority of what we see is mother-to-child transmission," Dr. McGoogan said.  "If we can identify these children, and treat them down young as age three currently and clear them of the virus, their liver tests go back to normal, there won't be the chronic inflammation in their liver anymore, and they won't go on to progress to chronic liver disease, requiring a transplant or developing cirrhosis. So it really can be life-altering for these children."