One Florida woman decided she "wanted to kick cancer in the face." She tells about her journey of cold capping and how it helped with hair loss. 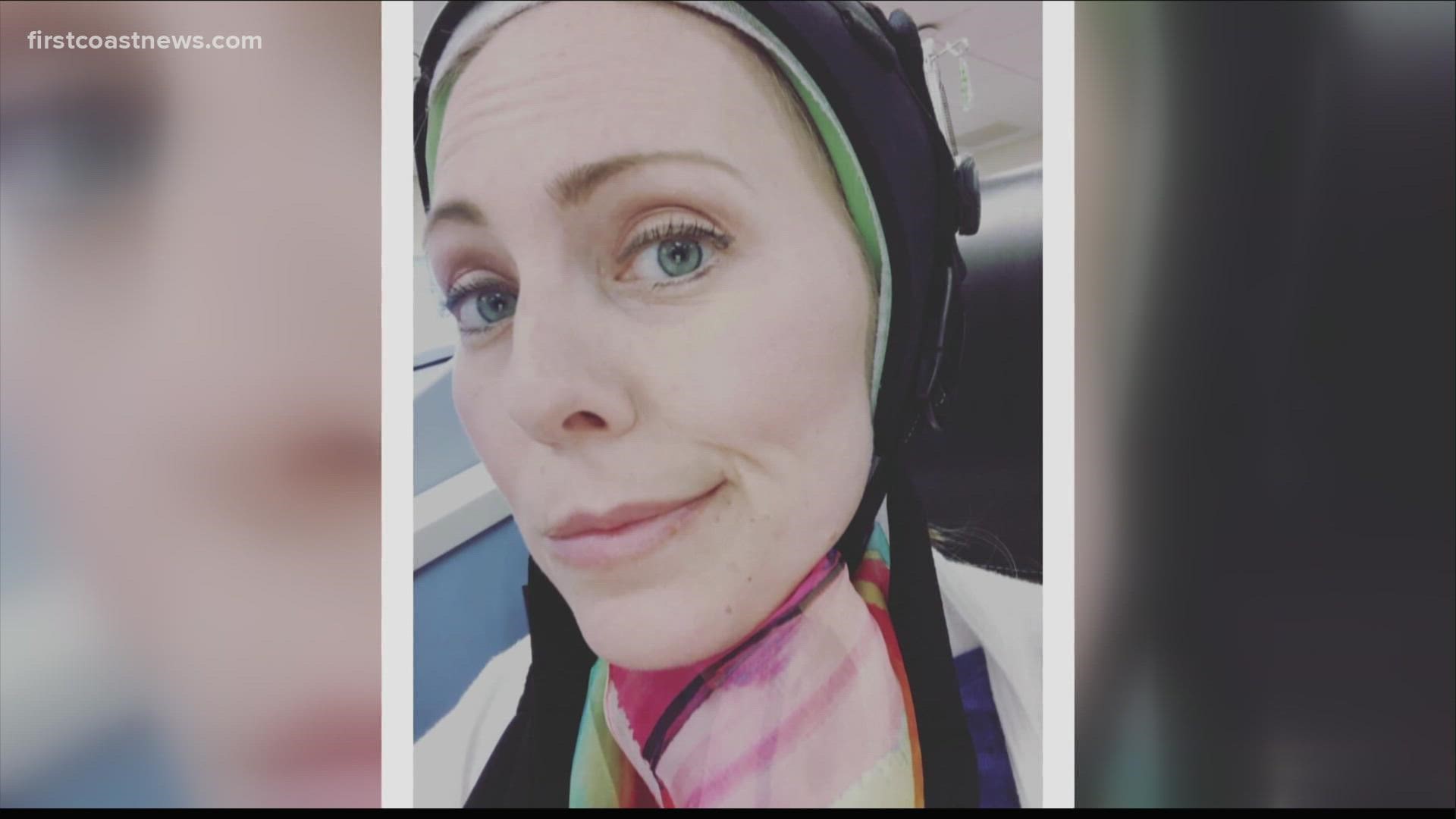 JACKSONVILLE, Fla. — Some women say going bald in public during chemo is a "badge of courage."

Melanie Waxler can respect that, no doubt.  All women can.

Waxler, though, saw it a different way.  "If there's a chance -- a singular chance -- for me to kick cancer in the face, in the middle of my treatments," she says, "I was going to take it."

She says, "I wanted to keep something for myself because cancer was taking so much away from me."

She was looking for a sense of control, yes, but also a way to avoid scaring her two young sons.

Credit: Melanie and her family

Her boys knew their mommy had cancer. And her younger son, when he heard the word, "cancer," had a strong reaction.  He "immediately associated it with death,"  she says choking back emotion.

She says the cold cap "worked very well for me."  She didn't go bald. That was huge. She did, however, lose a lot of hair, but she was pleased it grew back much more quickly than other women's hair she watched in the chemo unit.

She says now, a year and a half after her last cancer treatment, "I've already had three haircuts."

Credit: Melanie about a year after cancer treatments

"The science is pretty basic. It freezes the scalp so chemo can't get to your hair follicles," she explains.

Waxler, obviously a striking woman, would still look pretty bald.  But she wants women to know the cold caps can lift their emotional well-being during chemo and that's the point.

The problem is the process is expensive. Waxler spent about $2,500, and she knows that's impossible for many women.

"It's not covered by insurance. I'd say most women can't afford it," says Karen Aaro. So she and her fellow members of a non-profit called SenioRITAS are working to raise money so the DIGNICAPS are available to underserved women being treated at Baptist/MD Anderson in Jacksonville, Florida.

SenioRITAS is having a tennis tournament and an auction in October at the new Sawgrass Country Club to raise funds. It's their 22nd year for the tennis event. You can go in person to the auction or bid online for trips and unique items, including a special tour of White Oak Conservation, the well-known animal habitat now home to more than two dozen of Barnum and Bailey's circus elephants and a prestigious cheetah breeding program.

And there are auction items for golf fans. "We have pin flags signed by major golfers, like Phil Mickelson and Dustin Johnson," Arro says.

The money raised will not just go for the DIGNICAPS. The funds will also help underserved women get mammograms at Baptist/MD Anderson and  will help fund groundbreaking cancer research at Mayo Clinic.

Dr. Al Copland is closing in on clinical trials for medicine that kills breast cancer.  He's grateful to the non-profit, saying, "I'm indebted forever to the SenioRITAS. They are the best of the best."

SenioRITAS is part of a key fundraising non-profit called RITA, which stands for RESEARCH IS THE ANSWER.

Founder Chuck Jantz says, "We started in 1997." Since then they've raised a significant amount of money:   "A little over 5.8 million dollar," he says.

"No one gets paid. We are excellent stewards of our money. It goes to Baptist. It goes to Mayo. And it all stays here," Jantz explains.

If you want to participate in the tennis tournament or the auction, here's the link.

You can also give to their fundraising efforts through that same link.

For more info on the cold cap, here's the company website.