The St. Johns Riverkeeper says according to the state, the levels are low enough to not be a serious health risk. 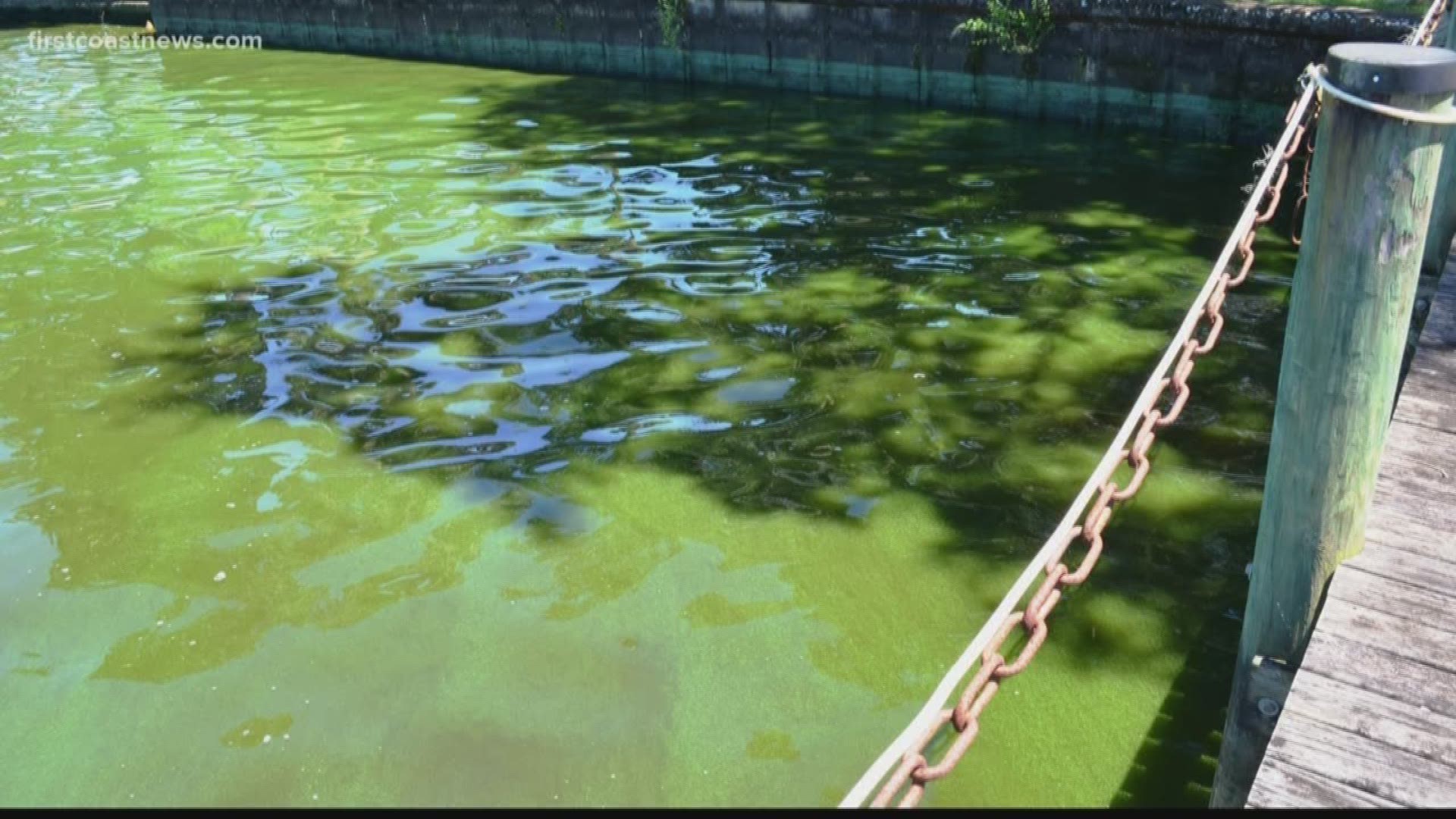 PALATKA, Florida — "When I first reported this, it was pea soup!"  That's how Sam Carr described the algae bloom in the St. Johns River by his dock in San Mateo in Putnam County. He first noticed it in early April.

He's lived on the St. Johns River for 50 years.

"It was really thick," he remembered.

The algae bloom wasn't as bad there, but he could still see it. At Carr's home where the algae are in chunks, he can even smell it.

"I could tell it was affecting me. It gave me a headache," he said.

The water management district has been testing the St. Johns River since people started filing reports of algae concerns this month. So far the results have shown toxins.

However, the St. Johns Riverkeeper says according to the state, the levels are low enough to not be a serious health risk.

So far, it looks like the algae blooms are working their way up the river. The bloom is bold in Lake George, just south of Putnam County. Blooms have also been noticed in Jacksonville in the last few days.

"You can see all the green floating by," Bob Virnstein said. He lives three miles north of Palatka and has seen the algae blooms by his dock.

"Over the last few days, it's getting worse," he said.

Virnstein is a retired marine biologist with the water management district, and he says this is early for an algae bloom.

"It typically happens in mid-summer when we have hot, calm conditions," Virnstein said.

"We had a wet winter," Virnstein explained. "We had a die off after hurricane Irma of the submerged grasses."

Dead grasses create a nutrient-rich environment that algae likes. Plus, Virnstein, Carr, and many others think something else is to blame: sewage sludge, which are also called biosolids.  Biosolids are placed on ranches in South Florida.

"Its land that is part of the drainage basin of the St. Johns River," Virnstein said.

The theory is rain washes those nutrients from the biosolids into the river, making a great breeding ground for algae.