In 2018, there were a total of 52 hot car deaths nationwide. It was the worst year in history for children dying in hot cars. 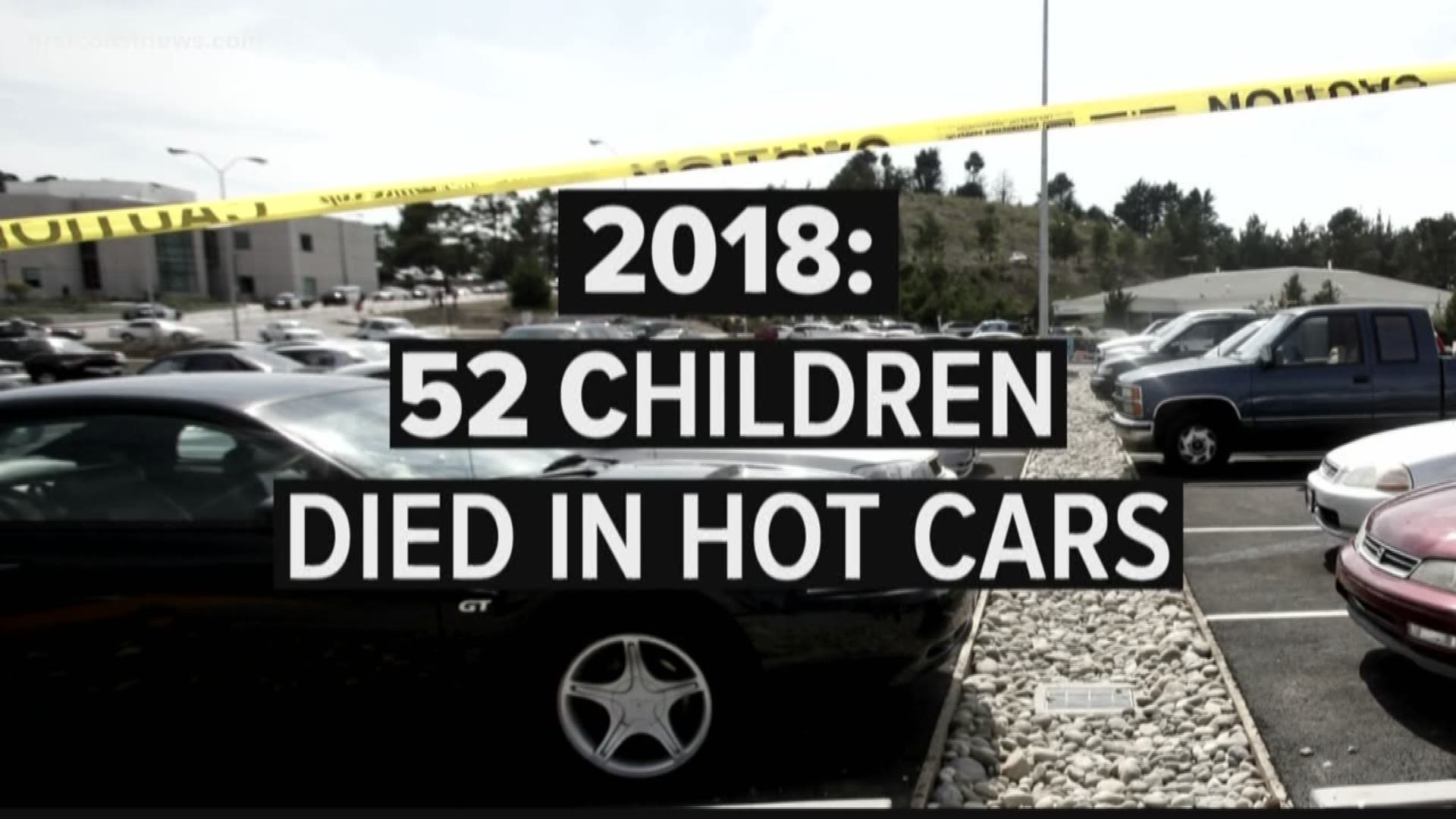 JACKSONVILLE, Fla. — During the summer, the inside of cars heats up very quickly.

According to HeatKills.org at 70 degrees on a sunny day, after a half-hour, the temperature inside a car rises to 104 degrees. After an hour, it can reach 113 degrees.

Imagine a child in the back seat of a car for eight hours when the temperatures can climb to as much as 172 degrees.

In May, it happened at Jacksonville's Ewing's Love and Hope Daycare when a 4-month-old was left in the daycare's hot van.

When baby Brooklyn was discovered, it was too late.

So far this year four children have died in hot cars in Florida alone.

"It is hard to wrap your head around it," said Amber Rollins.

Rollins is with kidsandcars.org, a child advocacy group.

"There's a scientific explanation about how this can happen to literally anybody," she said.

Rollins said their educational message to all parents is simple and effective: look before you lock the car.

"What that means is open the backdoor and check the back seat every single time you leave the vehicle," said Rollins.

This Summer Kids and Cars had legislation introduced in Congress to create the Hot Cars Act.

"The bill calls for a technological system to be included in vehicles that could detect the child is in the vehicle," said Rollins. "Remind the driver the check the back seat and also alert them if in fact that child is left behind."

She said automakers like General Motors and Nissan have a reminder system in their vehicles, but it doesn't go far enough.

In 2018, there were a total of 52 hot car deaths nationwide. It was the worst year in history for children dying in hot cars.

She said what many of us do not realize is that about 26% of the incidents involve a child who was playing in a parked vehicle, locked himself in and did not know how to unlock the vehicle.

"Whatever it takes to prevent them is what we have to do," she said.

Rollins said July and August are the worst months for these horrific accidents and her message to parents is, "if you don't think it can happen to you, think again."