'He was my hero' | Boy photographed with fallen officer shares gratitude

The photo was taken 16 years ago, when Officer Michael Langsdorf caught a toddler dropped from the roof a burning home. 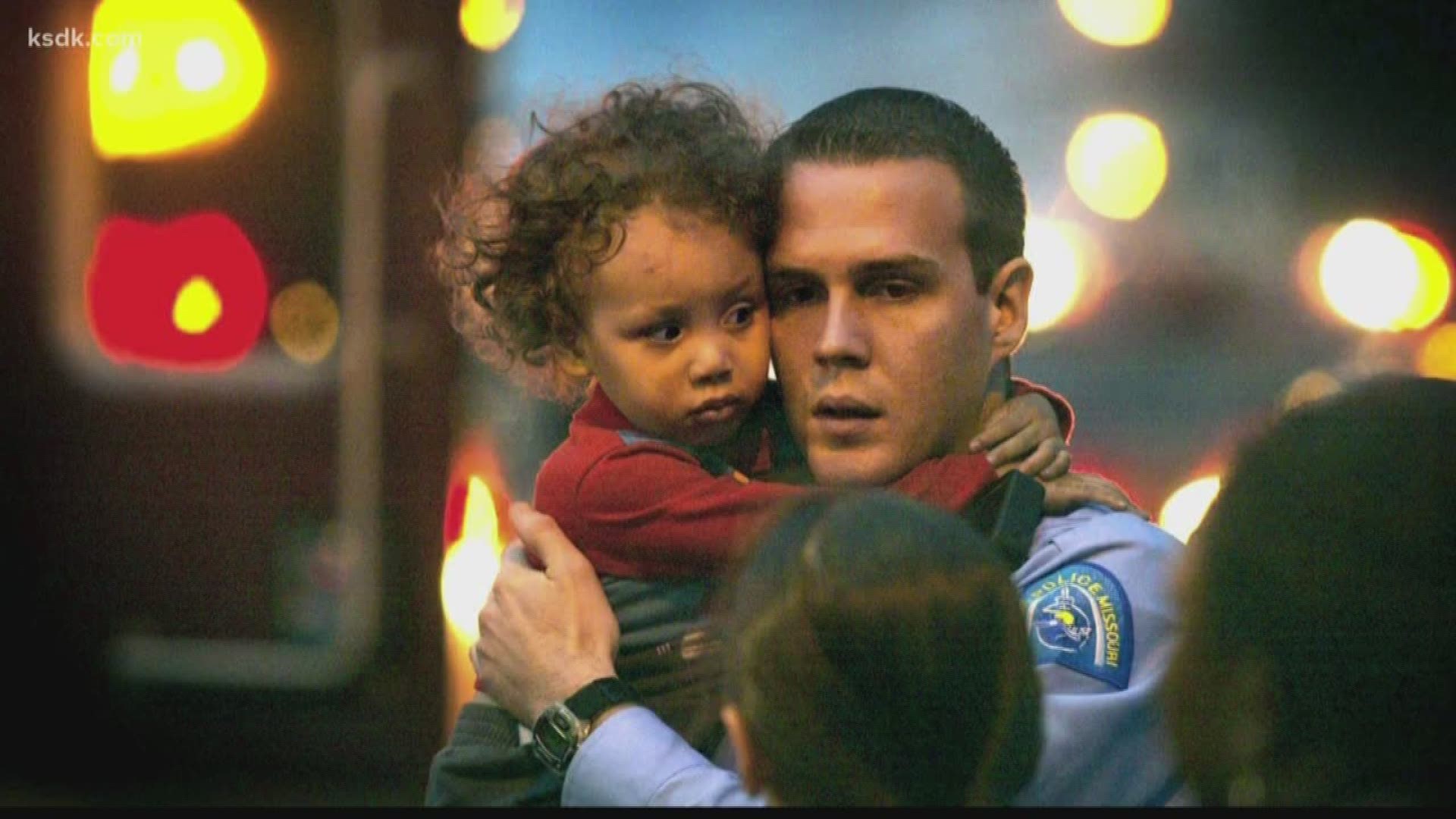 ST. LOUIS COUNTY, Mo. — If a picture is worth a thousand words, this one might leave you speechless.

"We have two copies of it actually,” KeAndre Colenburg said.

KeAndre turns 18 Tuesday, but in the photo, printed in the St. Louis Post-Dispatch November 18, 2003, he’s just a toddler.

His arms are locked around rookie officer Michael Langsdorf.

"It was really scary. You could tell I was obviously scared in the paper holding his neck like that,” Colenburg said.

His dad had just dropped him and his three siblings off the roof of their home to save them from a fire raging inside, he said. Officer Langsdorf was below.

A 5 On Your Side camera captured Langsdorf loading him into an ambulance that night.

"He even came back and checked on us when we were at the hospital,” Colenburg said.

"I was just standing there in awe because I couldn't believe what had just happened,” his dad Keith said.

Sixteen years have passed, but once again, when the Colenburgs look at that picture, they can't believe it.

"The same man that helped my son got executed. It's just tragic,” Keith Colenburg said.

Their hero was killed in the line of duty Sunday.

"I really would like to meet the guy again, when I got older. It was just something I always wanted to do,” KeAndre said.

Instead, the snapshot of their emotional embrace will forever be their only memory.

"I wish I could hold him the same way because he took care of my son,” Keith said.

The Colenburgs say they want to attend Officer Langsdorf’s funeral to pay their respects and thank his family.

RELATED: 'I wasn't going to leave him' | Witness talks about helping officer Langsdorf after shooting