Compassionate Warriors of Jacksonville and Watchful Wings held a vigil Saturday night for the homicide victims of 2019. 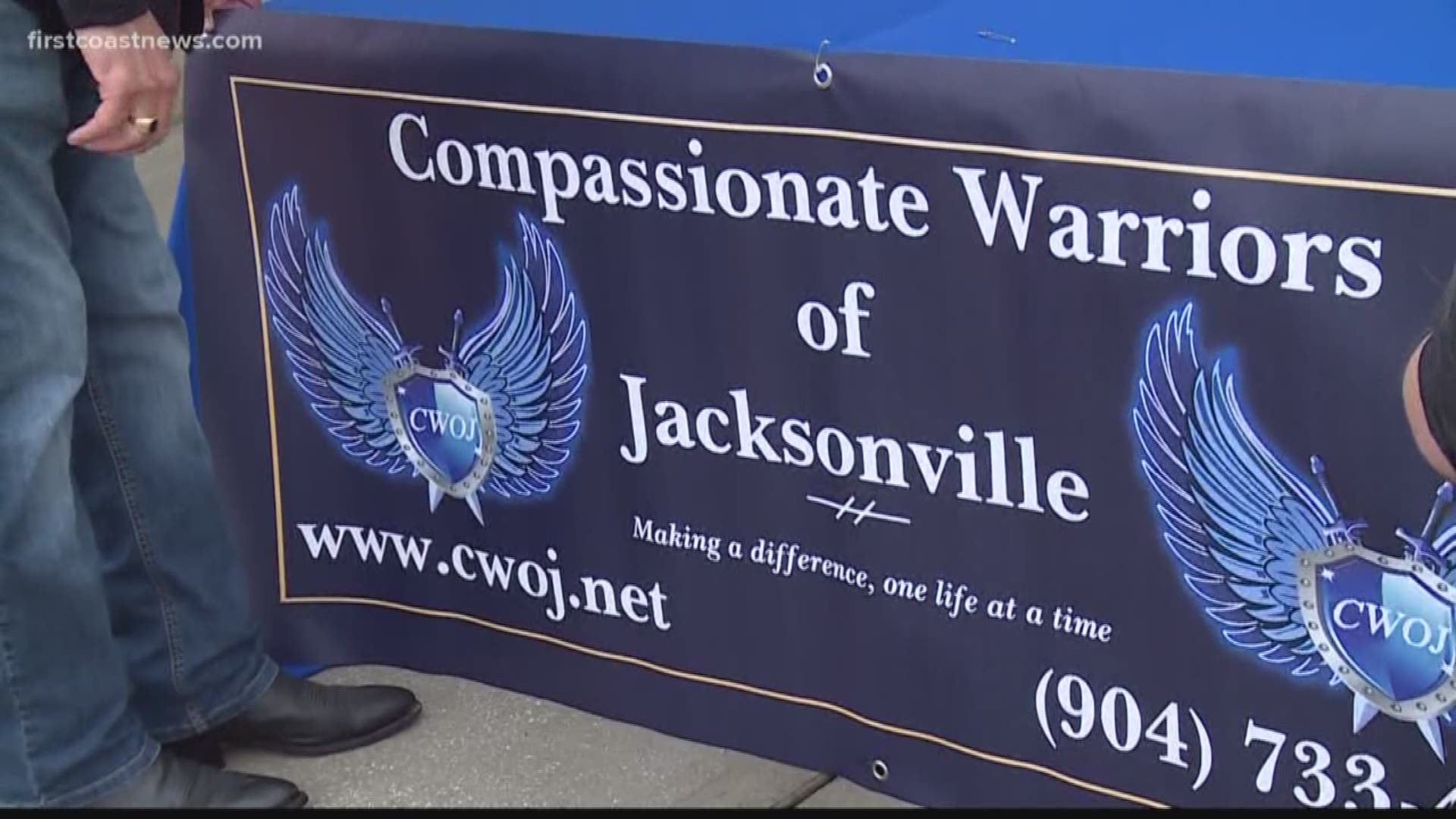 Families of homicide victims in Jacksonville from 2019 gathered at Friendship Fountain Saturday night to honor those lost in 2019.

Gray started the group after her son was shot and killed in January of 2019. She said she never imagined her family would be affected by violence. Gray said she also didn't think the violence in Jacksonville would be the worst it has been in more than a decade.

William Davis, who lost his step-son to gun violence in 2019, was among those who attended. Davis said the community needs to find a way to stop the violence.

"We have to teach everybody to get along," he said. "Nowadays, nobody wants to argue or fight, they just want to pick up a gun and end somebody's life, and once you pull that trigger, that's forever. You can't take that back and we just need to link hearts and link hands and bring this community back together."

Both Gray and Davis said they don't have all of the answers to end violence in Jacksonville, but said it starts with everyone working together.

“I don’t think it’s necessarily the police’s responsibility," Davis said. "I think everything starts at home. We have to parent our kids to the fullest and I mean I think God plays a very big part in that."

“I think the leaders of this city need to stand up and put forth some effort to make some changes and make a difference in what is going on," Gray said.

Organizers said they held the vigil Saturday because so many grieving families are spending their first holiday season without loved ones who were lost to violence in the community.