This will be the third time that more than five million votes have been counted. 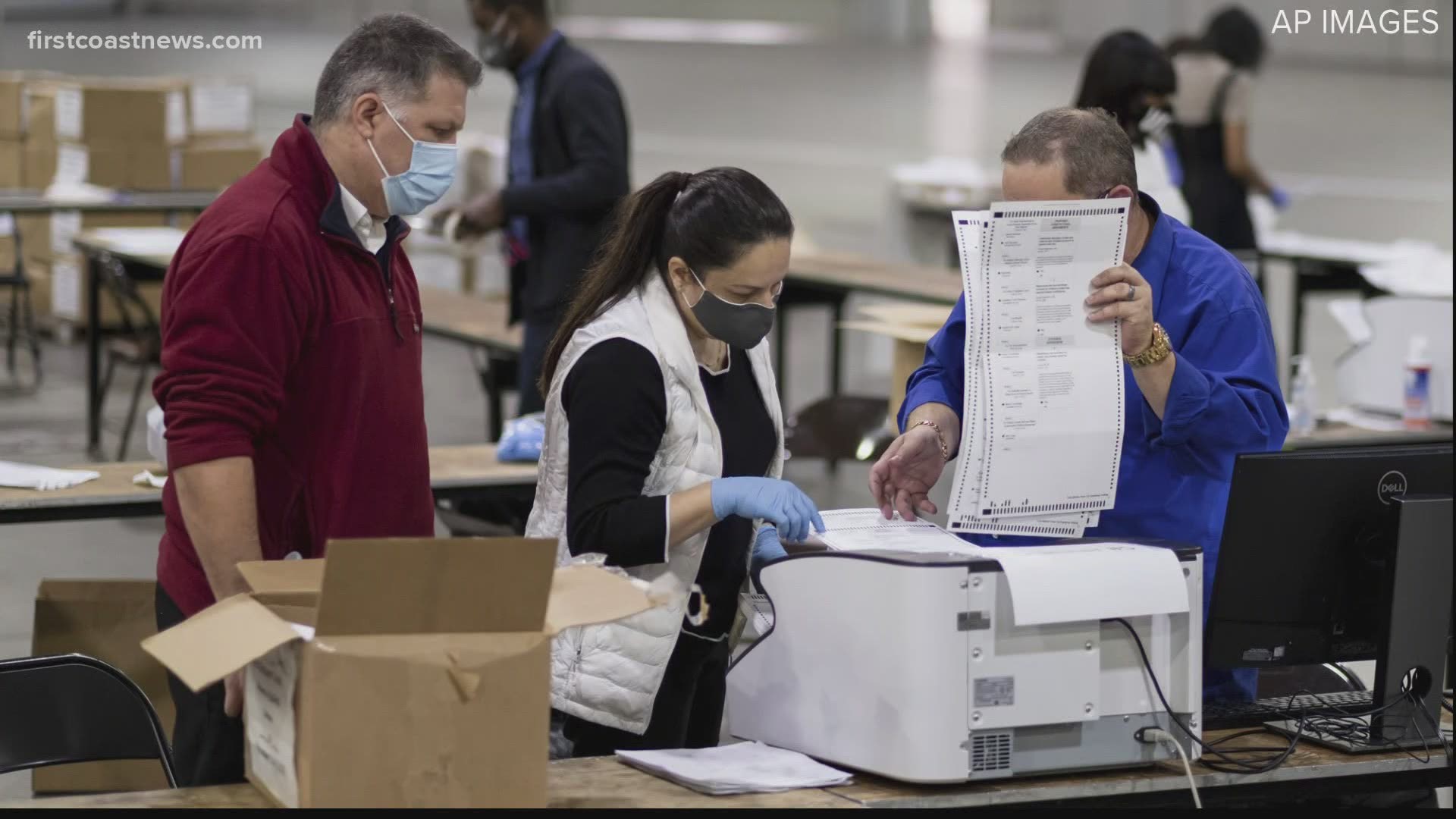 The clock is ticking in Georgia.

Georgia counties have until midnight Wednesday to finish recounting every vote from the general election. It will be the third time more than five million votes have been counted.

In Charlton County, workers finished counting just before noon Tuesday and feel they can finally take a breath now. This was the largest hand recount in history but in Charlton County, they were already planning to do the hand-count audit.

After that, they also had to do the official recount by machine, which was requested by President Donald Trump.

Charlton County Supervisor of Elections Brenda Hodges's team's tally the second time around changed by two votes in the hand recount and didn't change the third time. You might be wondering here: how does that happen?

"A misunderstanding about write-ins," Hodges said. "Initially my instructions were different than what I found out just before the recount. I got actual code to tell me how to do all of it."

"Instead of actually voting for Biden they did a write-in and typed in the name and it was not spelled correctly. There was just some confusion with that."

Hodges's team had to go through 4,500 ballots. In Floyd County, where Atlanta is, they have 500,000 ballots to recount. Their audit revealed 2,400 uncounted ballots. Georgia's voting systems manager says a memory card was not uploaded.

Hodges believes it to be an honest mistake and wants the takeaway to involve confidence in the ballot-counting system.

"I believe our elections, in Georgia at least, were done in a fair and orderly manner," she said.

What can we learn from this election? Georgia's secretary of state's office reports more than 2,000 absentee ballots were rejected because of missing or non-matching signatures.

They received more than one million absentee ballots so 2,000 is only a fraction, but we saw every vote count in this election. Hodges saw issues like these.

"The mismatch was mostly on the application itself where mom or dad signed the application for their son or the son signed for a parent, those types of cases," Hodges said. "Where they don't realize that just below there they can request it for that person and sign their own name rather than signing someone else's name."

Those voters received instructions on how to correct their ballots. With only 12,000 votes between Biden and Trump, we've also learned every vote matters.

Overall in Georgia the audit and recount added 5,000 more votes out of five million. Trump got 500 more but still 12,000 less than Biden.

On Thursday Charlton County starts testing voting machines for the runoff on January 5. Early voting starts December 14 and Hodges says they will also offer it on Saturday, December 19 in St. George.

View the audit results for every Georgia County at the secretary of state's website here.

How do ballot recounts end up w/ different numbers the 2nd or 3rd times around? How different were they? Are workers in #Georgia tired of counting 5 million ballots 3x? We answer these questions this morning on #GMJ! GA counties have until midnight to finish the recount. @FCN2go pic.twitter.com/6J9QKKRpiO