Katherine G. Johnson Hall will be the new name for the former Bull Run Hall. The university will also create a scholarship in Johnson’s name. 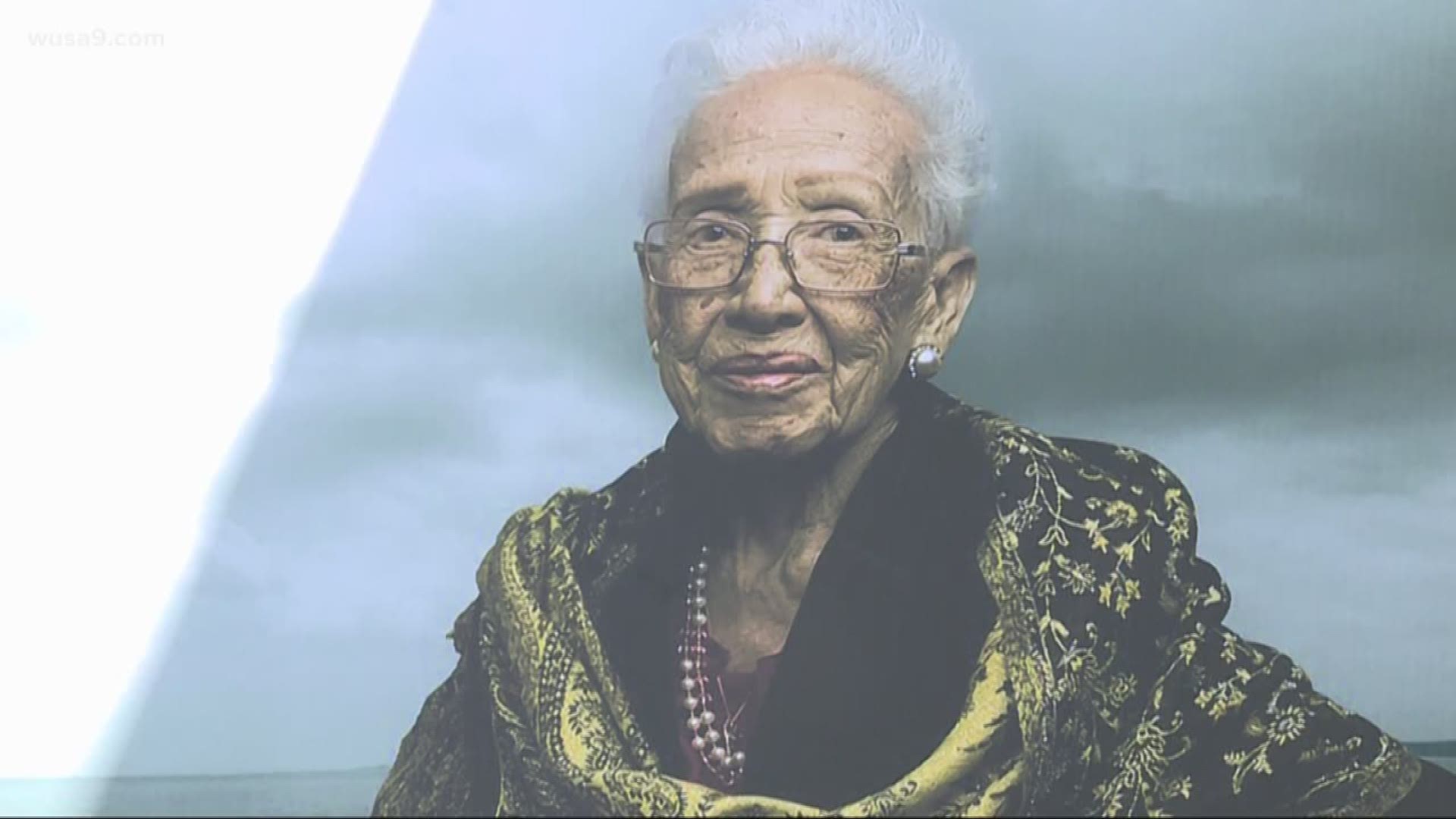 She overcame racism and sexism to help lead the United States into a new era of space exploration, but few knew her amazing accomplishments until the movie Hidden Figures came out.

Katherine G. Johnson Hall will be the new name for the former Bull Run Hall. The university will also create a scholarship in Johnson’s name.

“Katherine G. Johnson Hall will be a powerful symbol of what can be achieved, no matter the obstacles, when students of all backgrounds are given the opportunity to succeed,” said Mason President Ángel Cabrera, one of the dedication ceremony speakers. “Katherine Johnson represents the idea of striving to fulfill one’s full potential. Her name on this building, and her remarkable story, will inspire future generations of scientists and engineers.”

She worked at NASA Langley Research Center in Hampton, Va. for 33 years and performed complex calculations and flight path analysis in the early years of the space program, including Apollo 11 flight to the moon in 1969.

Her achievements were seen in the 2016 Oscar-nominated film Hidden Figures.

Johnson is 100 years old and was not able to make it to the dedication, but her family attended.

"For mom to be in Virginia, and have a building named after her, and to have the history as to why they chose her, has just been amazing," her daughter Katherine Johnson said.

The movie "Hidden Figures" tells the story of Johnson who overcame racism and sexism to put rockets in space.

The movie poster was enough to blow away Olena Bromell.  "I was shocked. I looked at the poster and I was like, is that a black woman? Is that a rocket behind her?

"And she went and did math. She did math so well that the engineers were like, whoa, wait a minute!"  Bromell, a rising sophomore at Woodson High School in Fairfax, has been part of a Mason's STEM summer program since she was in sixth grade. Several of the young people in that program attended the dedication ceremony. Bromell got to read a passage from Katherine Johnson's book when she corrects a man's calculations  at NASA.

"His face begins to turn the color of a cherry cough drop. I was right and he was wrong," read Bromell.

Johnson has NASA facilities named in her honor and received the Presidential Medal of Freedom in 2015.

Credit: AP
President Barack Obama presents the Presidential Medal of Freedom to NASA mathematician Katherine Johnson during a ceremony in the East Room of the White House, on Tuesday, Nov. 24, 2015, in Washington. (AP Photo/Evan Vucci)

Of course, it's an honor for Katherine Johnson and her family to have an academic building named after her. But the people it's really going to impact are the students.

The Katherine Johnson building is home to many academic programs including The Virginia Serious Game Institute.