Generation Lockdown: How are your kids being affected by active shooter drills in school? 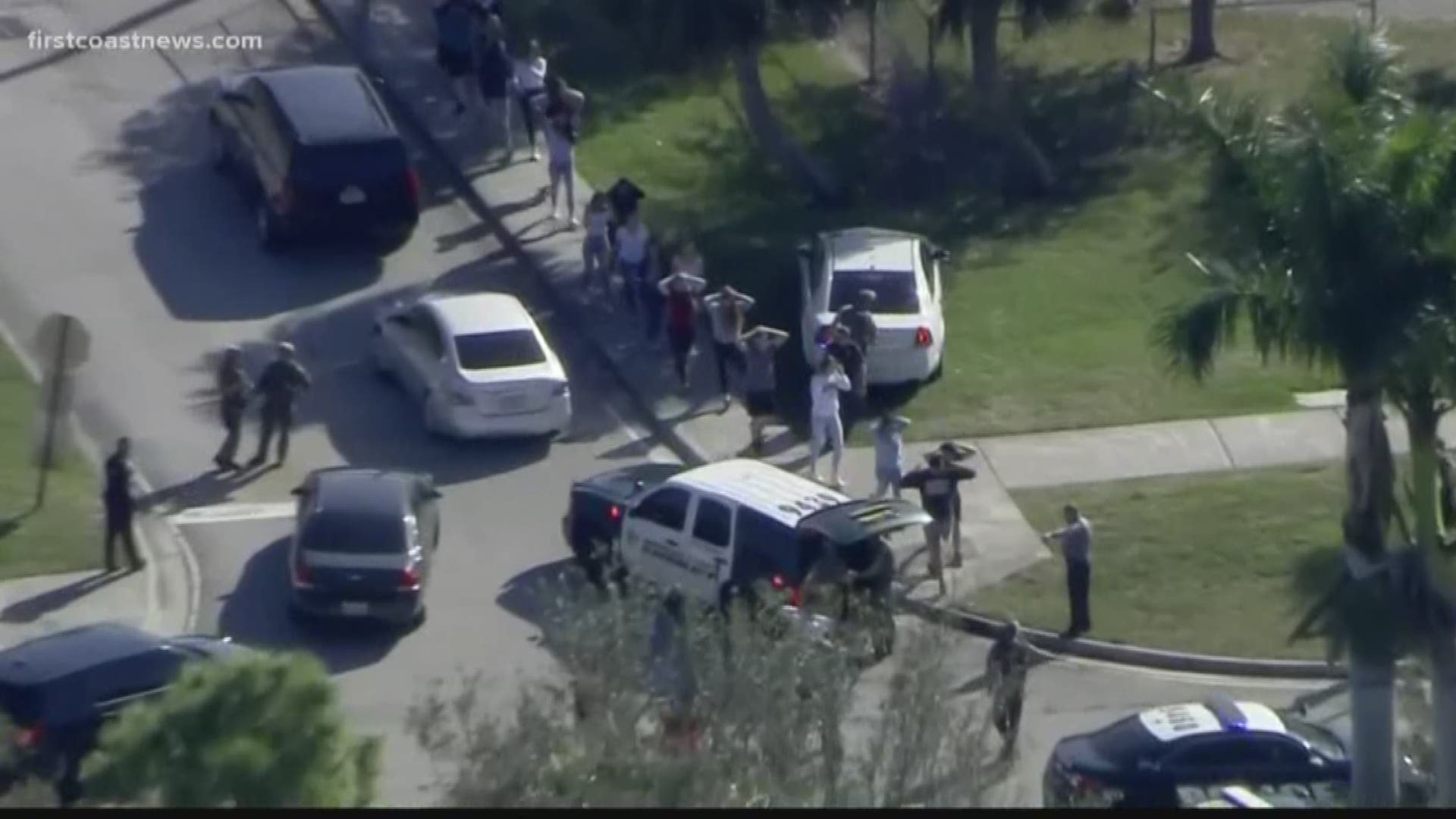 Seven years ago, on a Tuesday morning in March, a former teacher walked into the prestigious Episcopal School of Jacksonville with an assault rifle hidden in a guitar case.

Shane Schumerth, who had been fired earlier that day, shot and killed headmaster Dale Regan, before turning the gun on himself.

"All these alarms start going off like it was a fire drill. But, instead of telling us to go outside, the teacher was like no we have to get behind the desks and in the corner of the room," Katie Leeper said.

Leeper was in the seventh grade and remembers that day well.

"All the police were there. All of our parents were standing outside waiting for us. Everyone was crying.  It's definitely a day I will never forget."

Leeper is now a junior at Virginia Tech, a university where more than 30 people were shot and killed on campus in 2007.

According to the gun safety group Everytown, there have been 85 incidents of gunfire on school grounds just this year, 17 deaths including 3 suicides and 54 injuries.

"Kids today, even 10-year-olds, are aware of what could happen.  This is the world we live in," Dr. Justin D'Arienzo said.

Dr. D'Arienzo is a prominent Jacksonville psychologist and the father of four children.

"I asked them all about their experience having mass shooting drills at school and they all corrected me and said they're calling them intruder drills," D'Arienzo added.

A name change that many schools have implemented, to lessen the anxiety, as these exercises become more frequent as school shootings continue to make headlines. Forty two states, including Florida and Georgia, require emergency or safety drills in school.

D'Arienzo said his youngest child has shown some concern about what he's learning.

"We were explaining that school is a safe place, it's a fun place. He said no dad. School is not safe.  Somebody could bring a gun to school."

Last May, First Coast News interviewed three children in St. Johns County, who have only known a life of lockdown drills.

"We lock the doors and go into the bathroom and stand there and wait until the coast is clear," one student said.

The students showed First Coast News' Anthony Austin the drills they practice in school. A disturbing sight to see and even more heartbreaking listening to them talking about it.

"Our teacher shuts the door and locks it. The teacher turns off the lights and we go in the bathrooms and be as quiet as we can. Just in case there's a bad guy or somebody we don't know," another student responded.

The Marjory Stoneman Douglas Public Safety Commission, started after 17 people died in Parkland, is now recommending the number of emergency drills in Florida schools be reduced.

After complaints from students and parents about the emotional trauma these drills can cause, the commission wants the governor and state legislature to change the required emergency drills from monthly to only six for the entire year.

Leeper agrees with the recommendation.

"I understand the point of having safety on campus.  I understand the point of maybe having someone on campus that provides that safety.  But, having students regularly practice for something so traumatic, I don't really think that would have a positive effect.  Because, if they actually went through it, I think nothing could prepare you for that."

But, some schools across the country have taken emergency drills to another level.

Video taken by NBC News shows a Missouri school in 2014 going through an active shooter drill with fake blood and blanks. Earlier this year, teachers at an Indiana school were shot execution style with pellet guns during an emergency drill. Some teachers were injured.

"There are certain children that may have some anxiety as a result of this training and these are kids who are really smart and maybe know too much information or kids that maybe have an history of anxiety," D'Arienzo explained.

D'Arienzo said parents should talk to their children, reassuring them they can expect a certain level of protection at school.

"It's important for a parent to emphasize that this is highly unlikely to ever happen or to occur and that you are safe at school," D'Arienzo added.

But, Leeper said this goes beyond school grounds.

It's an unfortunate reality, a new normal, that we must all deal with as we try to calm the fears of a generation on lockdown.

"I still don't think it changed me in a negative way.  I think it showed me what it means to be in a community and just come out stronger," Leeper said.