Future Mayport based ship involved in a collision in Canada

FCN has learned that the future USS Billings, a littoral combat ship planning to call Mayport home in August, collided with a cargo vessel. 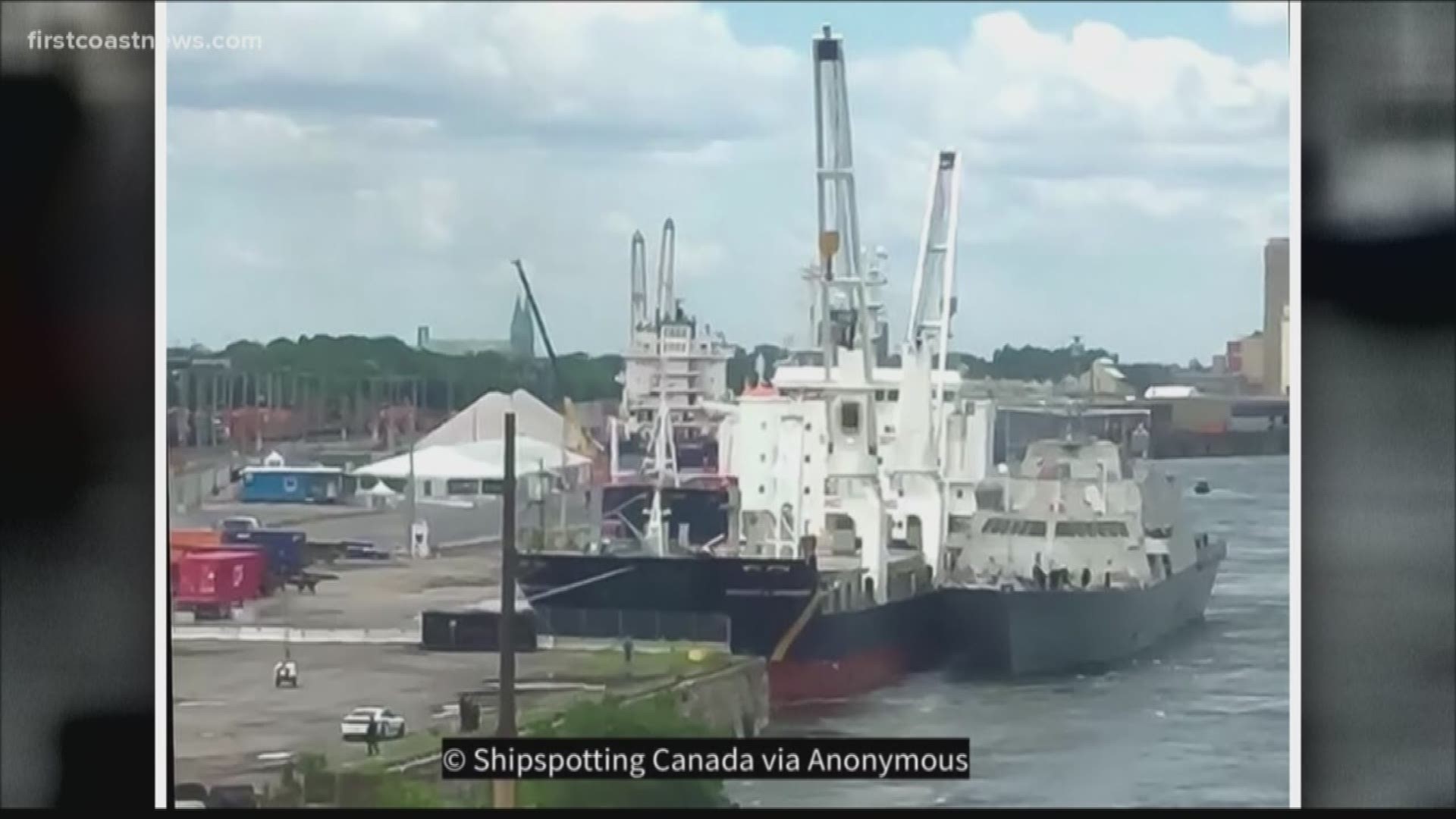 A Navy ship with sights on Mayport was involved in a collision with another ship in Canada on Friday.

First Coast News has learned that the future USS Billings, a littoral combat ship planning to call Mayport home in August, collided with a cargo vessel after departing from a dock.

According to witness reports, the incident happened when the USS Billings departed a wharf with the assistance of two tug boats. Witnesses say it somehow lost control after the lines were let go and hit the vessel that was behind it.

A Navy spokesperson says the ship sustained minor damage and will be temporarily ported in Montreal under a full damage assessment can be completed. So far, the Navy has only found minor damage above the water line but a full investigation is underway.

The USS Indianapolis Association says there were no reported injuries on either vessel and the cause is still under investigation. At this time it's unclear on how much damage was done to both ships.

The ship was expected to reach Florida in July and commissioned in August. The collision is not expected to impact those dates at this time.