Christina Meredith didn't have an easy life, but she didn't let it stop her from achieving greatness. 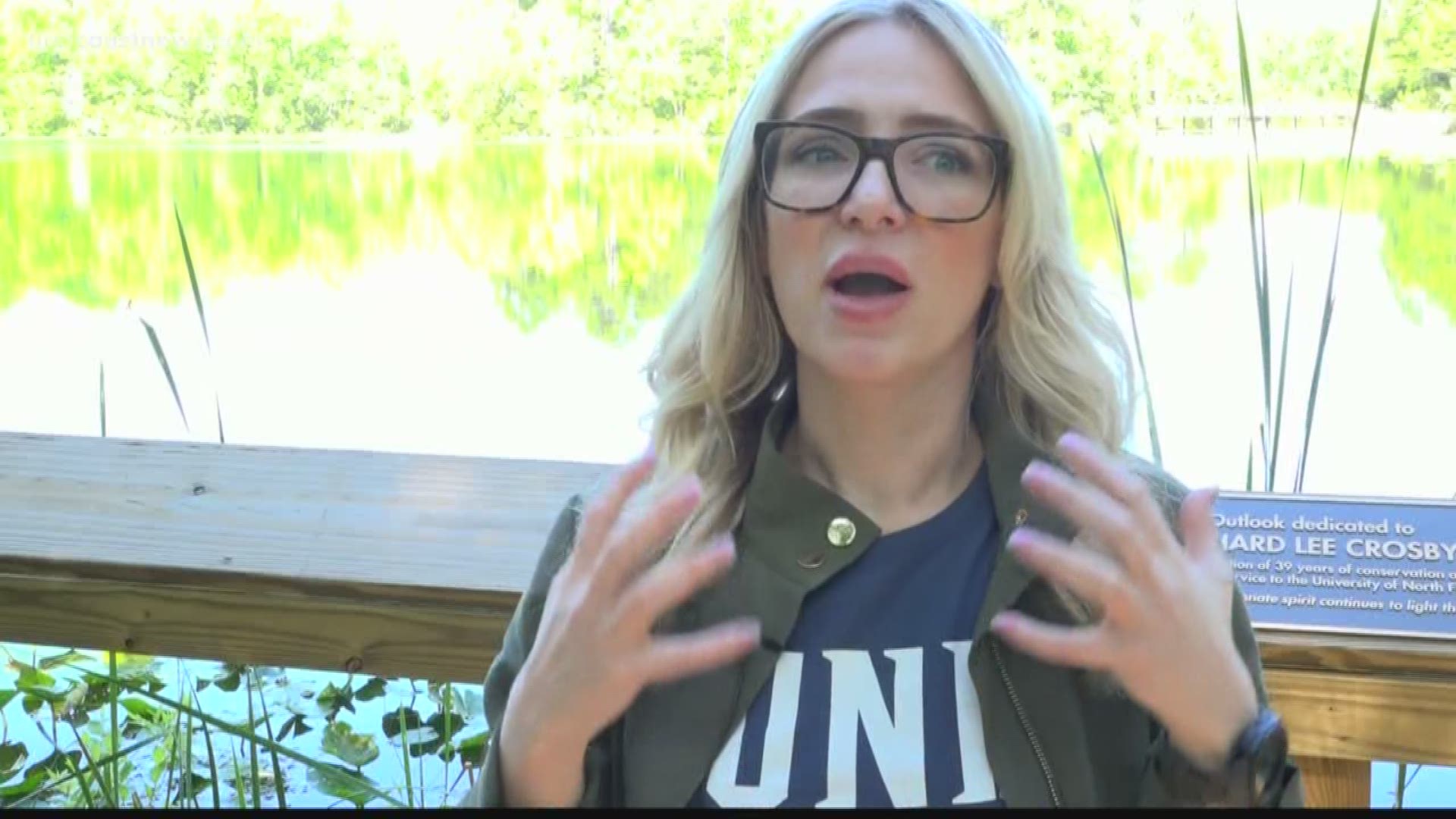 Looking back on Christina Meredith’s life, it isn’t a story you’d expect.

“Life was walking on eggshells when I was younger,” Meredith said.

Egg shells, because Meredith says she grew up in an abusive home.

“I mean I experienced all the abuse you could think of,” Meredith said. “Sexual abuse, physical abuse, emotional abuse, psychological abuse. I mean, I was going to school with bruises and black eyes.”

Meredith says she was nine years old when DCF first came to their home.

“Abuse report after abuse report, social worker after police officer, constantly checking for bruises until I was pulled from the house finally at 16,” Meredith said.

This story isn’t about struggle, though. It’s about strength - strength she first found in high school ROTC.

“The structure, the discipline, the ability to achieve greater than you think you can achieve,” Meredith said. “I just fell in love with that.”

It’s also strength she had to take with her as she aged out of foster care and became homeless.

“I graduated Nease High School and I lived in my car for a minute,” Meredith said.

Meredith says she refused to stay in that situation, worked three jobs, and moved to California where a pageant recruiter saw her in a grocery store.

“He was like, ‘hey, you should compete in the Miss California pageant,’ and I was like, ‘wrong girl guy, you’ve got the wrong girl,’” Meredith said.

Meredith would’ve told you she wasn’t pageant material, but the judges didn’t agree because she won.

“Being crowned and hearing my name it was like, I am a real person, I have a name,” Meredith said, “because for a long time I didn’t have a name. My name was laundry lady, or s***, or w****, or stupid or dumb.”

Meredith’s used everything she’s been through and wrote a book about her life called Cindergirl, and it earned her a national a book tour.

“I hope that my story emboldens people to not allow their hardship or their suffering or heartache to swallow them whole and they find hope,” Meredith said.

Now a published author, she still hopes to graduate from UNF with a political science degree.

“Ultimately when I get out of the united states military, I’m going to run for office,” Meredith said. “I think we need more women in leadership and I think more people who’ve experienced hardship to be in leadership.”

Christina has also just launched the Christina Meredith foundation where she plans to help foster youth.. and her book is in the process of being turned into a movie.