William Randall was a prominent figure in Northeast Florida politics, activism and religion before his 2018 arrest on four child sex crime felonies. 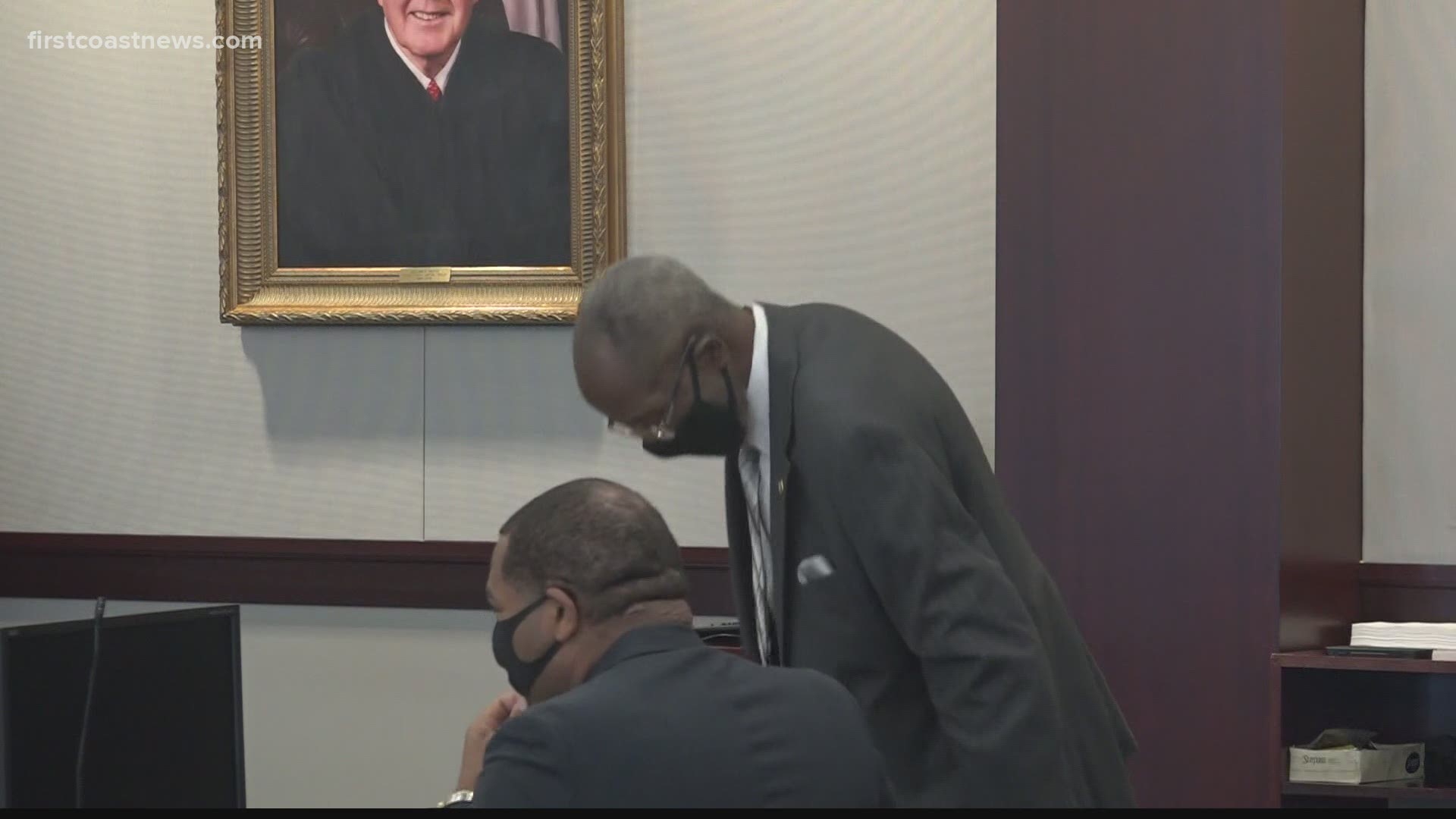 William Randall, 77, was charged in 2018 with four felonies related to the sexual abuse of a child older than 12 but younger than 18. The charges related to more than one alleged victim.

Randall initially pleaded not guilty and has long maintained his innocence, but today pleaded to one of the four counts against him. Prosecutors agreed to drop the three other charges In exchange for his guilty plea, but did not offer him a negotiated sentence as they would in a typical plea deal.

Circuit Judge Don Lester will sentence Randall next month. He faces up to life in prison but sentencing guidelines recommend 108 months behind bars. Randall will also be required to register as a sex offender.

Randall, a past president of the NAACP and a pastor at St. Simon Baptist Church in Orange Park, once unsuccessfully ran for former congresswoman Corrinne Brown’s legislative seat.

He declined to speak after court.

Credit: Will Dickey
Rev. William Randall embraces former congresswoman Corrine Brown during a Martin Luther King breakfast Monday, January 15, 2018 at Shiloh Church in Orange Park, Florida, two weeks before Brown is scheduled to report to prison. Randall spoke out against her incarceration at the event. (Will Dickey/Florida Times-Union)