Seth Owen wants his hometown's support at the July fundraising gala at the Casa Marina Hotel. 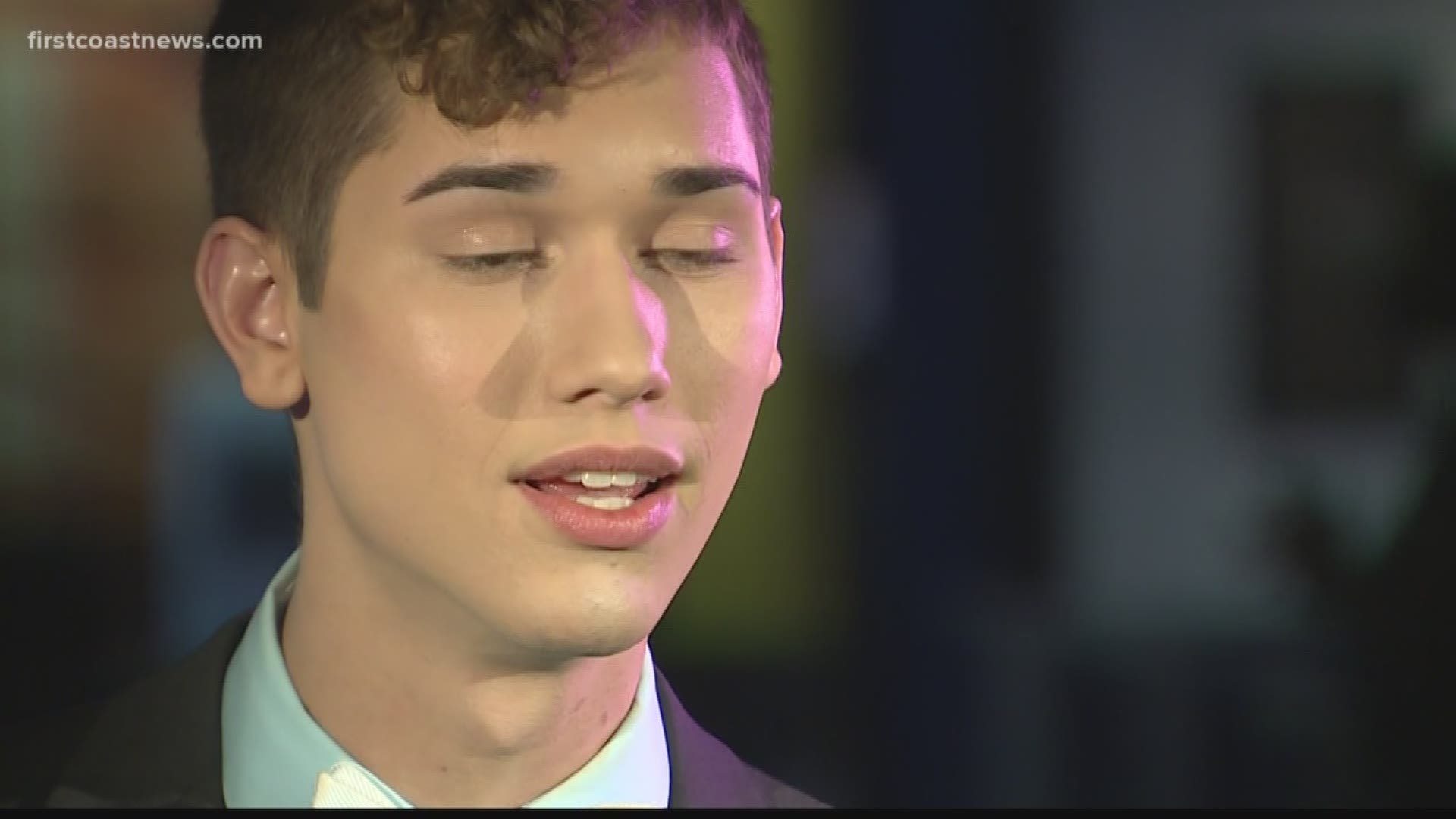 A Jacksonville teen who drew national attention and sympathy after he was kicked out of his parents’ home for being gay is now looking to his hometown for help.

Seth Owen, whose plight was first recognized by his teachers at First Coast High School and reported by First Coast News last July, has founded a nonprofit. The organization hopes to help kids like him: ambitious scholars in the LGBTQ+ community.

Owen used his viral fame – which included an appearance on Ellen and a shoutout by former Vice President Joe Biden – to found Unbroken Horizons Scholarship Foundation. That group is hosting a fundraising gala at the Casa Marina Hotel in Jacksonville Beach on July 12.

The event will feature YouTube star and host of the 'OMKalen' segment on the Ellen DeGeneres show, Kalen Allen as the keynote speaker.

Five scholarships will be presented during the evening.