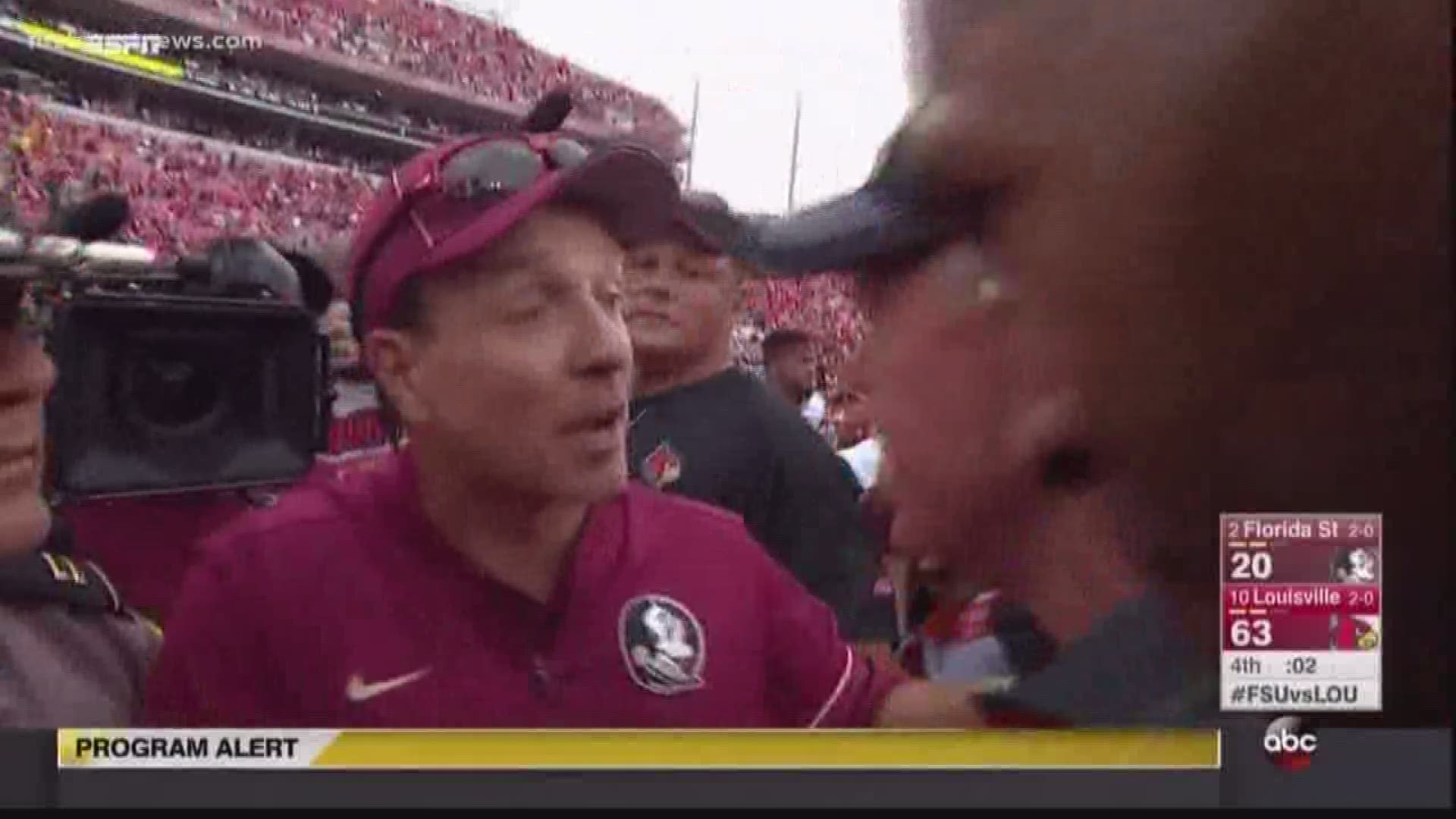 Florida State has confirmed that football coach Jimbo Fisher has left the school to become the new coach at Texas A&M.

"Today, Jimbo Fisher informed me he has accepted an offer to become the next head football coach at Texas A&M University. Coach Fisher did an exceptional job as both an assistant coach at FSU and in the challenging role of successor to the legendary Bobby Bowden. I believe Texas A&M is getting one of the best coaches in college football. We appreciate all he has done for our program and wish him and his family great success moving forward." FSU president John Thrasher said in a statement.

He will not coach the Seminoles against Louisiana-Monroe at noon on Saturday. Offensive line coach Odell Haggins will be the interim head coach.

Fisher was in his eighth year as the FSU head coach with an 83-23 overall record, but leaves FSU with one game left in the 2017 regular season.

With Fisher gone, FSU will be entering into the coaching carousel for the first time in 41 years when Bobby Bowden was hired in 1976.

Fisher became FSU's head coach in 2010 taking over for Bobby Bowden after being named head-coach-in-waiting and offensive coordinator in 2007.

He took over a program that had gone 7-6 three times in the four years before Fisher took over, and he immediately turned the program around winning 19 games in his first two seasons, and reaching the programs first ACC title game since 2010.