JACKSONVILLE, Fla. -- The pro-gun group "Florida Carry" is requesting the Florida Senate pass emergency legislation to allow all public school teachers to bring their concealed firearms to the classrooms to use in their defense. 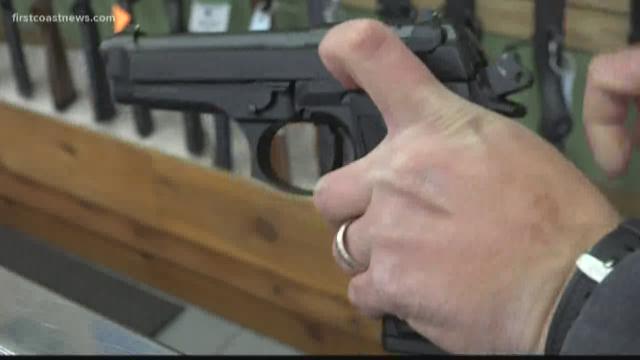 JACKSONVILLE, Fla. -- The pro-gun group “Florida Carry” is requesting the Florida Senate pass emergency legislation to allow all public school teachers to bring their concealed firearms to the classrooms to use in their defense.

The idea is nothing new and, tragically, the timing of it isn’t either as gun legislation comes to the forefront of discussion following another mass shooting.

"I think what we have to consider is that the training to have a concealed weapons permit doesn’t really bring you to the level of law enforcement dealing with an active shooter situation," said Shine.

He's an instructor in shooting sports and a teacher of a local concealed weapons class.

"I’ve been doing this for about 15 years, even at my level I don’t feel comfortable confronting an active shooter in a school."

He says change must happen after 17 innocent lives were taken in what’s supposed to be a safe setting.

He says arming untrained teachers is too great a risk right now, but it's something that should bve up for debate.

"How would a law enforcement office knows the teacher is not the shooter?"

"Mace and pepper spray have a range of about 20 feet," said Shine.

In his letter, he says:

One thing to consider is allowing trained members of a school staff to use/have access to non-lethal intervention tools -- mace, bean bag, body armor, etc.. I understand it will be impossible to stop all events, but if we can minimize the event -- or even more, create the perception among possible perpetrators that they will be less likely to be successful in consummating their crime -- the deterrent factor could be of value.

He also says that Duval County’s aging buildings need to be updated with technology.

"For example, if a door is open that shouldn’t be a buzz will go off in the front office."

Shine says Florida Concealed Weapons holders are restricted from carry in a number of locations, not just schools; among these "places of nuisance" are bars and commercial events that have alcohol.

In training for CCW, persons are instructed to avoid danger and generally move away from fire, says Shine.

"The proposal we talked about today would involve educators "moving into fire." That is a radical departure from personal protection practices and training. However, Florida law does allow you to "stand in the shoes of another" regarding deadly force is the force is reasonable in protecting live or grievous bodily injury."

Shine says the state publication that is sent to CCW permit holders when the license is granted, actually says "a CCW does not make you a free-lance policeman."

"So, what we are talking about in the proposal to the state is very different the current CCW parameters."