First Coast YOU: Zach Motes and the art of healing 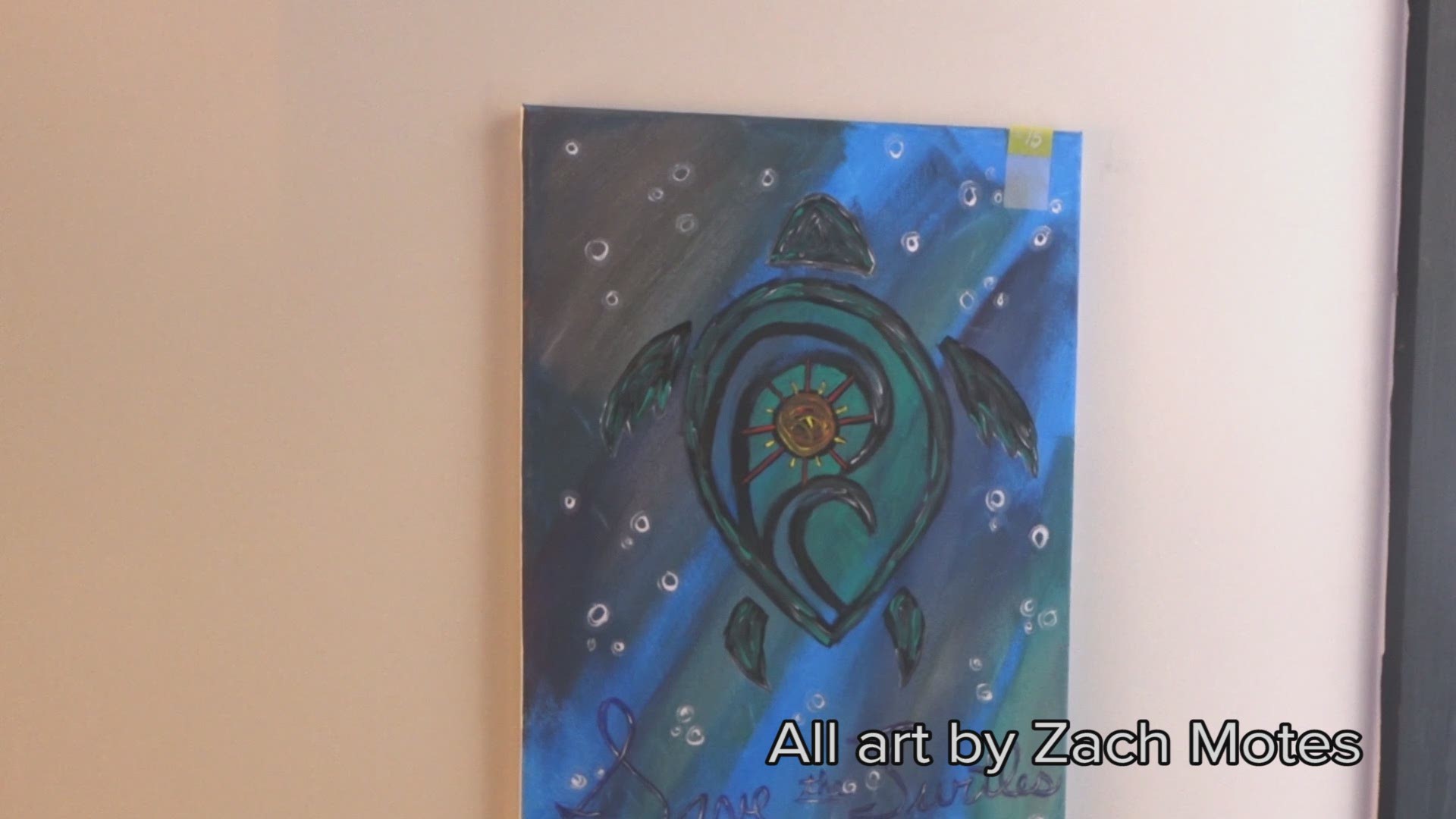 Occupation: Artist / Massage Therapist at The Fiix in Five Points

Favorite thing about the First Coast: "Art and creativity are passions of mine, and I feel like Jacksonville is really full of that. It seems like it doesn't matter where you go in Jacksonville, you can always find some sort of creativity going on."

Zach's story: "In 2011, my wife and I lost our first child. I spent a lot of time grieving that and just not knowing how to heal and, I guess, feeling lost for a while. So when I began to move away from things that I thought were what I needed and moved away from ideas that I thought were what my life needed to be centered around-- just really embracing people from any walk of life --I realized that I could do more good just connecting with people than trying to change them. Just relating to people and letting people know that I just genuinely care about their healing."

"We ran into some complications in the pregnancy, very early on in the pregnancy. We spent quite a few days in the ER trying to keep from going into early labor. I think we were in there for about a week before we had to have an emergency C-section. He lived for nine days in intensive care before [doctors] finally said there was nothing they could do for him. It was definitely life changing. Every area of life -- you've grown up and you think you understand life and you really don't."

"He was only alive for nine days but he taught me so much in those nine days. Now we have two healthy boys. Even though he was so tiny and he only lived for nine days we still see so much of him. As sad as it was, it makes you feel good that ... with the advances of science in the medical field .. we were so confident in these pregnancies."

"I think it's very neat to see my kids, who get so caught up in watching TV and playing on a tablet -- when you pull out paints and canvas, that stuff doesn't matter for a little while. It just seems like it sparks their imagination. It's so cool to watch them express things. We could be painting the same things, but watch how their expression is different from mine even at such a young age."