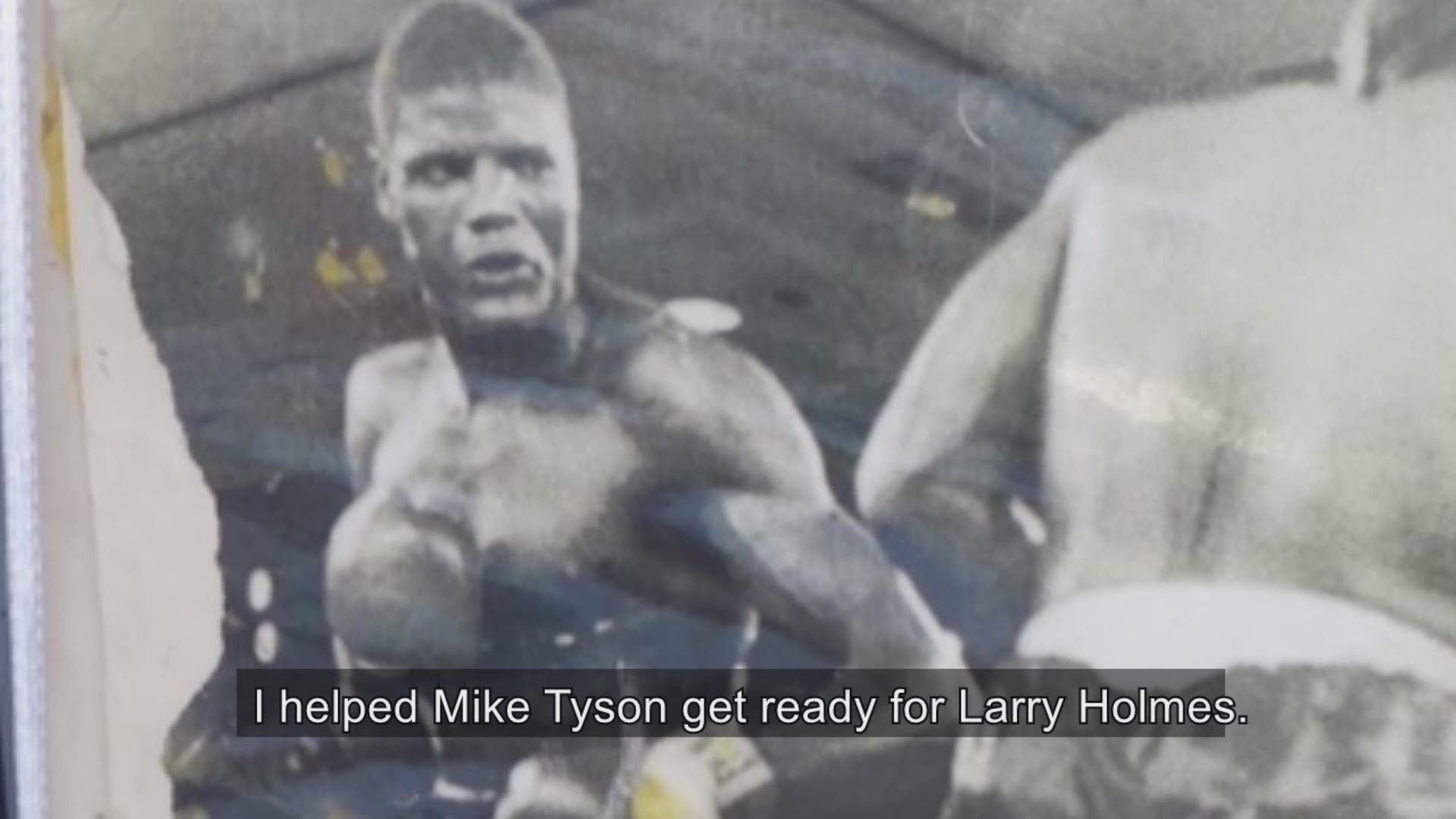 Lives in: Moncrief, born and raised on the Westside

Mike Tyson was a good guy. He wasn't what the people say he was. He was real quiet and he liked to box.

My main man was Muhammad Ali. I tried to do things Muhammad Ali did in the ring. I learned behind Muhammed Ali.

I met Ali one time. There was a gathering out of town and I saw him walking toward the crowd. He sat back and talked to me for a little while ... He was a good guy. He was a really funny guy. He liked to make jokes all the time.

I boxed in Atlantic City, I went to Italy two times, I went to Aruba, I went to Vegas. I went all over. I boxed for 13 years. I was winning fights, then they gave me two shots [at the title] and I lost the first shot. Lee Roy Murphy stopped me in the 14th round. I got another shot with Carlos 'Sugar' De Leon for his belt. He thumbed me in the eye in the 12th round ... and I couldn't continue the fight.

I ain't never think it would happen to me but it happened to me. I lost a fight on the count of a thumb in the eye. I fought maybe two or three more times after that."

"I wasn't drinking and drugging during my career. It was after and then I saw myself going downhill. Then I stopped drinking and drugging. I cried out to the Lord and I asked the Lord to take the desire away from me. And He just did it. I ain't have a drop no more after I prayed about it. I ain't have a drop of drugs or alcohol. That was almost 22 years ago."

"I got diagnosed with Parkinson's 10 years ago. I had a bad tremor in my right hand. I take medication to calm it down ... I got it from boxing. I had two traumas to the head from taking headshots. I dealt with a lot of heavyweight fighters during that time. I really can't remember a point in time I started coming down with Parkinson's."

"With Solomon's Ventures, I started hanging out and he put me to work. I like to hang out in the store and talk to people about my boxing stories. A lot of people know me."

"You know, I had a dream one time about boxing. I always did want to box, and the dream finally came true. I was a bad guy once upon a time, going in an out of trouble all the time. Then one day I got three years and when I went to do my three years there was boxing inside the prison where I was. I joined the boxing team. I started boxing and I said, 'Ain't nobody going to beat me.'"