Before either of the two cases were closed, Navy Chief Petty Officer Andrea Washington was found dead inside her Northside home on Sept. 17. 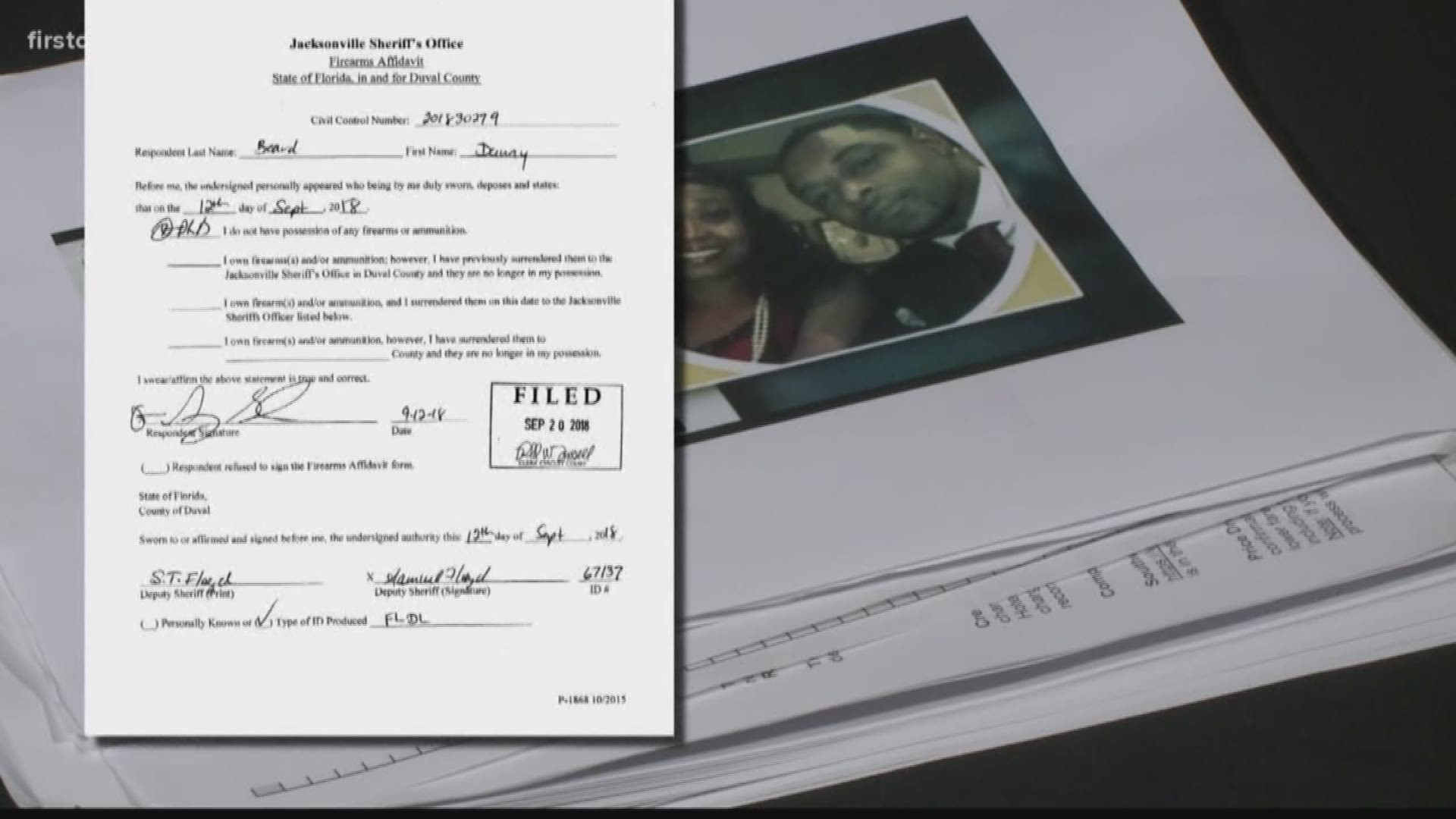 Five days before Navy Chief Petty Officer Andrea Washington was murdered in her Jacksonville home, the slain woman's fiance swore to an officer he did not possess a gun.

A deputy sheriff ordered Danny Beard to surrender any weapons on Sept. 12 as part of an open restraining order request filed by Washington. She filed for the protection order on Sept. 6, telling the court in her petition that Beard threatened her with a gun. She also reported he pushed her to the ground and kicked her in the stomach.

Washington had already filed a separate police report on Sept. 2 for aggravated assault, at the encouragement of a friend.

Before either of the two cases were closed, Washington was found dead inside her Northside home on Sept. 17.

Beard is not a named suspect in her death and was never charged in the abuse claims by Washington in the weeks prior.

He did appear in court on Sept. 17 to defend the domestic violence injunction against him. A court dismissed the temporary restraining order because Washington did not attend--nor could she. That was the day her body was discovered.

According to court documents, Beard first learned about the injunction on Sept. 12, five days before the hearing. A deputy sheriff's paperwork said Beard signed a Firearm Affidavit stating he does not have possession of any firearms and/or ammunition. Beard told the deputy, as a convicted felon, he could not legally possess firearms.

Washington's claims against him, however, indicate Beard used a handgun to threaten her. In the Sept. 2 report, Washington told police he threatened to kill her and the violence had recently escalated.

It's unclear if the deputy sheriff asked Beard about the threats and alleged use of a weapon when he was being served with the Firearms Affidavit and Domestic Violence Injunction.

A friend of Washington's, Brad Cox, told First Coast News he tried counseling her through the rocky relationship with Beard. He believes some action on her reports should have been taken sooner.

"I believe if there [had been] an arrest made at least a suspect held in detention detainment," Cox said. "I believe she would be here with us right now."

Timeline of On Your Side Investigates stories: