JACKSONVILLE, Fla. -- Sultan used to be an accountant in his native Saudi Arabia, but the eye disease Keratoconus forced him to retire. 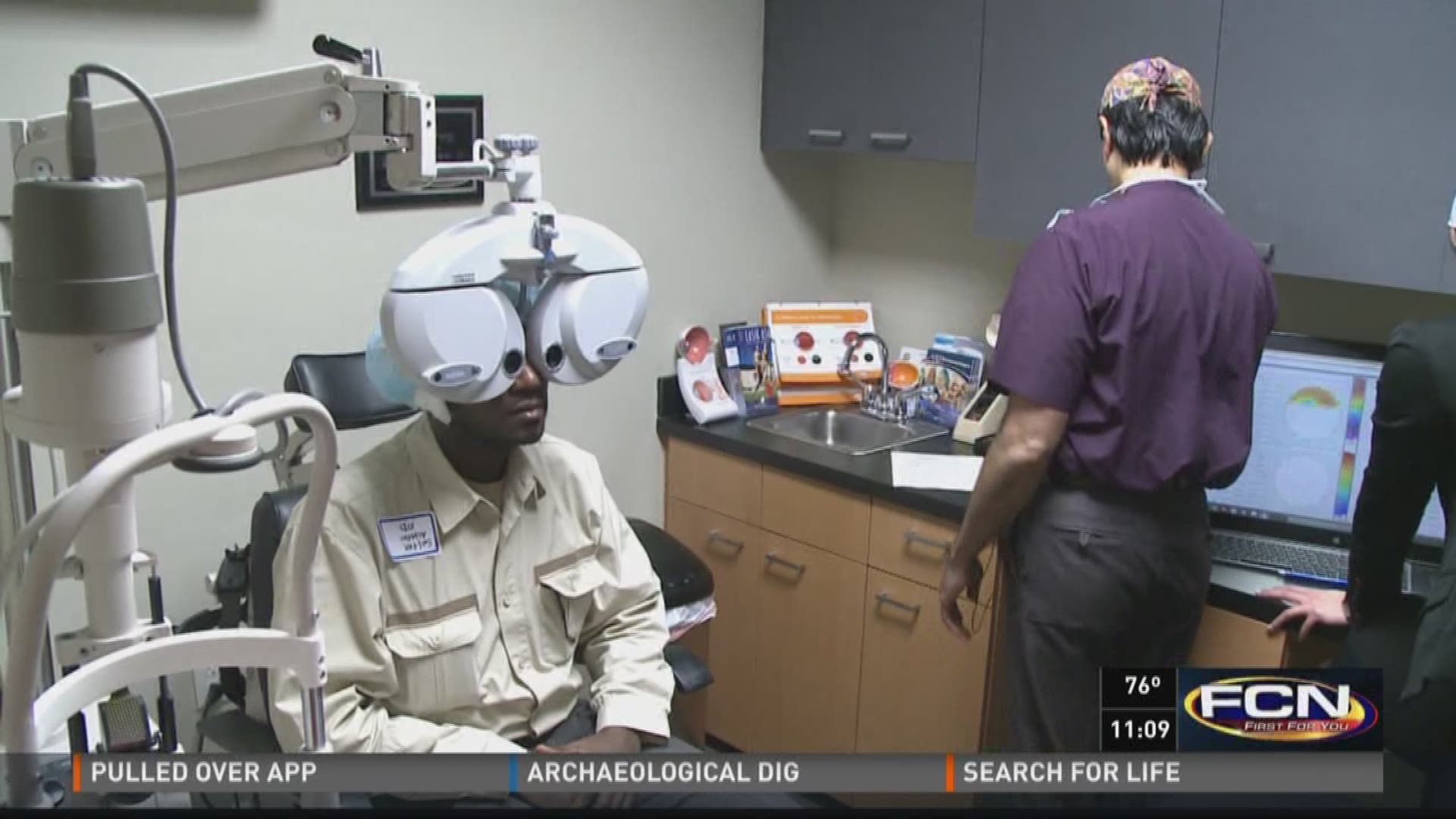 JACKSONVILLE, Fla. -- Sultan used to be an accountant in his native Saudi Arabia, but the eye disease Keratoconus forced him to retire.

Searching for sight, he sold his suburban and traveled 7,286 miles from Saudi Arabia to Jacksonville.

Dr. Arun Gulani of the Gulani Eye Institute will perform the procedure, "In Europe I have been doing this for over a decade," said Gulani. He said now that the FDA has approved Collagen Cross Linking patients like Sultan will see their eyesight improve dramatically.

"I hope it will correct my problem," Sultan said.

So that begs the question: If the medical procedure is as good as he claims why did it take so long?

"They have to do their due diligence to make sure it is safe," said Gulani. He is convinced it can prevent blindness in patients with Keratoconus.

How does it work?

"The patient goes under a UV light machine that changes the shape of the cornea, " Gulan said, taking it from the shape of a cone to the round shape of a basketball, "The collagen comes together and becomes firm so the cornea doesn't bend anymore."

Sultan was prepped by being given a teddy bear to hug to calm any concerns he may have during the process. The prep took longer than the procedure itself.

Dr. Gulani used the CCL machine on his eye and added certain eye drops during the process.

He kept talking to the patient asking him if he was comfortable or was he experiencing pain. Sultan would always respond that he is okay.

From the CCL machine he was moved to the laser machine for a series of laser treatments, the entire process lasted only ten minutes.

"Are you seeing any different Sultan?" asked Gulani,"What do you see?"

Sultan responded that he could see and his vision was clear.

Insurance does not pay for the treatment, and it could be very expensive. Sultan decided to treat one
eye until he can afford to do the other.

And the results were immediate. Sultan finally did let go of the teddy bear and returned to his hotel to rest.

Dr. Gulani said 1 in 2000 suffer with Keratoconus. He said they no longer have to suffer in the dark and fear of losing their vision.

"The future is not only of helping Keratoconus patients to avoid transplants," he said, "but it is taking them
with Cross Linking to the laser and doing a Lasik-like procedure to help them see without glasses."

He called it the future, a crossroad of hope where technology and medicine intersect.

Sultan on his next-day follow up reported the procedure worked, a tremendous success.

"Congratulations Sultan have a safe trip back home," said Gulani.