JACKSONVILLE, Fla. -- On the night of May 4th, 1986, 18-year-old Janelle Cruz was home alone. There was a serial killer and rapist at large. 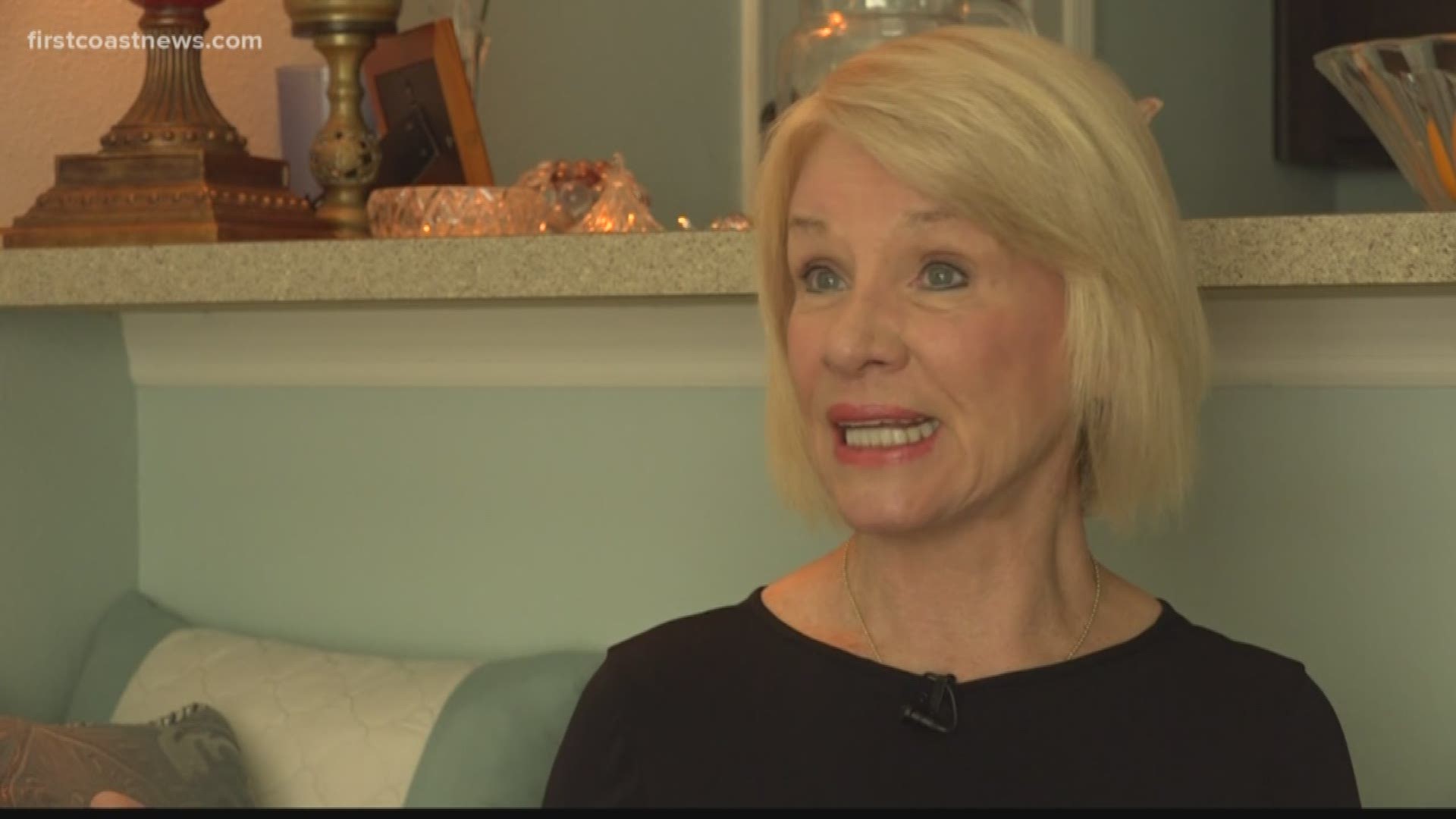 JACKSONVILLE, Fla. -- On the night of May 4th, 1986, 18-year-old Janelle Cruz was home alone. There was a serial killer and rapist at large.

It was that night when the Golden State Killer creeped into her house to attack, rape and murder her.

Now, 32 years later, DNA evidence links 72-year-old Joseph DeAngelo to those crimes. He’s connected to at least 12 murders and more than 50 rapes, including that of Cruz, who was believed to be his last murder victim.

The mother of Janelle Cruz is breaking decades of silence, speaking out to First Coast News. Diane Stein says she and her family left the West Coast for the East Coast after the tragedy. She now lives on the First Coast, with her remaining daughter and son just a couple hours away.

The thought of her daughter's murder being solved is finally bringing her closure, but it won't be complete she says until there is a conviction in the case again the man she now sees on television.

"First of all, my daughter must have been a very brave girl at that moment and she probably fought him off," Stein said. "I left for vacation and gave her a kiss goodbye."

That was the first time Stein left her daughter home alone overnight. It was the last time she ever saw her.

"This is one of the situations when they call you in the middle of the night, midnight, and give you the news that your daughter has just been murdered."

She was in Cancun, Mexico with her husband and son, just a baby at the time, when the call came in, changing their lives forever.

"I cried on the airplane. Everybody on the airplane felt bad for me and my little son was running through the aisles. My husband finally held him, but yea, I cried all the way home."

Janelle was her first-born. She was 18 years old at the time of her brutal death.

"She was happy, finally."

Stein said she wasn't sure what her daughter wanted to do as a career because she was still in school figuring it out. She was working in the Job Corp. in Utah. She was helping out on the slopes. Stein said she loved working there. She would often describe the beautiful nighttime sky filled with stars to her mom. She had just returned home for the summer when the attack happened in their Irvine, California home.

"I’m sure she had some thoughts about what she wanted to do and she didn’t talk to me yet, we got robbed of all those things, because she was just getting out of school and deciding, she was going to go back to the Job Corp., she was just home for the summer."

Stein can remember strange phone calls in the weeks before the murder, seemingly innocent at the time, but bone-chilling now.

"He would say, 'I’m going to kill you,' in a low but almost childish voice on the phone. We thought, he did it in a child’s voice, someone was just fooling around."

Now, decades later, with phone records from other victims, investigators believe it was the Golden State Killer on the other line.

"He looks in through the windows," Stein said. "He usually watches people for a little while before he goes to the house."

Stein has tried to avoid the gruesome details of her daughter’s death. She says she knows enough.

"He had gotten in through the slider. I thought it was [locked], but she had just called and a friend and heard a noise."

Officers say she was raped, then bludgeoned to death.

"Marine knots, that’s what he did, he tied them up with marine knots and raped and did whatever he wanted to do to them."

Cruz was found by their realtor the next evening. Her family was still just trying to make it back home.

"So when he walked in with somebody to show the house he found her on the bed dead."

After 40 years on the run Joseph DeAngelo was arrested thanks to developments in DNA evidence and help from a genealogy website tying the evidence found from murder and rape scene to DeAngelo.

Stein says she can now look at the face of her daughter’s alleged attacker, rapist and killer.

She says she tried to stay positive for her family, so she doesn't dwell on it every day.

When she first saw DeAngelo she said he looked disgusting to her. She calls him a 'liar' for acting weak and senile in the courtroom despite reports that he lives an active lifestyle.

"The one question I’d like to ask him is, why did he pick our house? Why? Go figure."

She says a conviction and some answers will help bring her peace, but most importantly, help piece her family back together.

Her husband has passed, so she hopes to grow closer with her remaining daughter and son, after years of being torn apart and hurt from this tragedy.

"I guess this is every mother’s idea of sadness, just very sad, she was just a beautiful girl, she was robbed of her life and we were robbed of loving her and having her, but she still lives, she lives in the story."

Stein says what helps her through the heartbreak now is knowing that the DNA evidence and advances in forensic technology will help bring closure to so many other families.