A video surfaced showing two nursing assistants pulling the victim's upper body using a T-shirt that was wrapped around her neck, according to police. 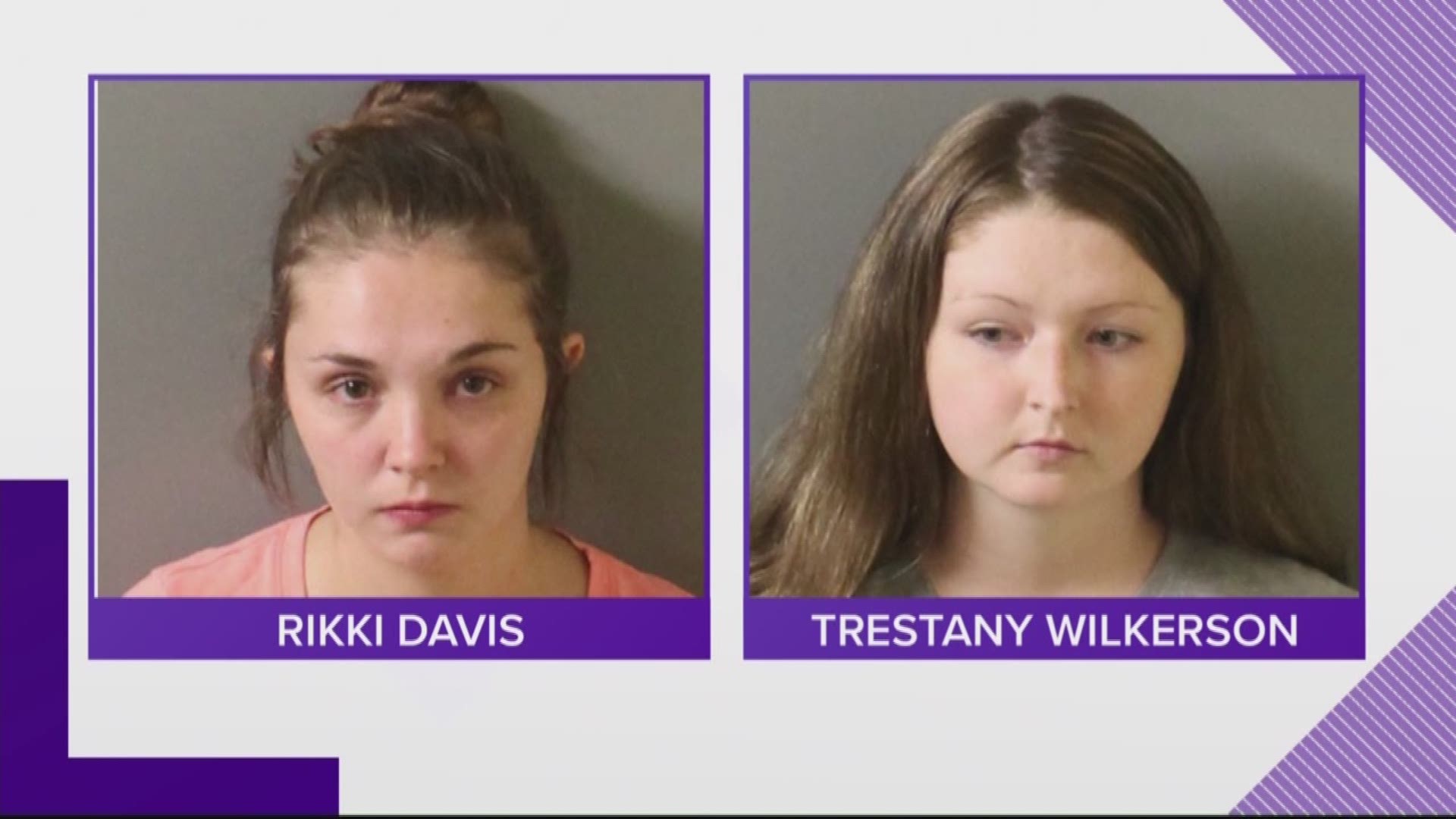 Two women have been charged after allegedly slapping and mishandling a blind patient who was receiving treatment for a spine injury at a Macclenny nursing home.

Trestany Wilkerson, 20, of Macclenny, and Rikki Davis, 21, of Jacksonville were charged with felony elder abuse, according to a Baker County Sheriff's Office incident report. The women are nursing assistants at Macclenny Nursing and Rehab facility located at 755 S 5th St.

Deputies were notified Tuesday about suspicious surveillance footage at the facility, the report states. The victim's grandchild alerted authorities about the video.

The surveillance footage shows two women pushing down the legs of a female resident onto a bed 'forcefully" while trying to pull the resident's upper body up by a T-shirt that was wrapped around her neck, the police report states.

Police say that the two women "threw the resident into her wheelchair" and when the resident started flailing her arms, Davis yelled "QUIT HITTING! S***!" and slapped her, the report states

Wilkerson then placed a cloth over the camera in the room and no more footage was observed, the report states.

When interviewed on the phone, Davis told police that she regularly assisted the resident with getting up and getting dressed. She admitted to police that she did 'pop' the women and said it was because she was being combative.

Wilkerson denied any abuse allegations and also stated that the resident was combative with her.

The report states that both David and Wilkerson should have known that the resident was legally blind, had osteoporosis and was being treated for a recent spinal injury.

They were both arrested and booked into the Baker County Jail.

"We have been made aware of an unfortunate event involving a resident of Macclenny Nursing and Rehab. The care and safety and dignity of all of our residents is the upmost importance to the staff and management of Macclenny.

Once we learned of the event, we immediately contacted the Baker County Sheriff's Department and the Florida Department of Children and Families.

We support and will fully cooperate with the law enforcement agencies and the state as they conduct their investigations. Further, we will report the staff allegedly involved to the proper authorities... we will complete our own internal investigation and have conducted a quality improvement performance initiative to appropriately address the unfortunate situation