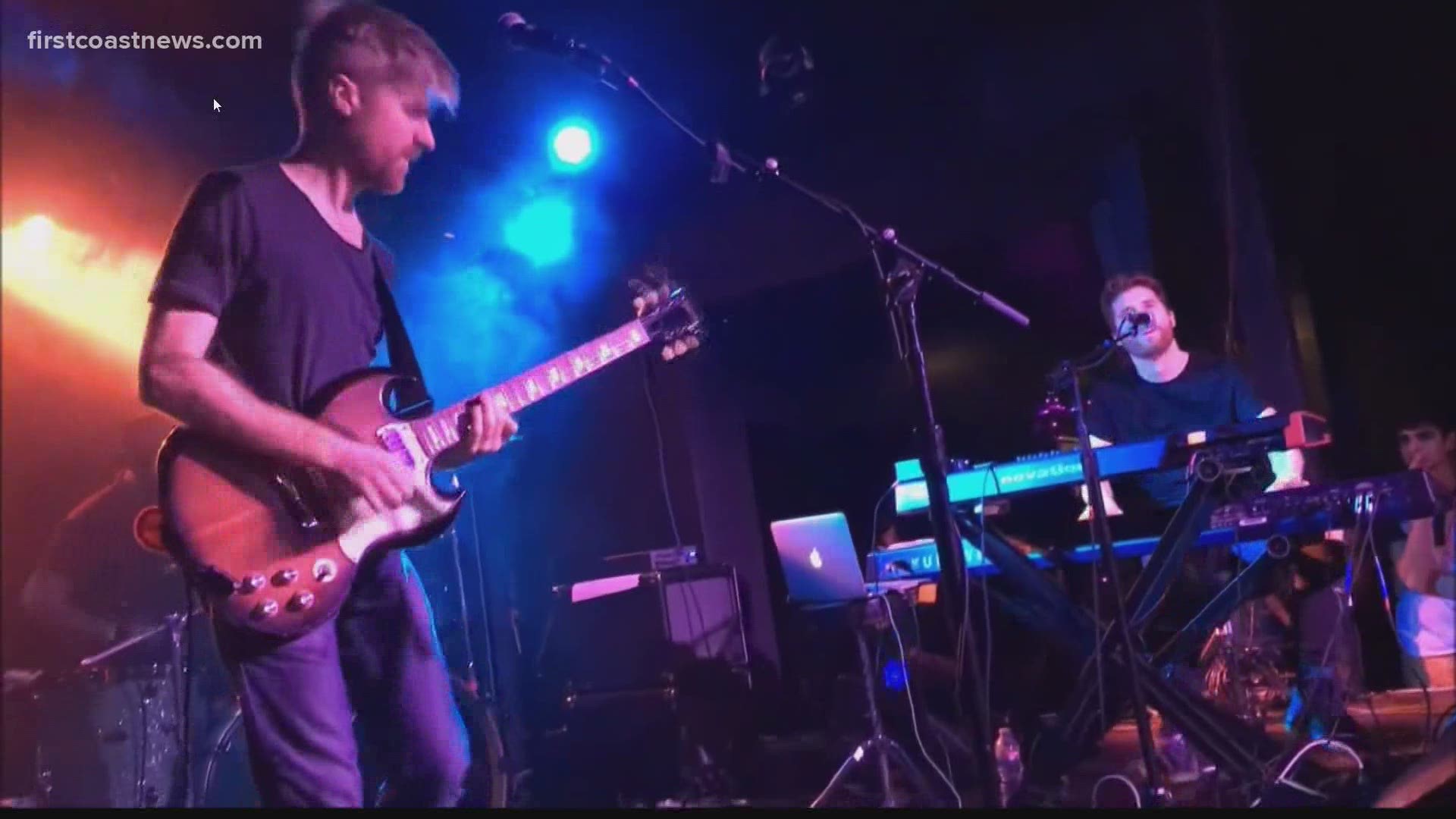 GAINESVILLE, Fla. — Where some see no way forward, others see opportunity.

Danielle Gray is among the latter.

The University of Florida senior and marketing major says she saw doors closing when the coronavirus crisis struck last spring. Gray, who is also studying event management, is pursuing a career in the music industry.

“All of my internship and interview opportunities just came to a complete halt,” she recalled the situation in an interview with First Coast News on Tuesday afternoon.

But an idea broke those doors down, not just for her but for others she hadn’t yet met. In April she began shaping what came to be known as the Quarantine Marketing Battle. Gray assembled 18 teams – a total of about 100 university students from schools including U.F., University of Central Florida, Florida State University, Loyola University New Orleans, New York University, Temple, California State, and Berklee College of Music – challenging each to create a marketing plan for one of three music acts.

The competition was virtual and free of charge to enter, and the artists were also brought on board more by referral than initial familiarity: Florida hip-hop collective SeeYouSoon, Washington, D.C.-based band Jukebox The Ghost, and electronic dance music duo Duke & Jones of Manchester, England.

Each team pitched its concept for its assigned artist to music industry professionals, not only giving them a chance to hone their craft and hear constructive criticism but also giving participants potential connections for after graduation.

“They’re getting real-world feedback from these industry professionals who work at major companies,” Gray said, “and they’re able to see how this marketing plan can actually work in real life.”

But that was just one part of the winning formula. Some of the students, otherwise stymied in their studies by the pandemic, were able to use the project for credit.

“Internship credit for it? I was like, ‘Wow, that’s like, that would be extremely helpful’,” said UCF senior Nicole Masri, who pointed out that because of the project, she can still hope to graduate on time. A student of graphic design, she said the effort also gave her an early shot at applying her visual talents and skills to an industry she finds quite attractive.

“Even making, like, little concept ideas, that really helped and I can include those in my portfolio.”

And of course, the artists benefited from the myriad ideas generated by the contestants.

“It’s just good to get fresh ears on things, so I was excited to see what kind of marketing initiatives they came up with.”

“The ideas that people came up with, some of them definitely will be great for expanding our – especially online presence and things we can do to connect with people while we can’t go out and go to places,” McKelvey said in an interview from the U.K.

The pair, who have been working together professionally at least six years and are lifelong friends, especially fancied a strategy, McKelvey said, “where we both make each other Tinder profiles and basically spam people with our music and try and promote it.”

The electronic music virtuosos said they were intrigued by all they heard in the virtual meetings.

“How it comes across to them, like, what they think of the music, how they think it could be pushed,” McKelvey recalled, “what other people they can think of who might like it.”

He added with a wry smile, “as well as the fact that hopefully some of them like the music and might be fans now as well.”

For her part, Gray was conspicuously matter-of-fact in assessing her motivation.

“Going in to any company, this is going to get me further than sitting home alone,” she said. “Just because [COVID-19] is happening, it doesn’t mean there aren’t opportunities out there.”

And while she said she wasn’t thinking specifically about curriculum credit, she’s received plenty of praise and encouragement from faculty mentors. She’s also getting it from those she hopes will be making hiring decisions about her after she completes her degree.

“It shows character and passion, motivation, and that’s something that the judges have told me.”