Summer camps at Boys and Girls Clubs could be seen as a trial run for what we may expect in schools. 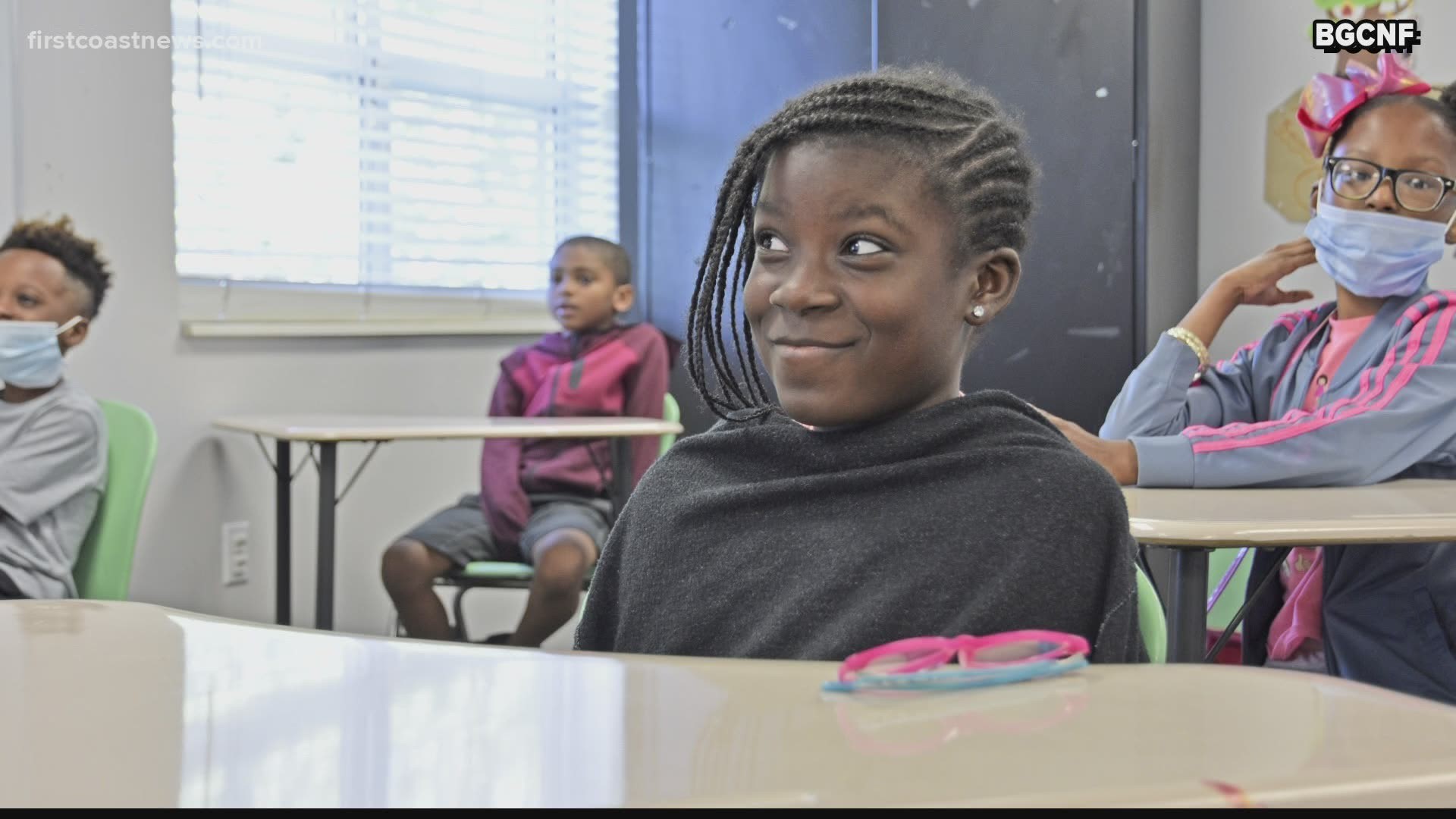 However you might be feeling about the upcoming school year, one thing is for certain, it will be different.

We’ve heard the word “unprecedented” dozens of times this year, but when it comes to this school year, there are some places we can look to prepare.

Summer camps at Boys and Girls Clubs could be seen as a trial run for what we may expect in schools.

The camps are in the same boat as schools because they have children who must social distance in classrooms. First Coast News found out what schools can learn from them.

A tip to start with from BGCNF teachers to Duval County Public School teachers is to be consistent. There is going to be a learning curve with getting used to social distancing.

Incentives are working for them at the clubs. The unit director says a pizza party never hurt anybody.

There you have it, the power of the pizza. Huggins's club uses this incentive each week for the grade level that socially distanced the best.

But besides the pepperoni, she ran a survey asking the kids if they understood why there are so many changes. The answer was yes, but does that mean they're doing it?

"Yes!" Huggins said. "That first week we had to keep reminding them 'stand on the blue tape.' Everyone understood that they don't want to get sick and they don't want the camp to close down."

As for masks, staff at the club must wear them but for kids it's optional. That's the plan for now for DCPS students, though they'd be asked to wear masks in common areas. DCPS's Sonya Duke-Bolden with public relations says they're asking everyone to wear a mask when they can't social distance.

"We have to help one another," Huggins said. "I say, 'you all have to help Miss Huggins. Remind me, 'hey pull my mask up.'"

Teachers have a lot to get used to as well. At the clubs, they went through training.

"We practice on each other so we set the training up like it was the first day of the kids coming back so we took everyone's temperature," said Kevin Carrico, vice president of operations.

The clubs trained 250 workers. There are a lot more Duval County teachers.

Carrico says the academic part of clubs over the summer is especially vital.

"It's even more crucial now," he said. "Some of the kids that were being served virtually didn't have an opportunity to sign on as much as other kids and they fell even further behind. We're there to pick that up."

But the most challenging part for them so far is getting kids used to changing their behaviors. Here's what one child said about it:

"That it's kinda hard social distancing because I like to tell my best friend secrets," Huggins said. "So if you tell a person a secret you're right up on them. So it's just hard for them to not be around, up on their friends."

DCPS just approved putting barriers around desks where they can't distance them. They don't have those at Boys and Girls Clubs. They have adjusted sports at the clubs. Now basketball for them is mostly all three-pointers.

RELATED STORIES: Barriers to be installed in all Duval County schools to protect students

Does your COVID-19 mask really protect you? Experts explain what passes the test