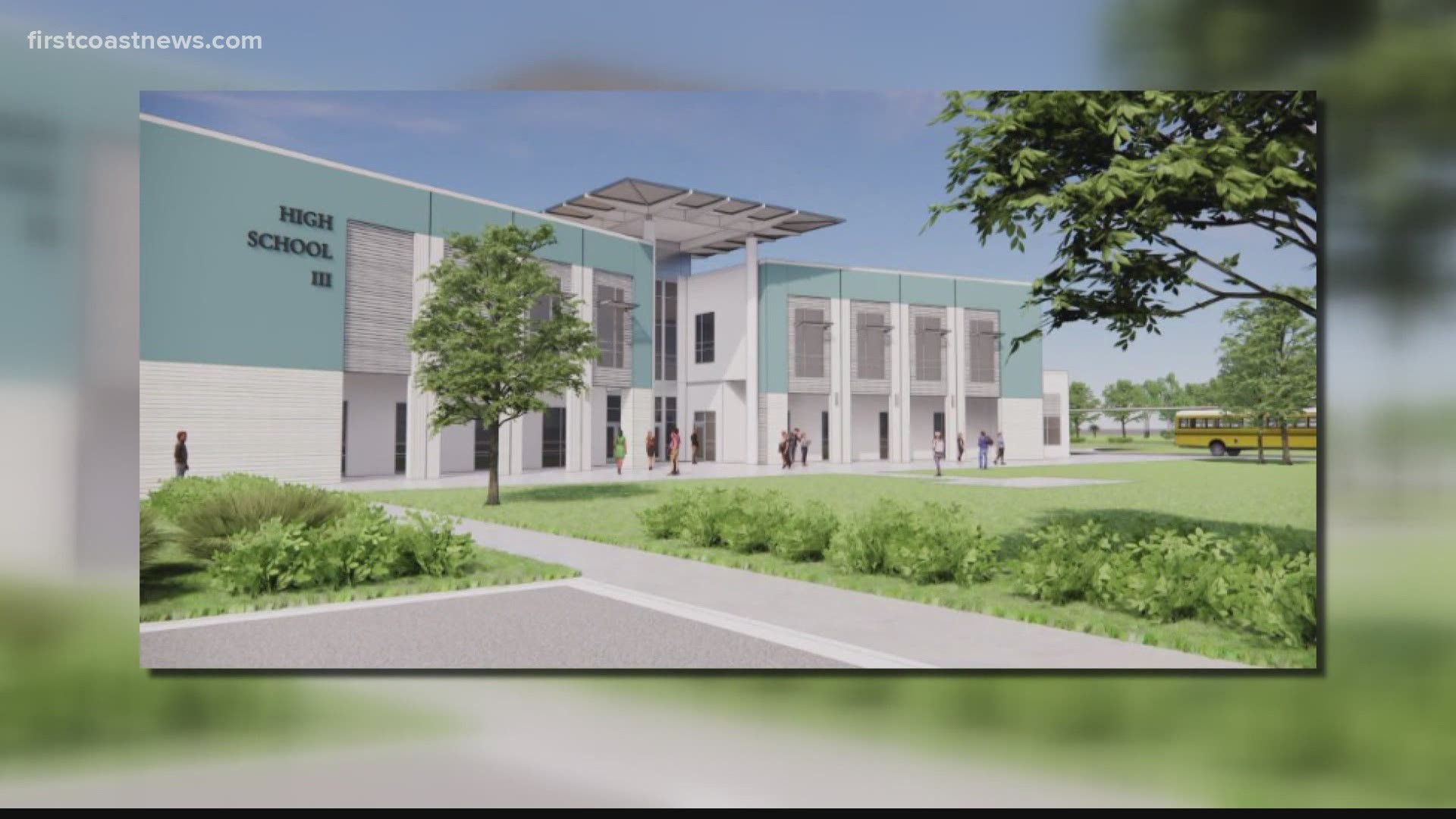 ST. JOHNS COUNTY, Fla. — St. Johns County is bursting at the seams with growth, and it’s no different for the school district’s enrollment numbers.

“We appreciate the idea of growth, the idea of getting better, the idea of bringing new people in that can help contribute to that,” said St. Johns County Schools Superintendent Tim Forson.

Forson said it is much better to be in a district with expansion plans than a county that’s having to make cutbacks. Recently, the school board approved the opening of two new high schools over the next two years.

“We will go through years which our deficit might be an elementary or middle school," Forson recalled. "But, certainly, for us in this point and time it’s high school."

Tocoi Creek High School will open for the 2021-2022 school year with ‘High School III’ opening a year later. The state gave it that designation because the school does not have a name yet.

Forson said ‘High School III’ will primarily pull from Bartram Trail and some of Nease High School.  Both are currently well above the district’s desired capacity.

“It helps to keep our schools closer to the desired number which is no more than 2,100 to 2,200 students,” Forson explained.

Credit: Courtesy: St. Johns County Public Schools
Artist rendering of High School III, which is scheduled to open at the start of the 2022-2023 school year in northeast St. Johns County.

The district unveiled three zoning plans at the end of March and wants input from parents before a final vote by the end of the current school year. Forson urges parents not to worry about their child transferring high schools in their final year – consideration has been made.

“We will open up the school as 9, 10, 11 grades," Forson said. "It won’t have a senior class so that those kids who are at Bartram or at Nease get to finish where they started. We try not to move them if they are going into the senior year."

A school board workshop on zoning is scheduled at 9 a.m. Tuesday.  For more information on the zoning plans and details of ‘High School III,’ tap here.