Both negotiating teams are working together to prepare for a new ratification vote that is expected to take place next week. 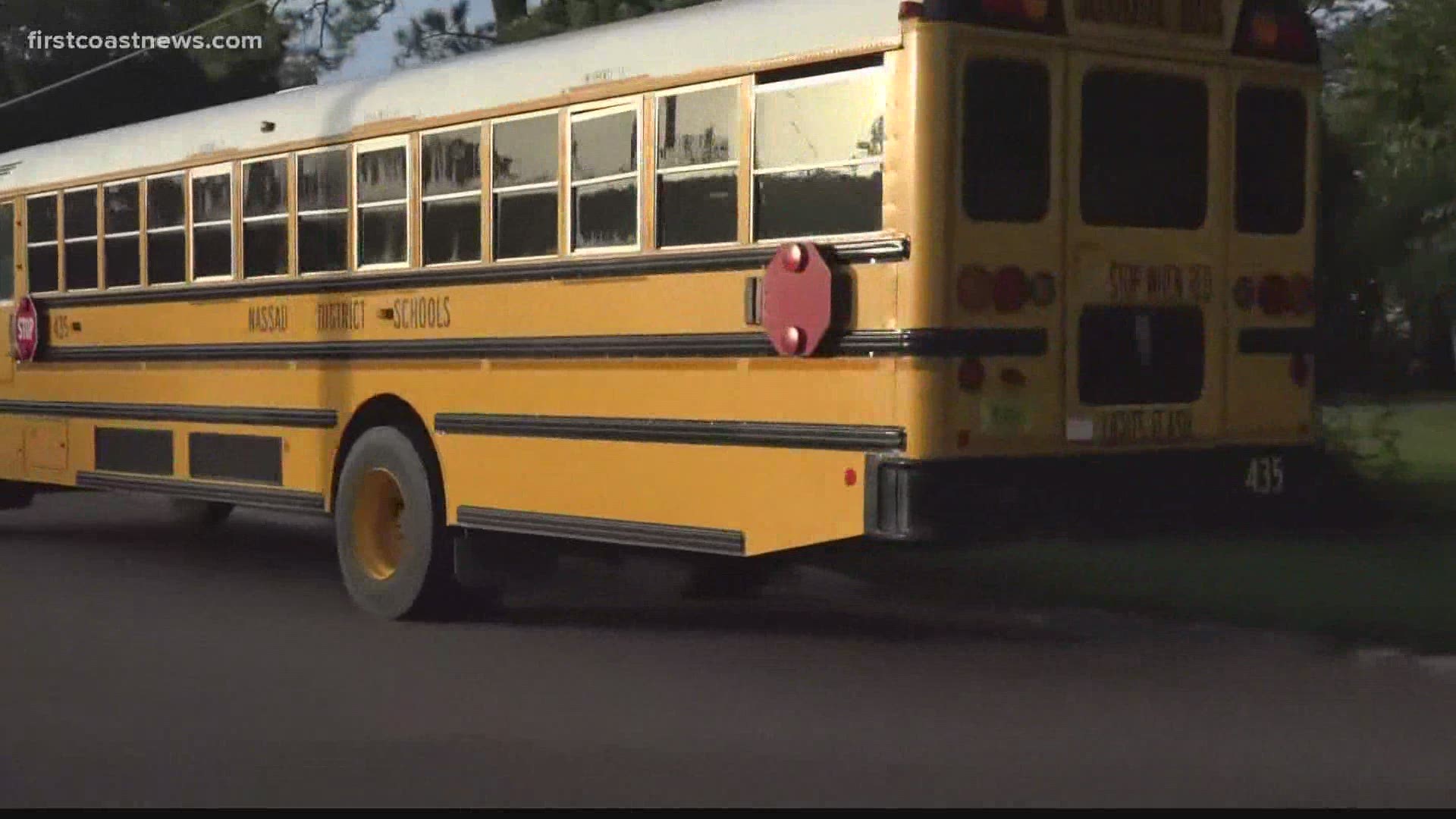 NASSAU COUNTY, Fla. — It’s been a long year for our educators amid the COVID-19 pandemic, but it’s also been long fight for equitable salaries in one local district.

After nine months of negotiating, the Nassau Teachers’ Association and the Nassau County School Board have reached a tentative agreement for teacher salary increases.

The agreement was reached during a meeting Monday night.

The agreement includes funding from the controversial Teacher Salary Increase Allocation (TSIA) Law and additional money the School Board will contribute to salary increases for the 2020-2021 school year.

According to the Florida Education Association, the negotiations team repeatedly raised concerns over the disparate compensation and treatment of veteran teachers.

To reach the new tentative agreement the School Board agreed to the NTA salary proposal that would meet the requirements of the law and give equitable raises to veterans, which will cost about $650,000.

Minimum salary increases for veteran teachers will now be $1,522, which is more than twice the amount the school board offered in the previously failed proposal.

The new agreement also ensures that educators with 1-18 years of experience will not be compressed onto the same salary, FEA said.

Both negotiating teams are working together to prepare for a new ratification vote that is expected to take place next week.

“This is truly a win for these teachers," Brittni Wegmann, Nassau Teachers' Association Director said. "Not only these beginning teachers, who still get those hefty raises, but the veterans who are being acknowledged by the school board.“

Wegmann said the school board told her team the funding came from budget cuts and collapsing positions.

However, the Nassau Educational Support Personnel Association (NESPA) is still negotiating raises for other district employees, such as custodians, cafeteria workers and bus drivers.

“We're trying to do the best we can with what we have," Leonard Dietzen, Nassau County Chief Negotiator said to the NESPA bargaining unit Wednesday afternoon.

Patsy Webb, who has worked as a driver for the district for more than 30 years, said she's disappointed after the teachers were able to get their proposal accepted.

“It's really hard because we're short staffed, we don't have enough drivers,"
Webb explained. “We're doing everything we can to keep the district running, and we're not getting anything extra."

Webb said she would make less than a dollar a day more with the one step raise the school board offered support staff.

"We are the worker bees," NESPA president Marian Phillips explained. "The state, the legislature, the governor – they don't even know anything about us. If they did, they would start giving us money instead of saying it's all about the teachers, because without us the schools can't function. I'm very disheartened tonight."

NESPA settled for an agreement of one step increase with a $300 bonus for employees at the top of the salary scale. They also agreed to a recruiting bonus for bus drivers. This will be official upon ratification vote.

First Coast News reached out to Nassau County School Board President Donna Martin, but did not hear back.

FL’s most experienced teachers say they’ve been hurt by the pandemic and an order by Gov. DeSantis to hike first-year teacher salaries.

In fact, contract negotiations in Nassau Co. are still up in the air for this year, as the teachers union fights for raises for its veterans. pic.twitter.com/2P8IqaI6tW