The University of North Florida has offered eight young men of color a scholarship to pursue careers in education. Monday, they got something else to help them reach 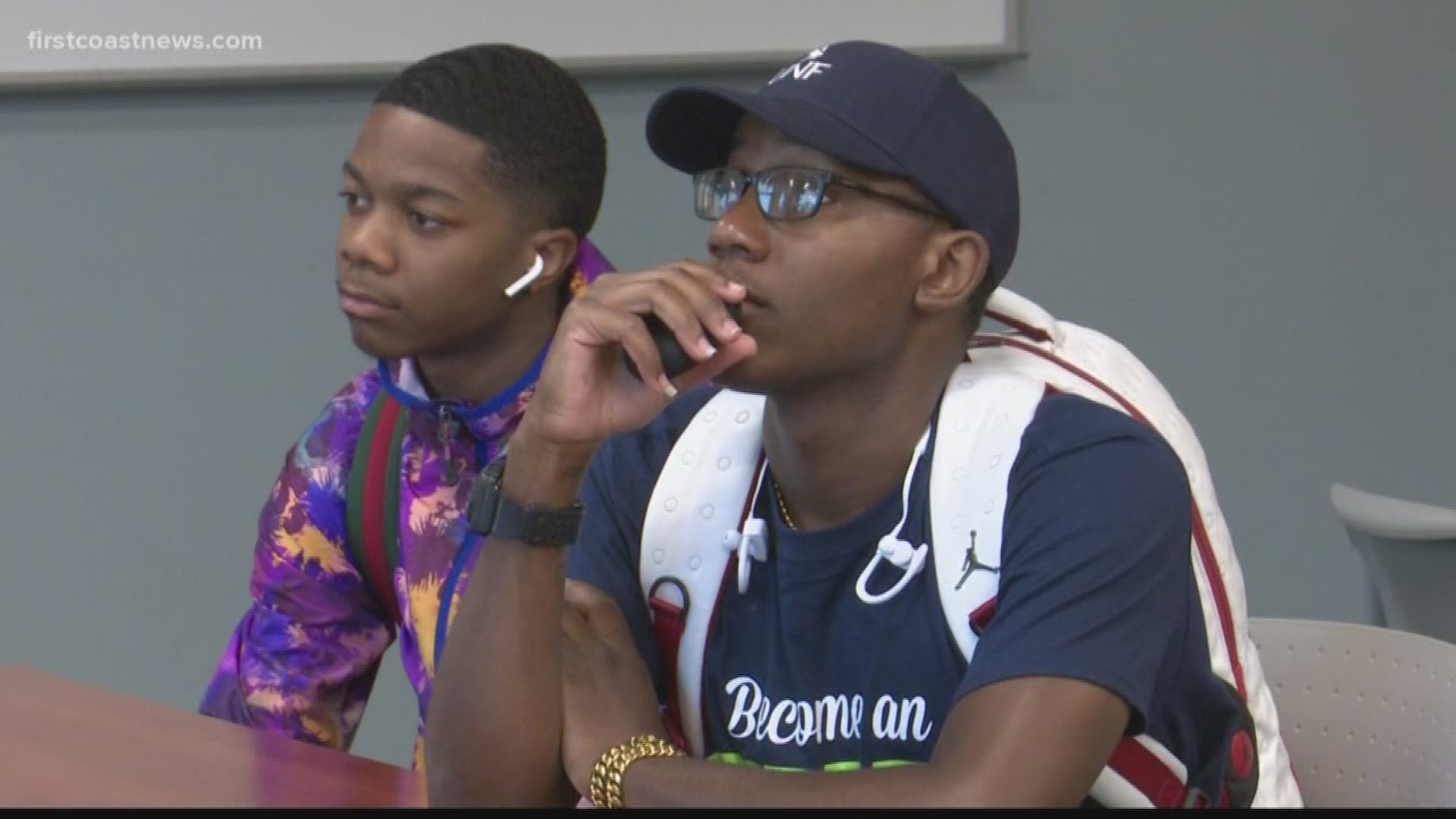 JACKSONVILLE, Fla — The University of North Florida has offered eight young men of color a scholarship to pursue careers in education. Monday, they got something else to help them reach their goals.

Only 2% of teachers in public schools are black men, but research shows they are important to have in the classroom.

"One of the things I want to say to you is that I'm extremely proud of you," Larry Roziers told a classroom of students.

Roziers definitely has a reason to be proud of the young men in this room. Each of these eight UNF students have made the decision to become teachers after they graduate from college.

Roziers is a former assistant superintendent for Duval County Public Schools. Now retired, he runs the "Mitch 22 Foundation," a foundation named after his late son.

"His goals were to play college basketball and his sophomore year he came down with an illness," Roziers said of his son.

An illness that kept him in the hospital for almost a year paralyzed from the neck down.

"It took him eight years to get his degree. But, he finally got his degree and we were so happy... and then two years later he passed away."

The Mitch 22 Foundation's goal is to help young people overcome obstacles in their lives. Some of these students experienced hardships in their past.

"I didn't have any black male teachers in my past," Ian Thomas said.

That's why these young men, many graduates of Andrew Jackson High School, have decided to become educators.

"You have an influence on the next generation and I believe that's powerful."

Roziers wanted to help them reach their goals.

"Something hit me and said we need to provide those guys with some laptops."

The Mitch 22 Foundation gave each student a brand new laptop to help with their school work.

"I really appreciate it because I have a paper due in two days," Thomas said. "So, either I was going to write on the phone, but now I can write it on the laptop he just gave us."