Florida votes to keep 'Critical Race Theory' out of the classroom

Some activists, parents, and teachers, say teaching about institutionalized racism is necessary to combat racism. 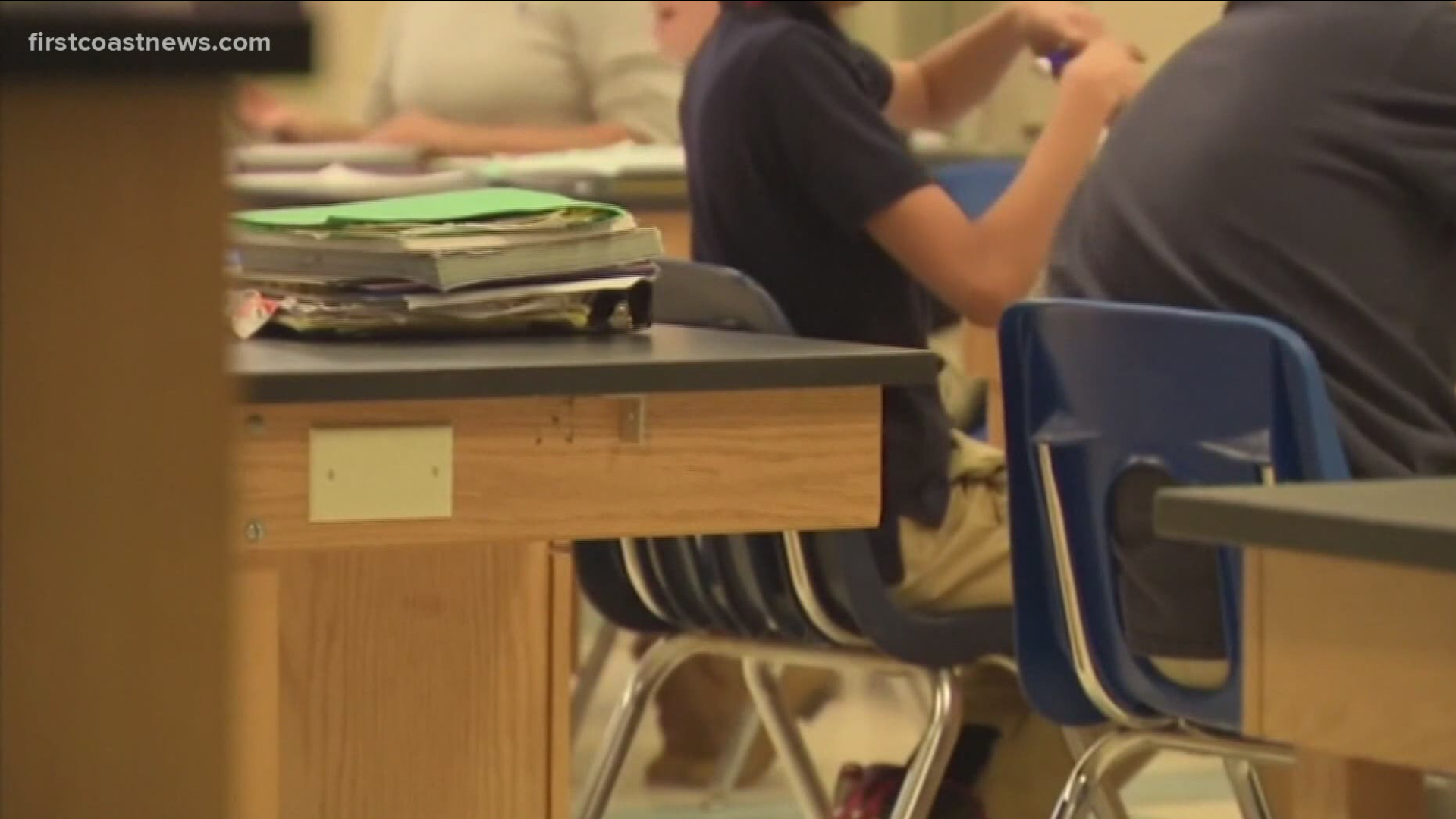 JACKSONVILLE, Fla — On Thursday morning, the Florida State Board of Education made a decision regarding what educators can teach about institutionalized racism.

After nearly 30 public speakers, Board members voted unanimously to approve an amendment that bans Critical Race Theory in the classroom.

The state board of education kicked off with a video call from Gov. Ron DeSantis who voiced the importance of keeping CRT out of the classroom.

“The woke class wants to teach kids to hate each other, rather than teaching them how to read, but we will not let them bring nonsense ideology into Florida’s schools,” said DeSantis.

Andrew Spar, the president of the Florida Education Association, appeared on the Florida Politics SUNRISE podcast pushing back on DeSantis' previous comments. "The fact does remain that we have to discuss race in America and we should do it in a way which allows for that factually based critical thinking that we encourage our students to do."

Meanwhile, members of the opposition gathered outside the doors ahead of the meeting voicing concerns that the elimination of CRT would erase history and fail to educate students about some of our nation's painful but important history.

At one point during the meeting, a chant broke out from people in favor of teaching students CRT.

The outburst forced the board to take an impromptu recess in between public speakers.

Though not specifically mentioned in the agenda item, CRT was discussed under the agenda item titled 'Approval of Amendment to Rule 6A-1.094124, Required Instruction Planning and Reporting' which states:

"Instruction on the required topics must be factual and objective, and may not suppress or distort significant historical events, such as the Holocaust, and may not define American history as something other than the creation of a new nation based largely on universal principles stated in the Declaration of Independence."

Many people have vastly different viewpoints about the theory, with some claiming that it perpetuates the idea of modern slavery and others arguing that it helps us better understand how racism has shaped society.

"I also hear that talking about race, and CRT in particular, will cause discrimination and racism," said a member of the Northside Coalition of Jacksonville at a meeting in Baker County. "But we already have racism  and discrimination in the United States and I believe that's because we don't have critical race theory in our classroom."

Others side with DeSantis.

"Our children need to grow up knowing that they can achieve anything they want to, not that they are oppressed by their background," said one parent at a St. Johns County School District meeting.

Activist Ben Frazier with the Northside Coalition of Jacksonville calls DeSantis' proposal political propaganda and "an effort to whitewash history by preventing teachers from teaching the truth about slavery, racism and other racial matters."

DeSantis said when he first announced his plans that he believes critical race theory teaches kids to hate each other.

"Teaching kids to hate their country and to hate each other is not worth one red cent of taxpayer money," said DeSantis.

The Georgia Board of Education passed a resolution last Thursday on teaching race amid the nationwide conversation around critical race theory.

CRT was also the target of a crackdown by the Trump administration in September 2020, when an official sent a letter to executive branch agencies, directed them to identify spending related to any training on “critical race theory," “white privilege” or any other material that teaches or suggests that the United States or any race or ethnicity is “inherently racist or evil.”

9AM: @EducationFL meets at @FSCJ_Official to vote on what teachers can teach about institutionalized racism.@GovRonDeSantis wants to get rid of #CriticalRaceTheory; others say teaching it is necessary to combat racism.