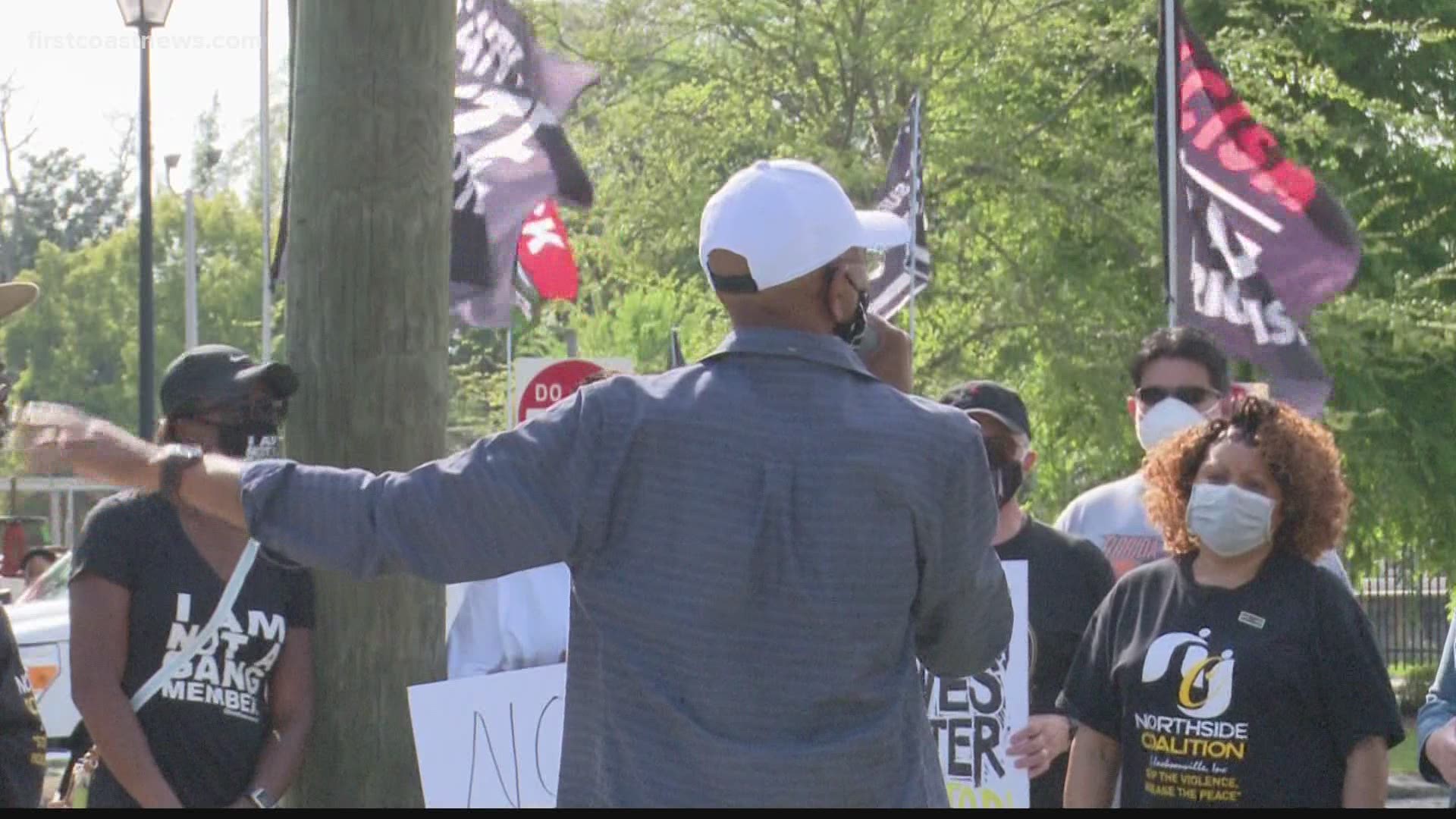 DCPS did not say what type of misconduct is alleged, but some students had planned a walkout Wednesday to protest the fact that a BLM sign that hung outside her classroom was removed by the administration. The walkout also centered around support for the ongoing racially charged name-change process for Lee High and other DCPS schools named for Confederate leaders.

But, the school's administration prevented the walkout from happened, a Lee High School senior and Lee High teacher confirmed with First Coast News.

"Security stood outside every block during the time we were supposed to walk out," Lee High Senior Kennasiah Roberts Johnson said. "They stood and blocked everything."

The administration also went over the intercom to tell students that no off-campus passes were allowed. That means students could have lost prom or graduation privileges if they violated that by doing a walkout, the teacher said.

The EVAC Movement has received national recognition for its work in helping transform the perception of youth from "at-risk" to "at-hope," including testifying on Capitol Hill and the White House and winning the national Harvard KIND Schools Challenge.

The DCPS employee policy on expressions of social movements states that "employees are not prohibited from engaging in issue-based advocacy, such as activity in relation to an issue not specifically identified with a political party or partisan political group. For example, using 'Black Lives Matter' or 'Blue Lives Matter' terminology is not inherently a political activity."

"Duval County Public Schools can confirm that Amy Donofrio has been administratively reassigned to paid, non-teaching duties effective today, March 25, 2021. The district has opened a human resources matter to review allegations of potential misconduct under school board policy and the Principles of Professional Conduct for the Education Profession in Florida. The presumption of innocence applies; however, Ms. Donofrio has been removed from school and classroom duties while the matter is reviewed."