'I don't think I've ever been more devastated in my life:' St. Johns Co HS seniors disappointed over virtual graduation

Superintendent Tim Forson announced Thursday in an email to parents the county would cancel traditional graduation ceremonies for virtual ones. 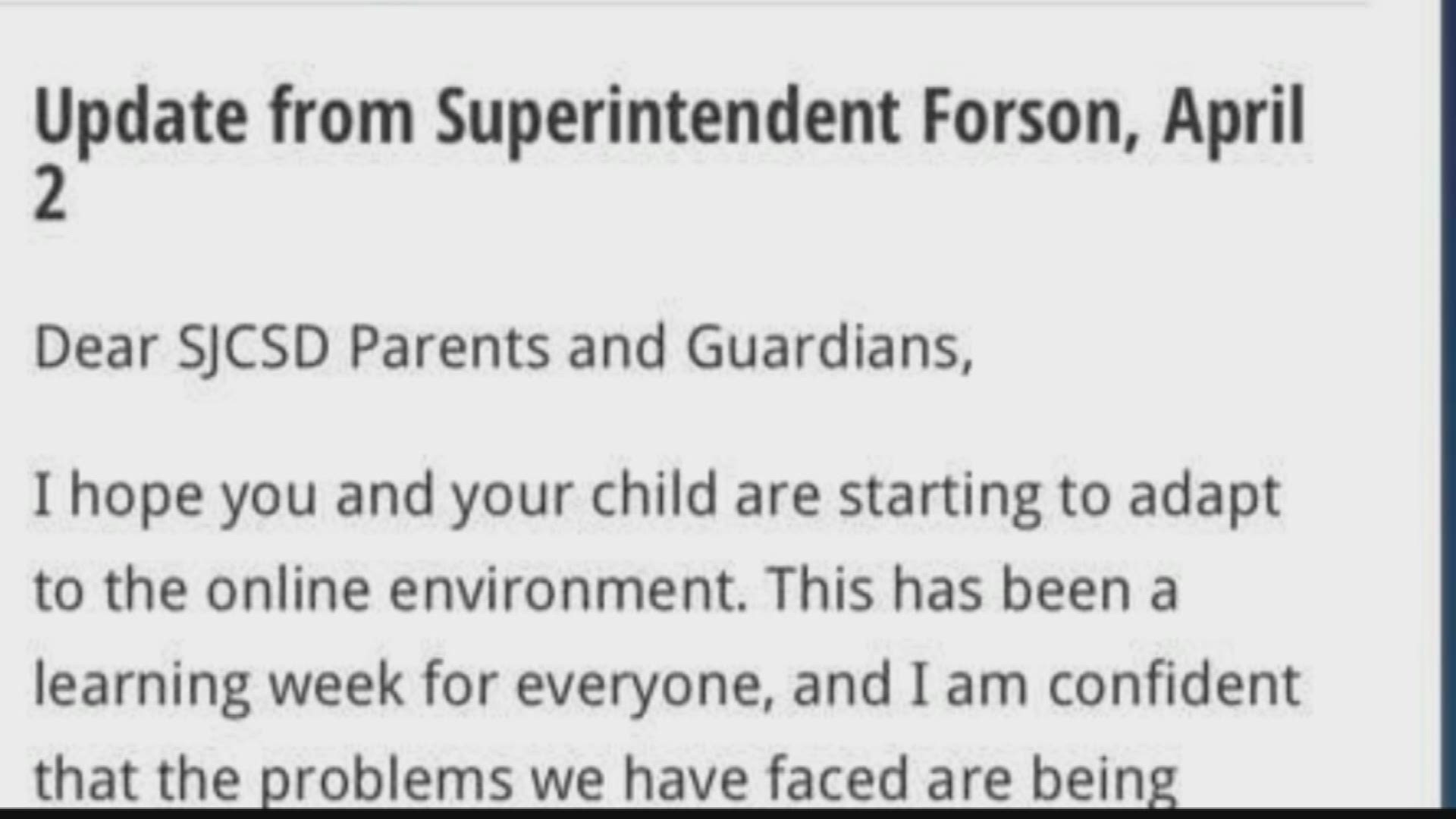 Many parents and their children attending school in St. Johns County are voicing their disappointment over the superintendent’s decision to cancel high school graduations. Some students aren't taking the news well.

Kameron Guest is a senior at Creekside High School. When she read the email from Superintendent Tim Forson last night she says, "I don’t think I’ve ever been more devastated in my life.”

Guest isn't the only St. Johns County senior feeling this way now that traditional graduation ceremonies are canceled. Instead, Forson said in the email schools will hold virtual graduations.

Her classmate Allison Sharp thinks a virtual graduation wouldn't substitute for the traditional ceremony, pointing to the zoom screen, "I know none of us want to do it on a screen like this right now.”

Though they’re upset they won’t get the chance to walk across the stage and be handed their diploma, these girls from Creekside High School do realize it’s a health and safety concern.

“I understand that it had to happen,” said Jamie Bielski, another classmate. She says she and her classmates wish graduation wasn’t canceled and could at least be postponed.

One idea floating around by parents and students in the school district's Facebook group is having the graduation next year, when the students return from college for winter break.

“I don’t think we really care when it is,” says Guest. They just want the opportunity to celebrate their hard work together with friends and family, even if it's a year from now, she says.

“Right when I read the email, I walked out and my mom was sobbing," says Guest.

Classmate Carley Stubbs added, “honestly [my mom] might be more upset than I am.”

Some parents are going as far as to write letters to Forson saying a virtual graduation, “will not do justice to the accomplishment that comes with completing so many years of education,” and to “please consider the possibilities before writing them off.”

But not all parents see things this way. One mother was shocked by the responses by parents saying her daughters are willing to prioritize safety over ceremony.

For now, there’s still no date for when the virtual graduations will take place. Forson released a video message to parents and students Friday afternoon. Many hoped he would share a change of heart and reverse his decision, if not a creative alternative to virtual graduations.

In his message, he acknowledged the disappointment from parents and students, but did not change his decision.