UNF students claim the school shouldn't be charging a distance learning fee and that they're being charged for campus services they can't access during pandemic. 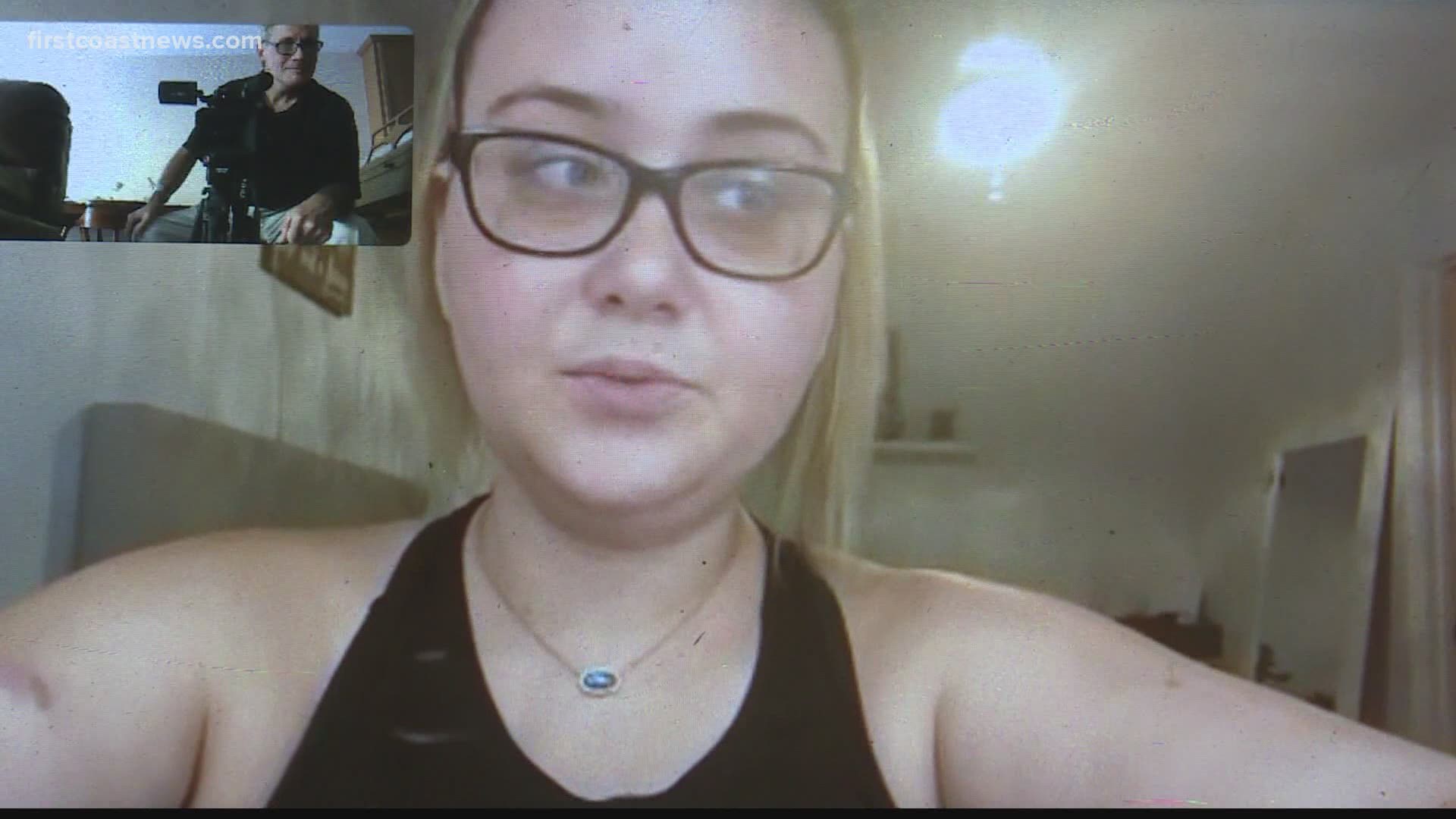 JACKSONVILLE, Fla — Students at the University of North Florida are voicing displeasure about fees they’re being assessed amid the coronavirus crisis.

“Ninety dollars, and we don’t have the option to go to class,” Gaynor said in an interview with First Coast News Tuesday, adding that she learns more effectively in a classroom setting than online.

“I can’t do math online by myself. I don’t think a lot of people can.”

An online petition started by another student had collected more than 1,200 signatures as of Wednesday afternoon, airing a similar complaint about the distance learning fee. The petition also claimed:

“We are not physically on campus but yet we are still being charged athletic fees, transportation fees, activity fee, student union fee, counseling fee, student life and services fee, technology fee, wellness center fee and a health fee.”

According to Gaynor’s summer session bill, those fees added to nearly $350.

Regarding the distance learning fee, the university said in a statement Wednesday:

“The distance-learning fee is only assessed for courses that were planned to be delivered in this modality prior to COVID-19. Courses that were switched to remote instruction due to COVID-19 are not assessed the fee. The distance-learning fee is used to support the additional costs of tools and services which are attributable to the development and delivery of distance learning.”

But Gaynor took exception to that, saying she didn’t receive any benefit in return for the cost.

“When I first got charged that $90 fee [per class], all I got were PowerPoints presented by my professors, which I would get anyway.”

Another student, who asked not to be identified, told First Coast News, “There’s no reason as to why distance and taking classes from home should constitute a fee. It has no correlation to having to give the university any more money.”

Although there have been reports of similar situations at various universities around the country, both Jacksonville University and Florida State College Jacksonville told First Coast News they hadn’t implemented any such fees.

“There are no new distance learning fees,” FSCJ spokeswoman Jill Johnson said in an interview.

Jacksonville University spokeswoman Laura Phelps told First Coast News that the university had upgraded its technology but wasn’t passing the cost along to students.

“I’ve emailed them and they explained that it is because it’s online classes and stuff like that, but not into depth.”

At least not a depth satisfactory to Gaynor and apparently many others.

“The dollars are adding up but the explanations aren’t?” First Coast News asked.

First Coast News was unsuccessful on Wednesday reaching the student who posted the online petition.

UNF is refunding over $4.5 million in housing and dining fees. Other schools across Florida are also following suit. 💸🎓 https://t.co/trLpBOKNj7

RELATED: UNF sends summer bills for campus activities, even though campus is closed