DCPS determined that pepper spray was mistakenly released by a student who thought it was body spray on Feb. 28. This caused 41 students to be taken to the hospital. 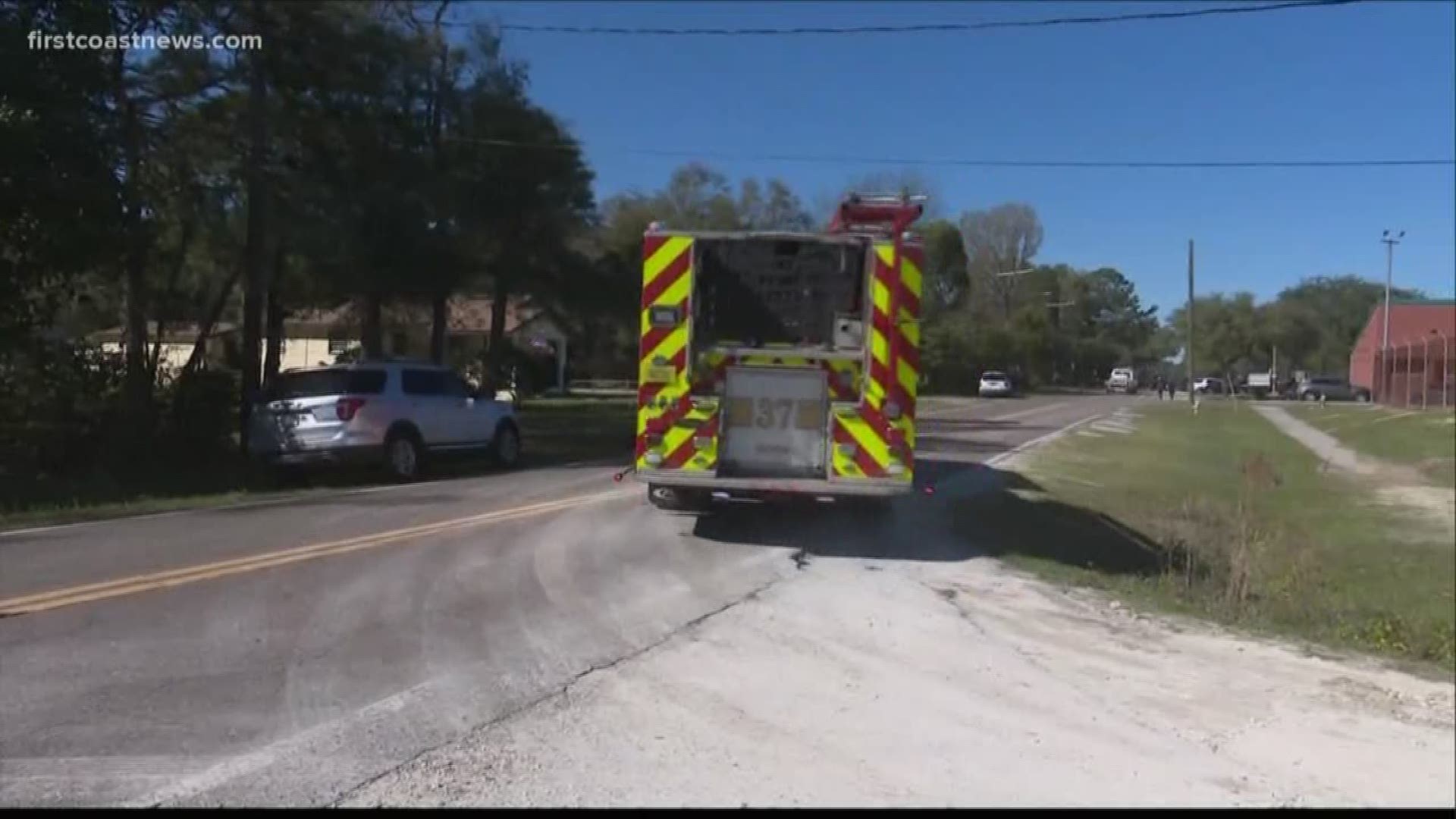 Duval County Public Schools has determined that pepper spray was mistakenly released by a student who thought it was body spray at a northside middle school which resulting in 41 students being taken to a local hospital.

The incident happened Feb. 28 at Highlands Middle School during fifth-period PE class for seventh-graders. A spokesperson for DCPS said a student had a small canister of pepper spray for personal use. Another student took that pepper spray from the student's belongings and "thinking that it was body spray, he sprayed himself with the pepper spray as if he were applying a body fragrance product," DCPS said. 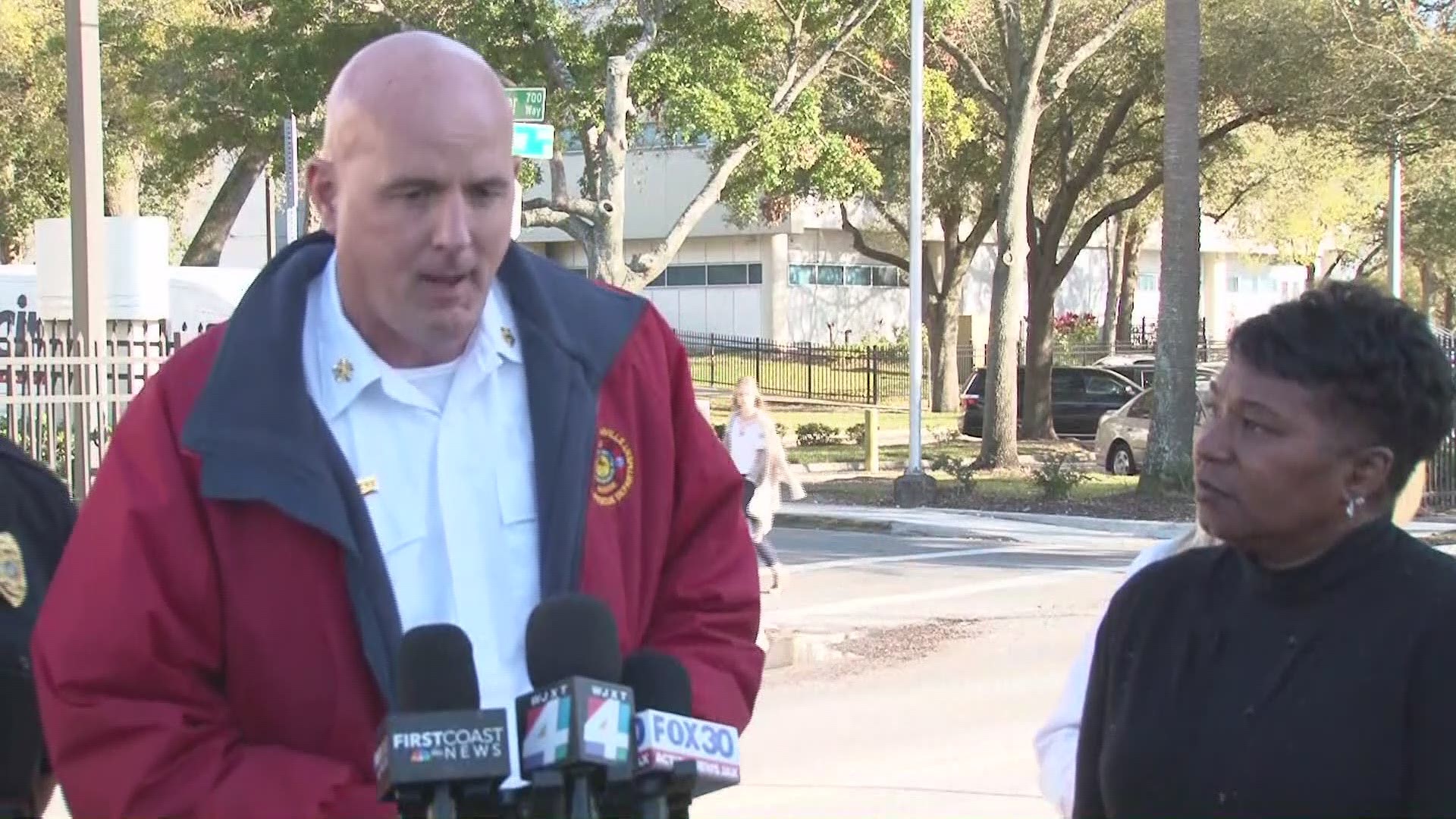 DCPS said while the incident caused a major disruption, "the investigation revealed that there was no intention to disrupt school, and therefore, there is no basis for more serious charges."

The student who was in possession of the small canister will face appropriate disciplinary consequences for bringing a prohibited item on campus and the student who took the pepper spray was issued a juvenile civil citation, DCPS said.

The Student Code of Conduct prohibits pepper spray of any quantity from being on campus.

3.08 (ZZZ) Possession of Prohibited Substance or Objects – Possession of any blade not considered to be a weapon (includes common pocketknife, plastic knife, or blunt-bladed table knife), martial arts weapons, taser, bullets, syringes, BB guns, paint guns, air strike guns, over-the-counter drugs, or devices including, but not limited to, mace or pepper spray (2 oz. or less), firearm 26 facsimile or any other object that may puncture, wound, or otherwise injure another person. NOTE: Weapons/Knifes (4 or more inches) with the intent to cause harm at Principal discretion refer to the Hearing Office (Investigation must be completed CCR # Required and BTA Team) Police Notification/Consultation Required

The following message was sent to parents and guardians of students at Highlands Middle School regarding the incident:

This is Principal Daniels calling from Highlands Middle School.  Given the magnitude of the disruption on our campus last Friday and the number of students and families impacted by the dispersion of pepper spray, I want to bring the situation to a close by sharing with you the conclusion of the investigation.

It turns out that one of our students was in possession of a small canister of pepper spray for personal use. While this is not a criminal offense, pepper spray of any quantity on campus is a prohibited item under the code of student conduct. This student will face appropriate disciplinary consequences for bringing a prohibited item on campus.

The pepper spray was dispersed when another student took the pepper spray from the first student’s belongings. Thinking it was body spray, the student who took the canister actually sprayed himself as if he were applying a body fragrance product. Following the dispersion, the gymnasium was evacuated and ultimately 41 students were transported to area hospitals for care.  While this was obviously a major disruption, the investigation revealed that there was no intention to disrupt school, and therefore, there is no basis for more serious charges. The student who took the pepper spray was issued a juvenile civil citation.

In our handling of the communication around this situation, we learned that many of you may not have received our telephone calls with updates following the event. If you did not receive our telephone call, please take a moment this week to stop by our office, update your information in focus and make sure we have permission to reach you via telephone.

I hope this helps bring closure to the incident. If you have further questions or feedback, please don’t hesitate to contact me at the school.  As usual thanks for your continued support of the work being done at Highlands Middle School.

RELATED: 41 students taken to hospital with minor injuries after being pepper-sprayed at Highlands Middle School