The governor described what that curriculum would -- and would not -- include. It would "exclude unsanctioned narratives like critical race theory," DeSantis said. 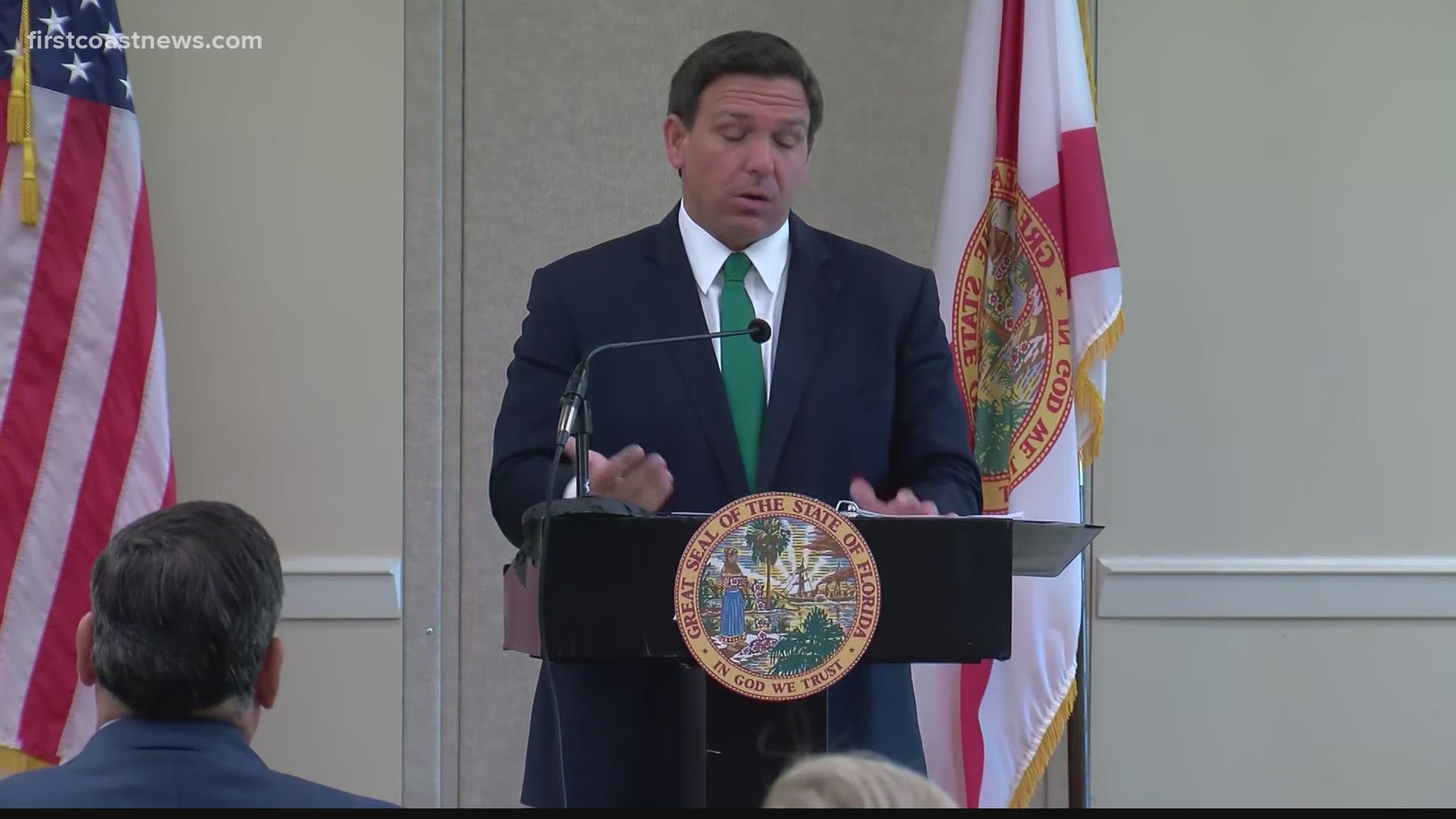 The funding for the program would come from the Elementary and Secondary School Emergency Relief Fund, which was provided to the state last year through the CARES Act, along with additional federal funding.

"The money's there," DeSantis said. "We need to figure out the best way to use it."

Jacksonville NAACP President Isaiah Rumlin told First Coast News he was not surprised by the governor's comments.  He believes students would be cheated out of learning important, including about African Americans.

"“It doesn’t make any sense. I mean we need civics. We need African American history," he said.

'Critical race theory' refers to an intellectual movement started by legal scholars as a way to examine how laws and systems uphold and perpetuate inequality for traditionally marginalized groups, according to Time.

It was also the target of a crackdown by the Trump administration in September 2020, when an official sent a letter to executive branch agencies, directing them to identify spending related to any training on “critical race theory," “white privilege” or any other material that teaches or suggests that the United States or any race or ethnicity is “inherently racist or evil.”

The governor said the state will invest in "actual, solid, true curriculum" and will be a leader in the development and implementation of a world-class civics legislation.

The initiative would develop high-quality civics education and reward classroom teachers who take part in it, DeSantis said. It would also direct the Department of Education to create the Florida Civics Seal of Excellence, a new professional endorsement for civics education.

The seal would develop a series of modules and credentials that any Florida teacher would be able to obtain. Any teacher completing the program would receive a $3,000 bonus, along with the opportunity to take civics best practices and strategies back to their schools and communities, DeSantis said.

"Now more than ever, it's essential that we place an emphasis on civics education in our schools," DeSantis said. "And we want to obviously have good teachers teaching really good curriculum to fulfill that mission."

The initiative would also dedicate $16.5 million for additional trainings, professional development and classroom support for principals and teachers seeking to elevate civics education in their schools, DeSantis said.

"We are going to be doing certain civics courses, which is very important, but you can also incorporate civics into other subject matters as well," the governor said. "You can do it in English, you can do it of course in History and all these other places. So yes, if you're a civics teacher, you should get this seal of excellence for sure, but you can also get it if you're teaching other subjects."

The governor also addressed teacher salaries in the state of Florida, saying that last year his administration had an initiative to take the state from the bottom half of states to the top five states for average minimum salary for teachers.

"We're now in the top five," DeSantis said. "We're looking to do even more this year, because we believe that recruiting good people to be in the classroom is something that we need to do going forward."