DCPS said Christine S. Dennard, who is a music teacher at the school, was arrested without incident at First Coast High School by the Jacksonville Sheriff's Office. 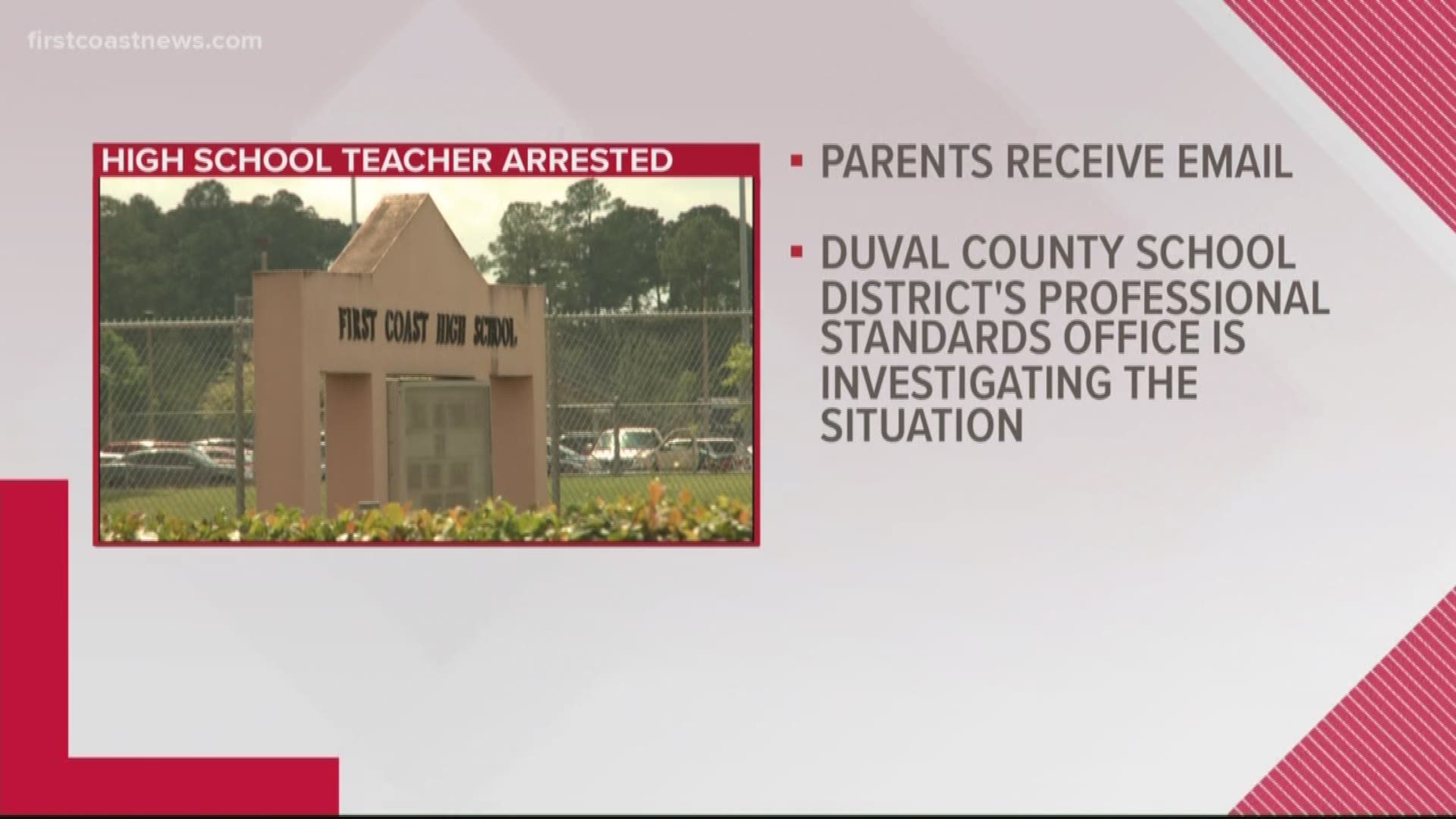 A First Coast High School teacher was arrested Friday after allegations of "inappropriate sexual conduct" with a former student, according to a release by Duval County Public Schools.

DCPS said Christine S. Dennard, who is a music teacher at the school, was arrested without incident at First Coast High School by the Jacksonville Sheriff's Office.

An internal investigation will be conducted by DCPS to determine the validity of the claims of inappropriate sexual conduct with a former student on campus, DCPS said.

Dennard began teaching at First Coast in August of 2015, and she has not been employed by any other school in the district, DCPS said.

Dennard was charged with five counts of unlawful sexual activity with a 16 or 17-year-old victim, according to JSO inmate records.

By Saturday, Dennard bonded out of jail, records said.

“We have nearly 7,000 teachers in this district that go above and beyond the call of duty to help students achieve,” said Dr. Diana Greene, superintendent of Duval County Public Schools.  “It is deeply disappointing when any individual’s actions cast a shadow over the outstanding work of so many.  However, we will always fully cooperate with law enforcement and other agencies to ensure that adults alleged to harm children are brought to justice.”

The following message was sent to parents about the situation:

This is Principal Fluent calling, and unfortunately I need to end your week with a bit of really disappointing news.

Unfortunately, Jacksonville Sheriff’s Office visited our school today to take one of our teachers into custody. The arrest of our music instructor, Christine Dennard, stems from allegations of inappropriate sexual conduct with a former student of our school.  JSO took Ms. Dennard into custody without incident. The district’s professional standards office is also investigating this situation.

While this is obviously a huge disappointment to me and our school community, at Duval County Public Schools, we will cooperate fully with law enforcement and any other agency to ensure adults alleged to harm children are brought to justice.

In Ms. Dennard’s absence we will be covering her classes and activities with a substitute teacher, and we will work closely with our district resources to support our music students through this time of change.

As always, please reach out to me at the school if you have any questions or other feedback, and despite the difficulty of this news, I hope you have a good weekend and that we can maintain our focus on learning and achievement when we return to school on Monday. Thanks, and have a good evening.