What's expected to cost the most are sports uniforms and athletic gear. 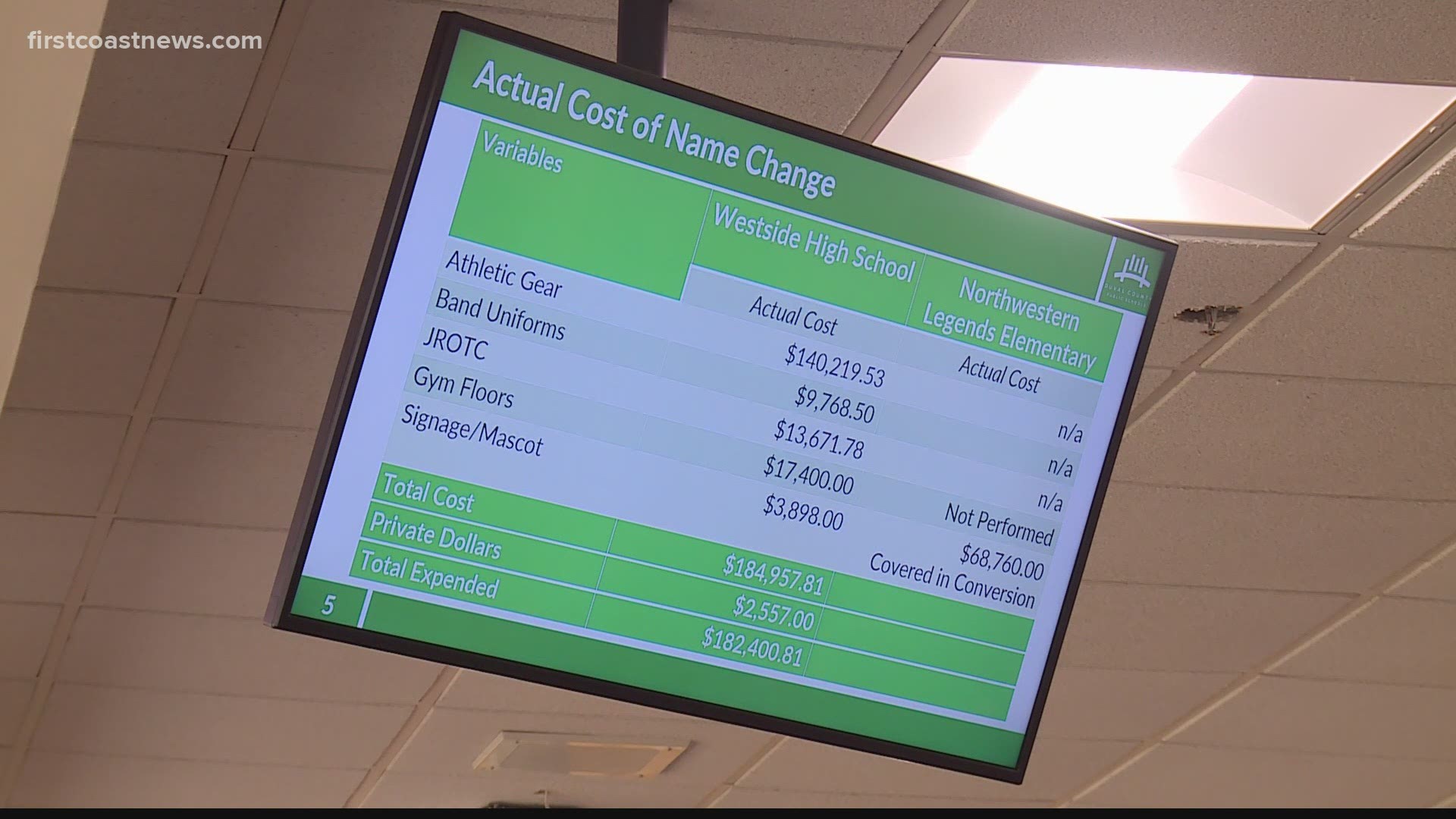 JACKSONVILLE, Fla. — The Duval County School Board was presented with new information Tuesday morning on the cost of a hotly contested topic in Duval County: renaming schools.

Nine schools are going through the process of possibly being renamed.

A big takeaway is that no sales tax dollars will be used in the renaming process. What's expected to cost the most are sports uniforms and athletic gear.

That's what the district anticipates will cost the most this time, followed by the school mascot, which the superintendent notes may not need to change, band uniforms, and gym floors.

At the meeting Tuesday they also went over where the money for these changes at Westside came from, which was mostly from a special account that was established out of general fund dollars.

The chief financial officer says additional money for name changes would be built into next year's budget. She was asked what using the money for this could take away from schools. She said there could be cuts but it's too early to tell because next year's budget is not complete.

This week there are two meetings at Andrew Jackson High School on the name change. They are Tuesday and Thursday at 6 p.m. in the auditorium.

Learn about the voting process and where your school is in the process here.

@DuvalSchools board members really want to get the message out:

Sales tax dollars will not be used for any re-naming process @FCN2go pic.twitter.com/cRf3BwOOac